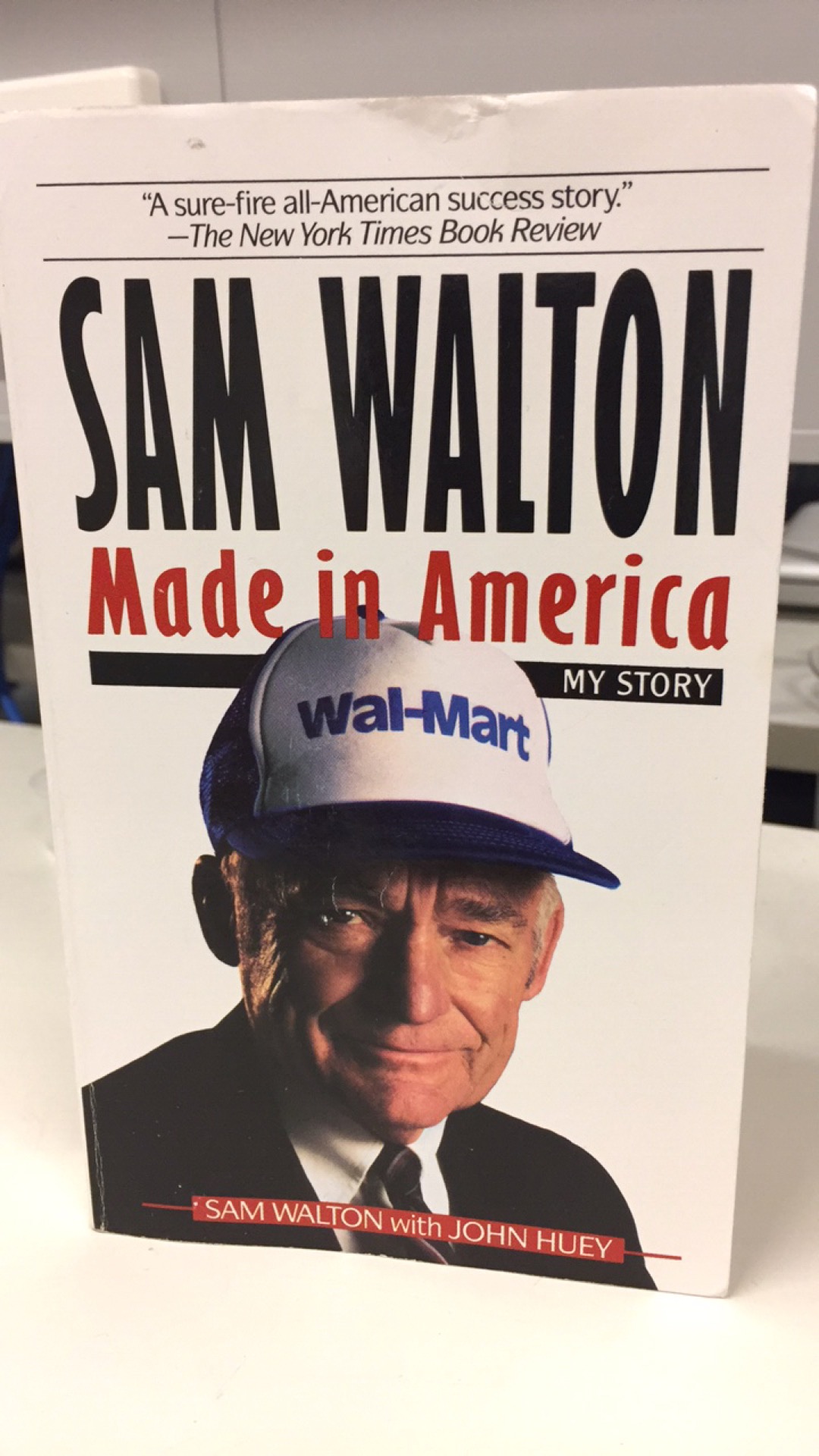 There are many businesses out there today, both online and brick and mortar… few will ever come close to the sheer size, growth and success of Walmart, founded by none other than Sam Walton.

Made in America was written by Sam Walton while he lay on his death bed, recounting his life both inside and outside of business from his very first taste in retail discounting to purchasing Benjamin Franklin stores and founding the powerhouse discount retailer that we know today as Walmart.

Having recently read The Everything Store, Grinding It Out, and How To Swim With The Sharks Without Being Eaten Alive I expected the tone and lessons from Walton to be very similar…

Walton built his empire from the ground up and there’s 1 particular lesson is without a doubt pivotal to his success. 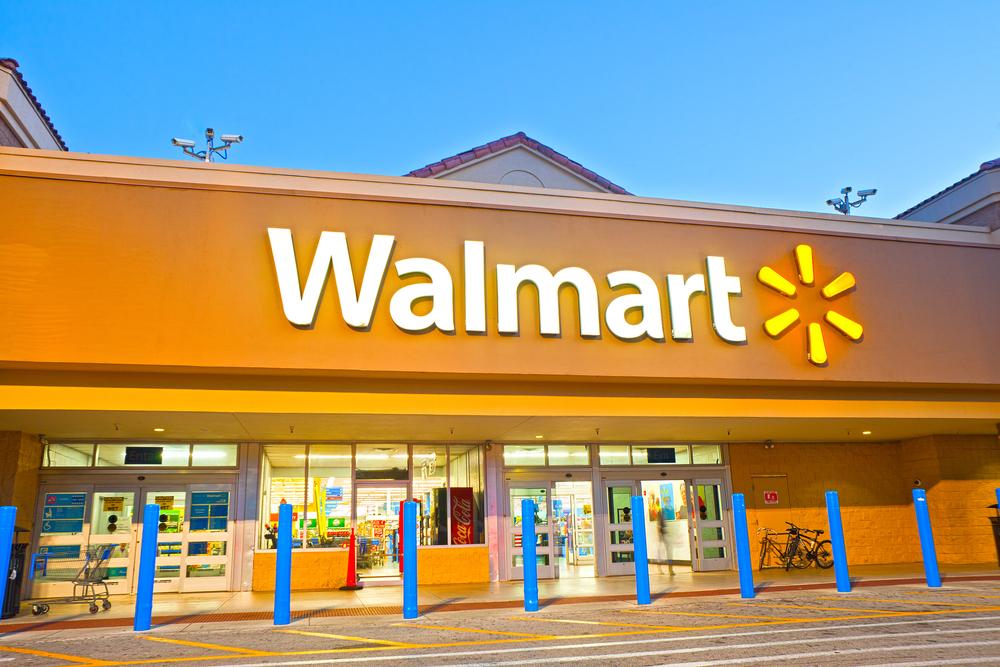 Learn From Everyone (Be Humble!)

Sam Walton spent more time in his competitors stores than in his own!
Everyone is humble in the beginning, however as we begin to taste a bit of success we suddenly think we’re experts. We stop learning and seeking knowledge and continue on our own path.

This can often lead to our downfall.

Sam Walton’s #1 lesson is that you can learn from EVERYONE.

From inspecting the shelving and merchandise in stores across the road from Walton’s Walmart franchises to flying his plane and crawling across the floor in overseas department stores in order to measure the width of their aisles… Walton learnt from everyone.

The managers of his stores knew this.

Hanging items from the ceilings, buying unheard of products in at ludicrously large quantities and setting up ice cream and popcorn makers out the front of his stores… Walton tested, measured and experimented with many, many new ideas which today are the norm in discount retailers and supermarkets.

Innovation and experimentation isn’t always cheap – the first bank loan Walton took out was for an $1,800 ice cream maker which he claims to this day was one of the best experiments Walmart made.

Walton’s first successful Benjamin Franklin variety store was pulling in immense profit in the 1940’s which quickly became the talk of the town.
Many were happy for Sam… some were not.

Sam Walton’s landlord took 5% of all profits and refused to renew Sam’s lease at the end of the agreed period, regardless of cost.

Walton took a hit, set himself back up again and NEVER made the same mistake.

Every lease agreement was studied, every necessary clause was inserted.

You do not need to reinvent the wheel.

There are existing blueprints, templates and methodologies that other people are using that work.

It Takes 20 Years To Become An Overnight Success

“In this age, which believes that there is a short cut to everything, the greatest lesson to be learned is that the most difficult way is, in the long run, the easiest.”

Don’t get caught up in the day to day.

Don’t be the guy running a dodgy fly by night business operation expecting to get rich quick.

Walton encountered many competitors and similar businesses during his rise up, but few to none are around today.
They didn’t build a sustainable business… they took shortcuts in order to fast track their success. those shortcuts ensured their downfall.

When we see someone who has reached the echelon of success in their field as an outsider all we see is the glory, not the story. Yes, if that other guy has achieved what you want there is no question as to whether you lack the ability or circumstance to replicate this success – it comes down to whether you’re willing to walk down and endure that thousand mile road of struggle, failure and frustration… if you’ve got the grit, work ethic and perseverance to see it through however it all pays off.

You’ve heard it before but due to its truth I shall repeat it.. The satisfaction and value of your endeavour or end state is not found in the end product itself whether this be a shiny new car, six pack abs or a few additional figures in your bank account, but rather the struggle and cost we paid (In time and hard work) to obtain it.

Leonardo Davinci, deemed a genius, a prolific inventor and one of the smartest men to live spent years enduring failure after failure… No one mentions that today though do they?

In short, pay the price and endure the hard road because it will pay off.

Promises of overnight success are a marketing ploy aimed at suckers.

Sam Walton Made In America Quotes 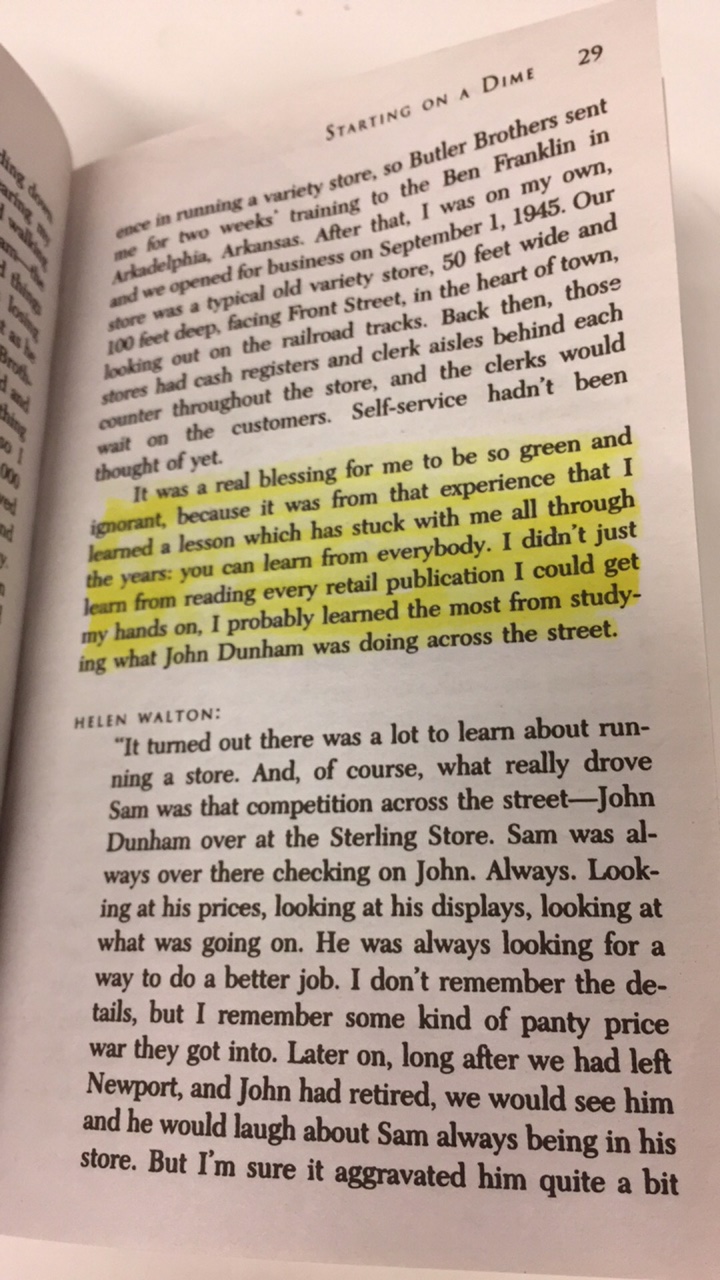 “In business I’ve always been driven to buck the system, to innovate, to take things beyond where they’ve been.”

“Most everything I’ve done I’ve copied from someone else.”

“It was a real blessing for me to be so green and ignorant, because it was from that experience that I learned a lesson which stuck with me all through the years; you can learn from everybody.”

“High expectations are the key to everything.”

“There is only one boss: the customer. And he can fire everybody in the company from the chairman on down, simply by spending his money somewhere else.”

“Every time Wal-Mart spends one dollar foolishly, it comes right out of our customers’ pockets. Every time we save them a dollar, that puts us one more step ahead of the competition—which is where we always plan to be.”

“And like most other overnight successes, it was about twenty years in the making. Of”

Pick Up Your Copy Of Sam Walton’s ‘Made In America’ Here.

Scott J.https://ignorelimits.com
I’m SJ. I’m a fitness enthusiast and published author. I transformed my body from a skinny fat 135lbs with 18% body fat to a solid 192lbs at 8% body fat. I became qualified in a field I was passionate about. I founded several online businesses that allow me to pursue ideas and projects in my life that I am passionate about without having to constantly worry about money. I published several eBooks explaining the training and dieting techniques I used to achieve the body I have today. I learnt a plethora of new information on dieting and fitness by reading and applying what I read, to find out what does work and what doesn’t work, because as I’m sure you’ve noticed the health and fitness industry is full of non-sense claims and BS. I found out what was true and what worked for me and applied that knowledge. And you bet I had fun during the whole process.
Previous article
The Fish That Ate The Whale Summary (The Banana King)
Next article
Lessons in Self-Reliance by Ralph Waldo Emerson

The 1 Thing You Need To Know About Fitness Magazines

How To Cut Without Losing Muscle And Strength

Benefits Of Hiking: My Experience