The One Thing Book Summary 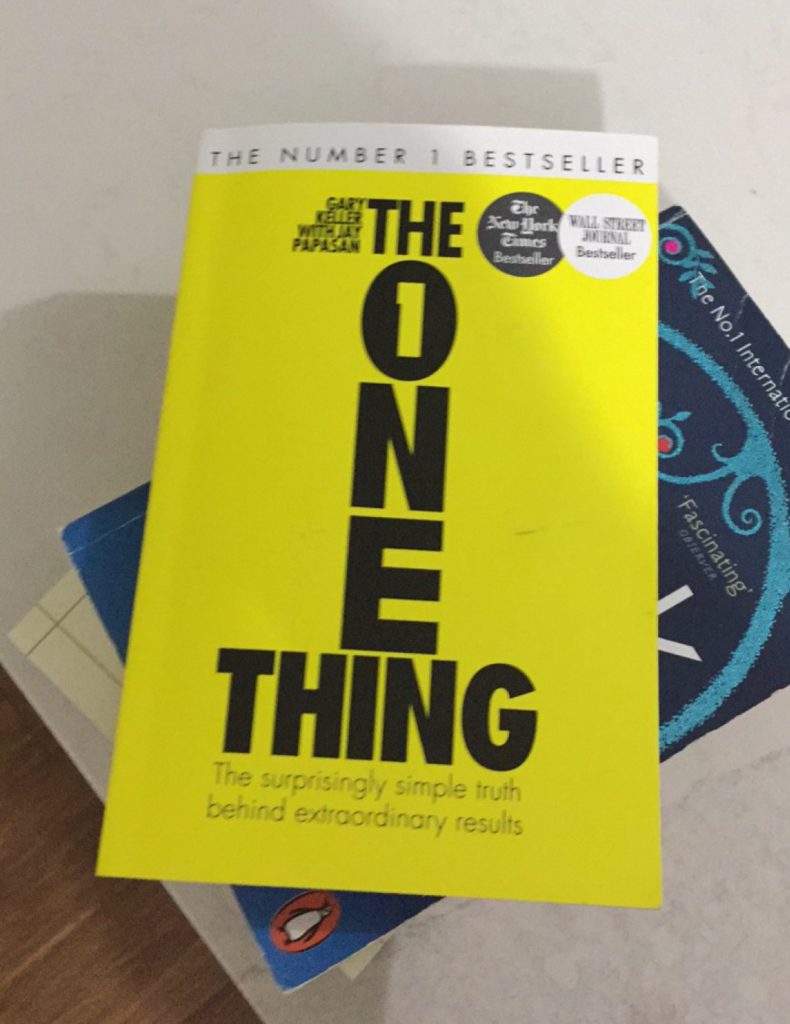 We all have 24 hours in a day, yet a select group of individuals are able to achieve far, far more than us in this allotted time period.
They’re not freaks of nature – they eat, they sleep, they have a family… so what actually separates these productivity machines from us mere mortals?

According to Gary Keller, author of best-selling book ‘The One Thing’ it’s simply just that, one thing. 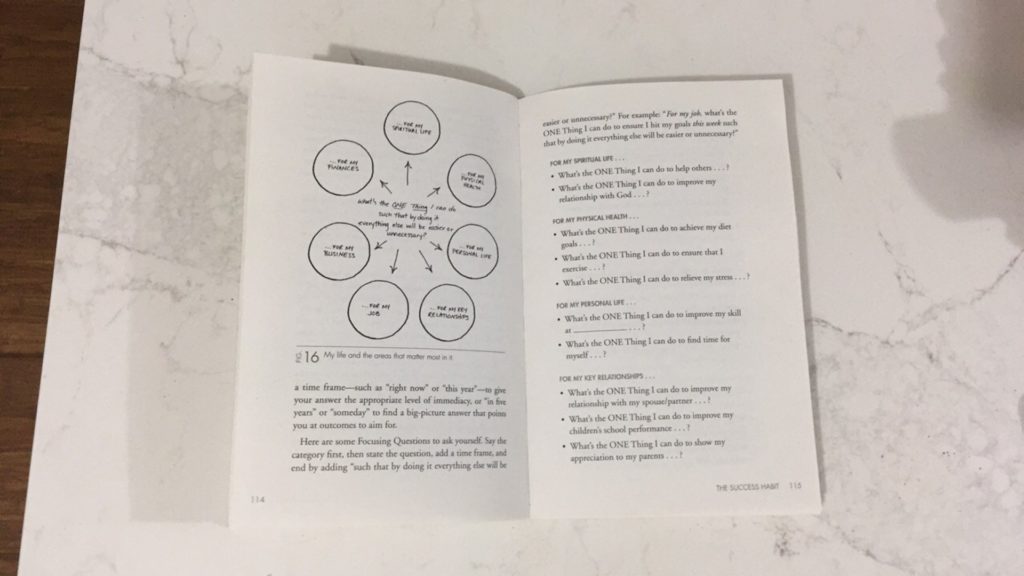 You Must Begin To Topple The Dominoes

The myth of multi-tasking has been debunked.
If you want true success which requires true focus you must see your path to attaining it as if it were a line of dominoes, requiring you to focus on the most important first action, the initial toppling of the first domino which will set you up for success with the momentum and clear focus built along the way.

There Are Six Lies Between You & Success

We’ve been lied to for too long, and as such we’re not particularly productive… here’s why:

Regardless of whether you’re a beggar on the street or the dictator of a nation your willpower is finite.
it comes as no surprise that we’re loaded with a full tank of willpower in the early hours of the morning, but as the day progressing, as we have to exert our willpower in various situations the tank begin to run low… leaving you susceptible to bad decisions later in the afternoon.

Protect your willpower and use it only as necessary.

You Must Know The Focusing Question

“What’s the one thing I can do such that by doing it everything else will become easier or unnecessary?”

To-do lists are often loaded with tons of low level unnecessary items, often just as a means of convincing ourselves that we’re productive (when we’re in all actuality just busy).

Cut down your to-do list to contain only the key tasks that’ll take your closer to that one thing goal of yours – you can take it to the extreme by cutting down your success list to one or two items again, this is a pareto extreme.

Highly productive people are somewhat like an iceberg – we only see the tip (their productivity).
What we don’t see is under the water, this is the key portion that seperates them from the average and low achievers…

These two unseen portions are purpose (an end state goal) and priority (they know time waits for no man, we’re not guaranteed tomorrow!).

Do Not Be A Hyperbolic Discounter

You must be willing to sacrifice time today for a better tomorrow.

The hyperbolic discounter is unwilling to do this, they’re willing to accept something small now instead of waiting it out and receiving a far more colossal reward in the future.

This is the epicurean mindset – don’t be so quick to look for the quick success or the quick satisfaction as it will not be as fulfiling as you think.

Be a stoic, an ancient investor willing to forego the temporary pleasure of the small reward today in order to wait or grind it out and receive a far bigger payout in the future (along the way you’ll actually discover that fulfilment and happiness are part of the journey!).

You don’t have to work 16 hours a day, as these 16 hours are often un-focused work  and will lead to you burning out over time (busy, not productive).
Instead, block off a period of 3 – 4 hours to do your work and relentlessly protect this block of time as best you can.

Isolate yourself in a room, turn off your phone and eliminate all other distractions, tell others you won’t be available… whatever you need to do to ensure you’re getting your allocated time block for getting that one thing done.

There Are Four Thieves Attempting To Steal Your Productivity

Become Accountable, Not A Victim

There must be a paradigm shift in order to adopt the winning mentality.

You can NOT act as if you are a victim – you can’t look to blame others for your circumstances or the lack of success you’ve encountered up to this point.
The victim is always looking to point the blame and seek sympathy.

The winner is accountable, they see things for what they are.
When something bad happens they take a moment to view it for what it really is, they learn from it and they take action without any bullshit sympathy seeking or time wasted.

The One Thing Quotes I Highlighted 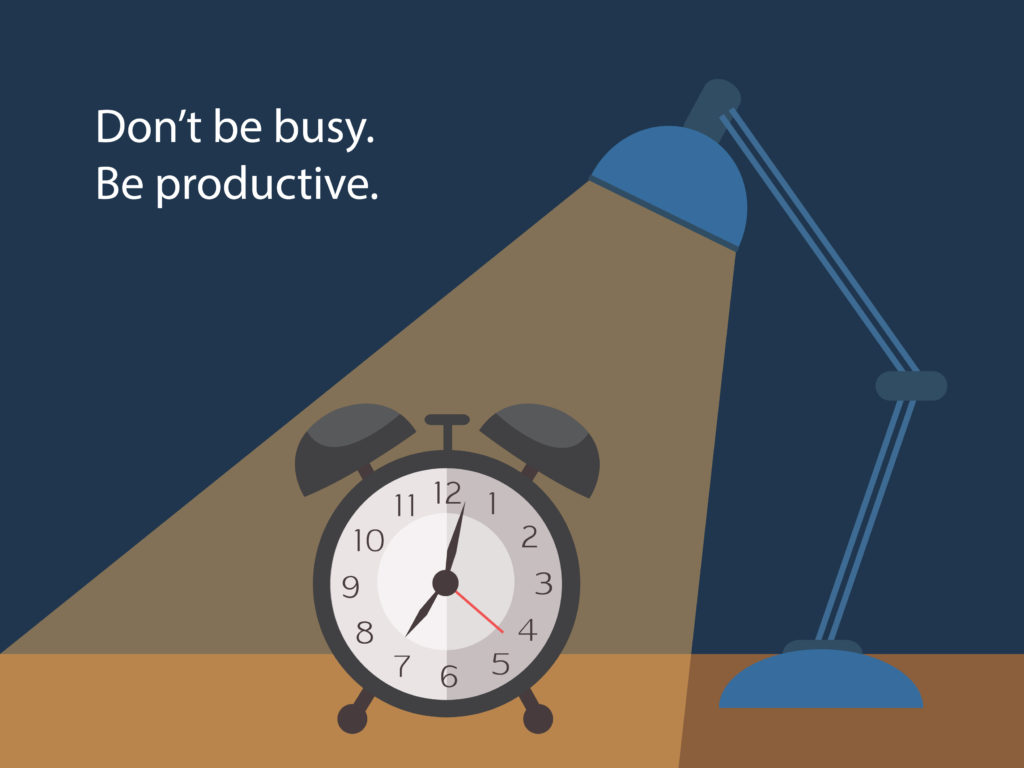 Below are a number of the standout quotes I found in The One Thing, this is not an exhaustive list and I highly recommend checking out this book.
It’s a breath of fresh air to find a relatively short book loaded with such a huge amount of solid, actionable content.

“Success is sequential, not simultaneous”

“Success isn’t a game won by whoever does the most”

“Do you think you can cut a deal with hod that time stands still for you, holding off on anything important until you’re ready to participate again?”

“Judge a man by his questions… not answers”

“When you gamble with your time, you may be placing a bet you can’t cover”

“One of our biggest challenges is making sure our life’s purpose doesn’t become a beggar’s bowl, a bottomless pit of desire continually searching for the next thing that will make us happy. That’s a losing proposition.”

>>Get Your Copy of The One Thing Here<<

Monk Mode: The Path Of The Ultimate And The Keys To Self-Mastery Review