CrossFit… Spreading Like Wildfire!
CrossFit has been around for a number of years now, and we’ve talked about it before however as more and more ‘boxes’ continue to open their doors in my town I with members from regular fitness and bodybuilding gyms flocking to ‘boxes’ with assurance that time spent doing their daily WODs will have them forging a super-hero like physique with unbeatable strength, conditioning and aesthetics.

Unfortunately, there’s no way CrossFit can give you that end-state…

CrossFit is a prime example of the bandwagon effect in full swing. Many newbies to the fitness world decide to give CrossFit a try, perhaps they do a week long trial at a CrossFit box or they sign up for a months’ worth of classes… not long after they’re preaching to everyone they know that CrossFit is the ultimate style of training to lose body fat, build muscle and become fit as hell… because this is what they’ve been told over and over and over again!

The CrossFit community is incredibly strong, and it doesn’t take long for someone to get sucked into the hype. In terms of building muscle mass a compound exercise based, low rep style of weight training is far superior, however as this is more of a solo venture (bodybuilding doesn’t have the same team or community vibe that CrossFit does) so the beliefs aren’t running as rampant as in a CrossFit box.

Am I Just A Hater?

Now, this isn’t particularly surprising and there are a few likely causes:

When performing compound exercises like the squat, deadlift or even more advanced Olympic lifts such as the snatch it is essential that correct form is being utilized – CrossFit coaches NEED to teach all newbies the proper form and ensure they use it.

Individuals are encouraged to push A LOT more weight than they really should be during their WODs which leads to a compromise in form, resulting in a highly increased risk of injury.

I have goals and I’m not ignorant to new exercises, protocols or forms of training – if they work I’m more than happy to make the change.

I know there’s more than one path to the peak of the mountain.

If I was a casual athlete, looking to socialise and throw in a mixture of different exercises perhaps CrossFit would be worth considering, however if you’re a reader of my blog you’re a go-getter. You want results… you’ll probably agree that CrossFit isn’t for you either!

And now without further adieu… 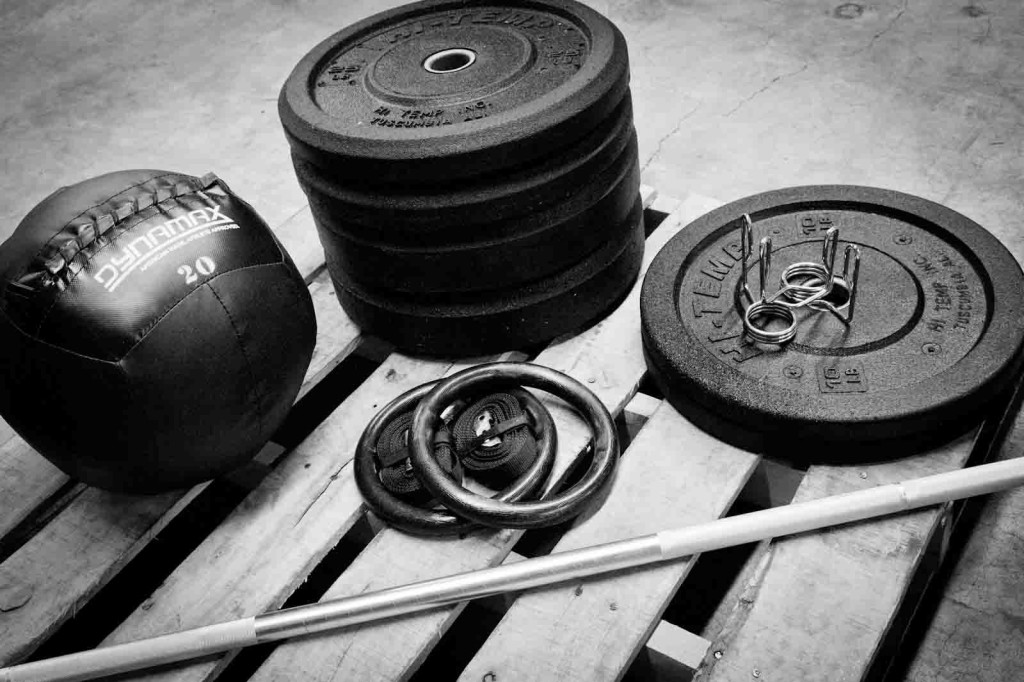 WODs Can Be Downright Dangerous

When it comes to a regular lifting workout heavy compound movements come first. This is for a number of reasons…
Compound exercises are the big mass movers, you lift heavy, you build strength and size as a result.
Moving heavy weight in the form of a squat or an overhead olympic style lift requires strict form to prevent risk of injury, when we’re fresh good form is easy.

But that’s not how CrossFit does it…

After looking through a number of WODs there’s heavy olympic and compound exercises scattered throughout the intense, time restricted workouts.

Running 2 miles then performing high repetition deadlifts or attempting to beat the clock and squeeze 10 sets of barbell back squats into a 10 minute workout will have your physiotherapy laughing all the way to the bank.

Speed and ‘checking the box’ take priority over safety and good form.

Kipping Is A Complete Waste Of Time

Pull-ups, leg raises, muscle-ups… you name it – CrossFit does them with a kip.

Performing reps of any exercise (let alone an entire set!) while kipping is not only a waste of time but it also looks ridiculous.
Muscle and strength are built via progressive overload, in order to apply progressive overload we need to increase the tension we’re placing on our muscles.

Kipping is the use of momentum to get through the hardest portion of the movement, when momentum comes into play there’s no tension. Without tension there’s no growth.

The constant swing when hanging during a set of kipping pull-ups places the shoulder in many vulnerable positions.

There is nothing productive or safe when it comes to kipping, in the bodybuilding world if you’re kipping or using momentum of any means during your set it’s a clear sign that the weight you’re lifting is too heavy, or if you’re utilizing momentum on a bodyweight exercise you may need to take a step back and perform a lower progression of the movement.

Being able to say you ‘killed your workout in 12 minutes’ isn’t a sign that you’re on the gain train.

Building muscle and strength takes time, if you’re able to blast through sets of pull-ups, heavy olympic lifts and abdominal work in 12 minutes there’s going to be a couple of things that need addressing…

Your rest is non-existent

Rest periods are crucial during your workout, if you’re able to perform an entire workout without a rest period between sets, exercises or rounds you’re not giving it your all.

Good form with heavy weight on compound exercises takes time, you can’t expect to bang out 4 sets of deadlifts at 90% of your 1 rep maximum within a 3 or 4 minute period, it should take at least double that time to get them done correctly (with sufficient rest between sets to move the weight).

As we discussed earlier, kipping is counter-productive and a waste of time, it’ll get you nowhere besides your physiotherapist’s waiting room.

Priding yourself on the ability to beat the 2 minute timer and smash out 50 pull-ups in that miniscule time frame is a clear sign of partial reps and kipping, good form takes time, full range of motion takes time and results most certainly take time.

The play on ‘quick’ workouts is bullshit.

Building a noteworthy physique is simple, but it isn’t easy.

CrossFit’s ‘WODs’ are ever changing. In order to develop an aesthetic physique muscle groups must be consistently trained.

Not only does poor form in the way of half reps and kipping reduce the tension on the muscle and only work a small portion of the muscle group but your risk of injury is through the roof, if you’re unlucky enough to sustain a lower back or rotator cuff injury you can expect to be out of training for quite some time.

It takes longer than 10, 15 or 20 minutes to get in the volume (at weight) with sufficient rest periods.
45 minutes – 1 hour is the general time frame I work with.

CrossFit is a general ‘one size fits all’ style of training.
A good physique can be built with a cookie cutter bodybuilding style regime but a great physique requires personalization – emphasis on weak points and reduced volume on over developed muscle groups to ensure strength, symmetry and proportion.

CrossFit is a registered business, every single CrossFit gym in existence (well, those that call themselves a ‘CrossFit’ gym and don’t say ‘Cross Training’ to get by) have to pay fees to Greg Glassman, founder of CrossFit.

Plyometrics, Calisthenics, Bodybuilding and HIIT are not businesses, they’re a means of training,  a set of tools and principles to use to transform your life. We’re able to throw around these words…

Unfortunately CrossFit is profiting, and profiting big from this.

If you intend on using the word CrossFit, whether you’re a gym owner, a personal trainer, an author… it’s going to cost you.

This post should not be interpreted in the wrong way.

CrossFit has brought along with it the rise of functional training in general. Utilizing pull-up bars, ropes, medicine balls and gymnastic rings is great – increasing mobility and keeping it nice and light on the joints with these low impact exercises is a breath of fresh air, but the manner in which CrossFit throws all these moves together with poor programming while pulling immense profit is the part of the matter I beg to differ on.

What’re Your Thoughts On CrossFit? Let Me Know In The Comments Below!

Scott J.https://ignorelimits.com
I’m SJ. I’m a fitness enthusiast and published author. I transformed my body from a skinny fat 135lbs with 18% body fat to a solid 192lbs at 8% body fat. I became qualified in a field I was passionate about. I founded several online businesses that allow me to pursue ideas and projects in my life that I am passionate about without having to constantly worry about money. I published several eBooks explaining the training and dieting techniques I used to achieve the body I have today. I learnt a plethora of new information on dieting and fitness by reading and applying what I read, to find out what does work and what doesn’t work, because as I’m sure you’ve noticed the health and fitness industry is full of non-sense claims and BS. I found out what was true and what worked for me and applied that knowledge. And you bet I had fun during the whole process.
Previous article
5 Overhead Press Mistakes You’re Probably Making
Next article
5 Foam Rolling Mistakes That’ll Sabotage Your Mobility

Lessons From The Ancient Ninja (True Path of the Ninja Review)

5 Reasons Why You Can’t See Your Abs

How To Stay Motivated To Build Muscle

How To: Bent Over Two Dumbbell Row