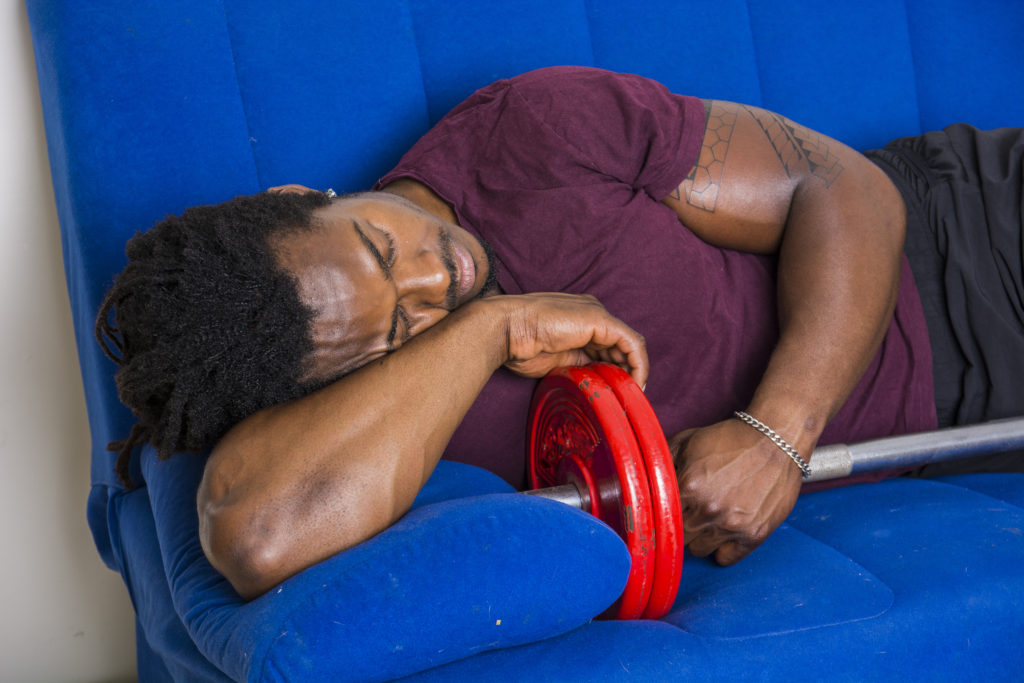 You can give it your all in the gym – keeping your rest time between sets low, lifting heavy on your big compound movements, performing drop-sets, supersets… the works.

But if you fail to put the same effort into your recovery, particularly your sleep you’ll find that your rate of progression will quickly deteriorate, hell – this is how the vast majority of guys run into plateaus.

I’ve said it before, when you hit a plateau the solution is outside of the gym.

Today we’ll delve into some sleep optimization techniques you can implement into your life for bodybuilding.

Understanding The 5 Stages Of Sleep 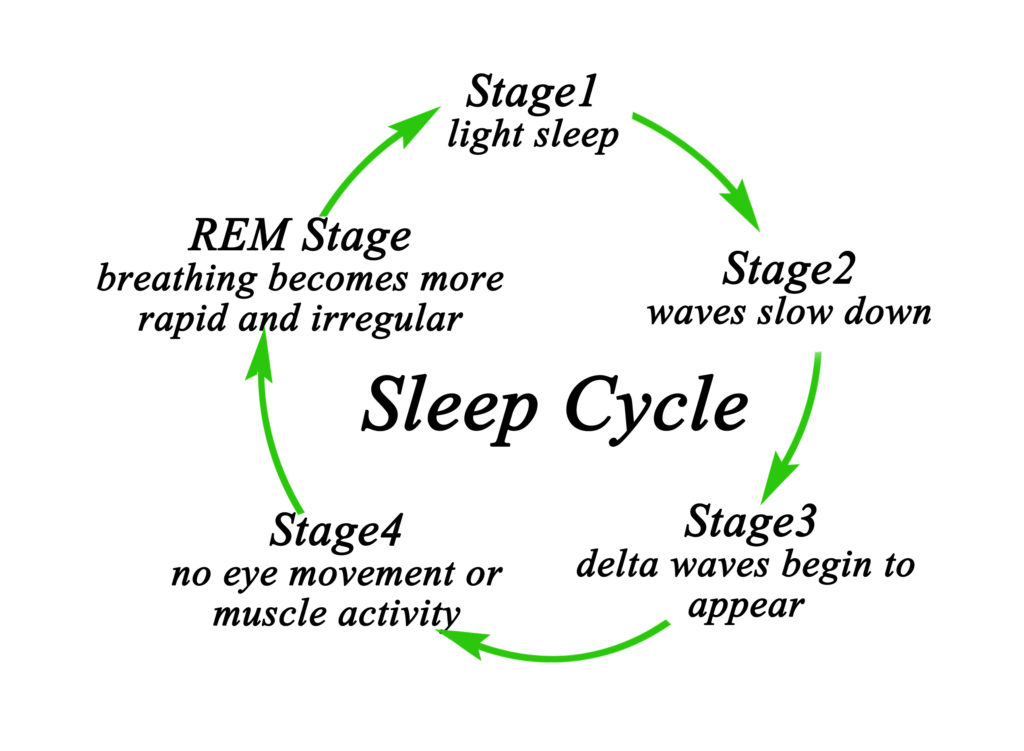 Stage one, also known as the transitional phase of sleep begins with an individual finding themselves floating in and out of consciousness.
You’ve likely caught yourself drifting in and out of stage 1 sleep while reading a book on the couch or watching Netflix.

Jerking muscles and the feeling of ‘falling’ are often apparently during stage one.

Roughly 50% of your sleep each night will be spent in stage two.
Stage two is a light sleep, with your heart rate beginning to slow down while your body temperature also slightly drops.

You’ll find your eye movement ceases and your brain waves slow down.

Stage three and four are your deepest states of sleep, if you wake up during stages three or four of your sleep cycle you’ll often find yourself feeling groggy and disoriented for a little while after waking up. Stages three and four are joined together as one as these are both stages of SWS (slow wave sleep).

These stages are referred to as slow wave sleep as your brain waves decrease to delta waves.

During these stages your blood pressure also begins to drop down even more while your breathing becomes rthymic and deeper/slower.

This is where the real recovery occurs, with blood flow to your muscles increases – filling them with restorative oxygen as well as nutrients.

Stage five is the stage of REM (rapid eye movement) which makes it unique to the other four sleep stages. You’ll likely be spending around 20% of your time sleeping in this REM stage.

During REM your mind is full of activity while your body remains immobile.

Why ‘rapid eye movement’? well, your eyes are literally darting in many different directions while your body is immobile.

Your blood pressure begins to rise once again while your breathing becomes irregular.

The majority of dreams occur during stage 5 of your sleep.

Towards the end of stage five our core body temperature begins to rise once again as you slowly begin to wake up.

How Long Should You Aim To Sleep For To Ensure Maximum Gains?

Studies and research on the optimal number of hours sleep we should be getting each night is constantly changing, but from my own personal experience over the last 9~ years I find between 7 and 8 hours to be the sweet spot.

I personally have not found any added benefits from sleeping in excess of 8 hours, nor can I afford to sleep for more than 8 hours per night due to my early rising.

A night here and there with 5 or 6 hours of sleep isn’t too detrimental, however when this occurs multiple nights in a row that’s when you’ll find it begins to quickly catch up to you. Not recommended.

The Best Way To Optimize Your Sleep 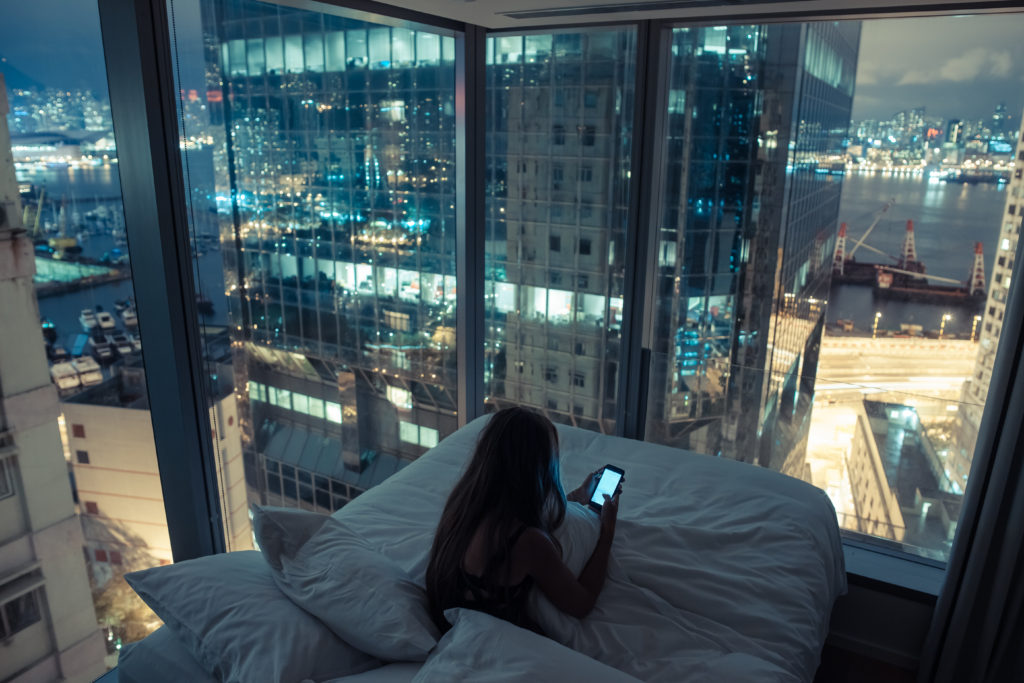 I’m a big advocate waking up early and having a morning routine to get your day started, but an evening routine is just as important (albeit, discussed far less!).

Without a solid pre-sleep ritual you’ll it near impossible to consistently wake up at or prior to 5am with the necessary energy to take charge of your morning. Here’s how you should end each day to ensure you’re setting yourself up for success the following morning.

Between 7pm and 8pm you should have your last meal of the day and begin to turn off all electronic devices.

Between 8pm and 9pm you should have conversations with loved ones, read a book and have a periodic epsom salt bath.

Between 9pm and 10pm you should prepare for sleep in a cool, dark, technology-free bedroom after getting your things organized for pocket #1 of your morning routine.

The key points here are:

ensure you’re not consuming any stimulants (particularly caffeine) too close to bedtime as caffeine has a half-life of 6 hours (it takes 6 hours for your body to break down half of the administered dosage).

Stop using technology an hour or more before going to bed – turn off the TV, put down your phone.

Ensure your room is dark, quiet and cool as there’s no chance of a good nights sleep in a bright, hot and noisy room.

What’s Your Take On Bodybuilding Sleep? Let Me Know Below!

7 Day Split Workout – The Ultimate Routine For Size And Strength?