The Arm Blaster – Your #1 Tool For BIG Biceps…

The following post will detail my thoughts and experience using an arm blaster, an unconventional training tool often used in the golden era of bodybuilding. Known as the arm blaster, also referred to as a bicep blaster.

The arm blaster is a fantastic tool, when coupled with an optimized training regime and the mindset of a winner you can net some fantastic results. 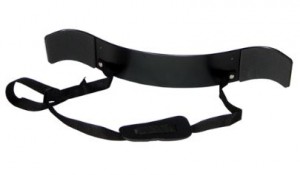 What Actually Is An Arm Blaster?

This is a simple yet fantastic concept as greater isolation means greater tension and stress on the muscle, greater stress and tension on the muscle will promote potential growth in your biceps. 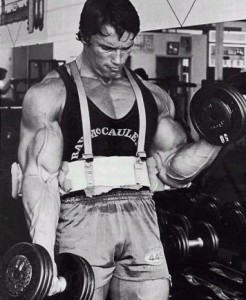 My thoughts On The Arm Blaster

I personally first used an arm blaster in a gym while travelling through Indonesia 2 years ago, the pump I get from performing standing dumbbell curls with an arm blaster is unlike any other arm pump I have had before. Needless to say since arriving back home I ordered an arm blaster and have been using it since.

My biceps are not lagging, but I do find it harder to build the peak of the bicep in comparison to most people (which genetics do play a large role in) however since concentrating on perfect form with my curls while utilising my arm blaster I have noticed a significant increase in the development of my bicep peaks.

An alternate workout I perform partially utilizing the arm blaster is as follows:

Pick up an arm blaster here.

Scott J.https://ignorelimits.com
I’m SJ. I’m a fitness enthusiast and published author. I transformed my body from a skinny fat 135lbs with 18% body fat to a solid 192lbs at 8% body fat. I became qualified in a field I was passionate about. I founded several online businesses that allow me to pursue ideas and projects in my life that I am passionate about without having to constantly worry about money. I published several eBooks explaining the training and dieting techniques I used to achieve the body I have today. I learnt a plethora of new information on dieting and fitness by reading and applying what I read, to find out what does work and what doesn’t work, because as I’m sure you’ve noticed the health and fitness industry is full of non-sense claims and BS. I found out what was true and what worked for me and applied that knowledge. And you bet I had fun during the whole process.
Previous article
Bodybuilding Myths You Must Know If You Want To Grow!
Next article
The Secret Behind WD-40 – A Tale of Success, Failure and the Process

How To: Kettlebell Goblet Squat

Watermelon Pre Workout: Why You Need To Eat Watermelon Before Training

How To Build Big Calves

10 Tips For Hardgainers To Build Mass ‘N’ Get Strong