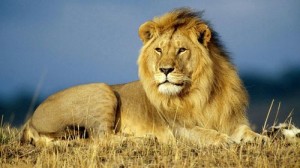 The following traits are essential in my eyes to become a winner.

Men with direction not only know their why, they also possess the following traits…

Don’t allow yourself to make Excuses

A real man will never try to make up excuses for his shortcomings, he will accept not only his successes but also his failures – which he will own and learn from in order to change the outcome the next time around.

This runs congruent with both your external and internal dialogue, don’t allow yourself to complain or try and pass off the blame to others in your head.

It is within your control, so own it.

Quitting is no longer an option

Failure is not apparent until you quit, therefore you will not quit. Success in any endeavour, whether it’s fitness, business or your personal relationships come down to persistence… the individuals in the world today whom are seen as ‘lucky’ to be as successful as they are. However they are simply a by-product of continual persistence.

When an endeavour doesn’t go as planned for the majority of society on the first attempt, or heaven forbid perhaps even the second attempt – they quit, they give up and they will make up excuses about their circumstances in life as to why they were unable to achieve the task at hand which they will often dismiss as a lack of time, a lack of skill or the fact that they don’t have X.

Do not look down upon others – stay consistent with your character

Putting others down is a trait only weak, insecure individuals possess.

A real man will help others in need and lift them up, regardless of their status in society or current position in life. The sense of happiness and accomplishment derived from helping and believing in others in need is far greater than that which can be provided by any flashy material possession.

Your character is to remain consistent regardless of who you’re talking to or interacting with – it could be the president of the United States or a homeless man on the side of the road, you are the same person and you treat everyone the same way.

If you enjoyed this article and want to know more about male traits, examples and exactly how you can implement them I recommend you check out these books…

The Book of Alpha: 30 Rules I followed to Radically Enhance My Confidence, Charisma, Productivity, Success and Life by David De Las Morenas 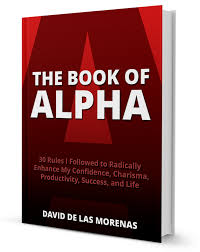 Dominate: Conquer your fears. Become the man you want to be by David De Las Morenas 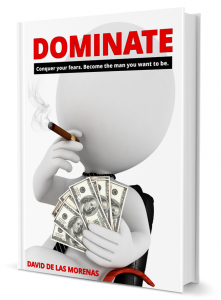 IgnoreLimits Podcast 4 – The Alpha Male Mindset with David from HowToBeast.com