The Rules Of Wealth Book Review 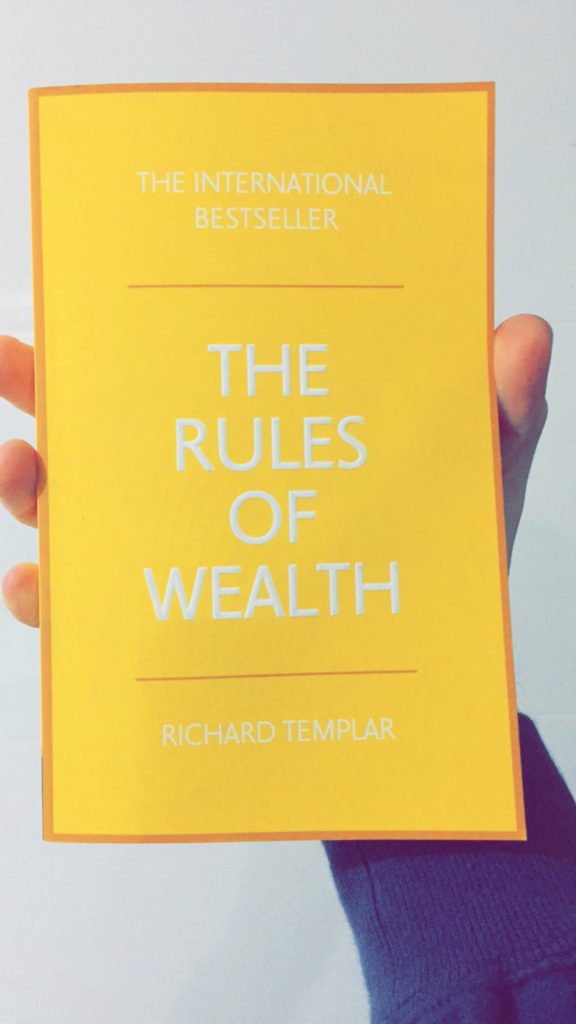 Before we delve into The Rules Of Wealth let’s clear up the old ‘Money can’t buy happiness’ argument.

There always has been debate over the ‘money buys happiness’ statement and always will be.

Over the last few years as I’ve built my online businesses I’ve found that money can buy or at least influence happiness via freedom.

When you have money you don’t have to do things that you would have to otherwise, you aren’t stuck in one location, you can travel where you want and outsource things you don’t want to do.

If however you expect to find happiness by buying big houses or new cars, well you’ve stepped on the hedonic treadmill and there’s no getting off.

Money in a way allows you to eliminate forms of unhappiness in your life.

New boss constantly on your case? If you’ve got money you can comfortably quit without having to worry about the stack of cash for your bills that’s due to be deducted from your savings account the following day. If you’ve got enough cash in the bank (if you’ve built wealth!) you can laugh in his face and never come back.

Richard Templar states that there are 10 categories people choose to spend their wealth on:

Security
A home of your own and enough money put aside to support you now and later in life.

Comfort
A comfy house, a comfy car and all chores such as washing, iron and babysitting being taken care of by someone else whenever you desire.

Mobility
The ability to travel by land, air and sea in first class.

Status
Invitations and access to exclusive people and events. 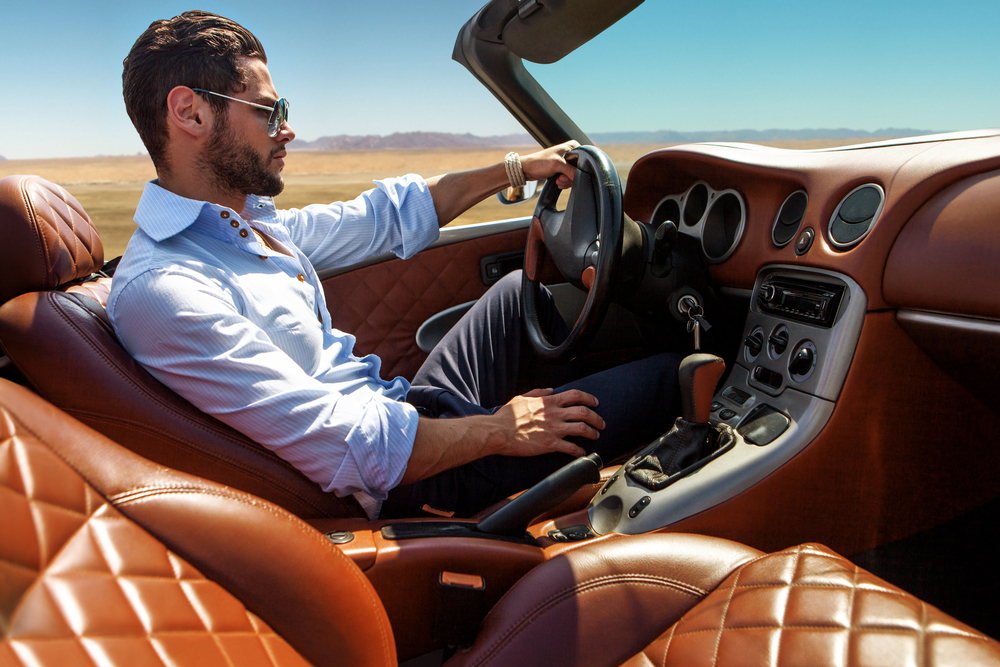 Influence
Being able to give and express your opinion and ideas to the masses.

Freedom
Not worrying about bosses, bills, loans or being a financial burden to your family.

Leisure
The time and ability to go where you want and do what you want without compromise.

Popularity
Being able to entertain extravagantly and often.

Philanthropy
Being able to donate to causes you feel strongly about to make a difference.

Templar runs through over a hundred rules for generating wealth to achieve whatever you desire out of the above.

Below you’ll find my summary on the key concepts and rules that, if implemented and followed correctly will help you change your financial future.

You Must Think About Wealth The Right Way

It doesn’t matter who you are, where you were born or how old you are – money doesn’t discriminate.
Money doesn’t know or care who’s hands its in, therefore you don’t need to ‘qualify’ to become wealthy… you simply need to make the decision that you’re going to take control of your financial future and get to work on doing so.

Don’t look or wait for permission because that time will never arrive. Make the decision and put in the work.

Define What Wealth Means To YOU

Lacking a definition for wealth is like getting in your car without a destination in mind, you can never succeed and say you’ve made it because you haven’t the slightest clue where ‘it’ is.

Once again, there’s no right or wrong answer..

You Don’t Have To Be Ruthless To Get Wealthy

There’s a misconception among the lower and middle class that all wealthy individuals are ruthless, immoral and straight up greedy, selling their family members and stopping at nothing to make cash.

A percentage of fortunes where built upon deception and ruthlessness without a doubt.

You do not and should not need to take this path to amass wealth, you can make bank and sleep at night too provided you choose a legitimate vehicle to build your wealth.

As Google says ‘Don’t be evil’.

To Get Money You Must Understand Money

There are many individuals out there that’re supremely intelligent when it comes to general knowledge and book smarts… but financial literacy is a whole different ball game.

In order to amass money you must understand money.

In order to understand money you must be willing to become a student once again and learn: 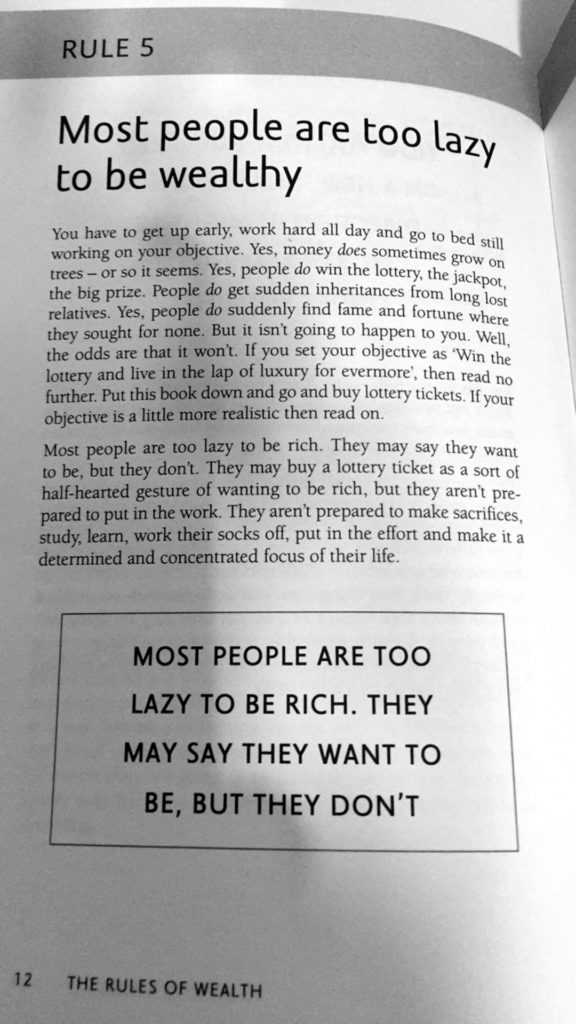 Take Inventory Of Where You Are

Before you begin on the road to riches you must first understand where you are.

Document ALL of your incomings and outgoings in a spreadsheet, quite often it’s not until we see things on paper that we realize where we’re making big mistakes or oversights.

Document any and all bills and budgets and streams of income.

Plug  The Leaks In Your Sinking Ship!

Do you have multiple credit cards with outstanding balances? Do you have a cable television subscription package that’s draining your bank account that rarely gets put to use?

This is the time to throw those things overboard that’re causing your vessel of wealth to sink!

This may mean eliminating unnecessary expenditure on subscriptions, this may mean using your current savings to pay off that one particular credit card with an extremely high interest rate and consolidate the remainder.

Plug that leaking money as best as you can.

Dress For Success (Even Before You Are Successful!)

You will never be taken seriously and be able to mingle with financially literate if you don’t pay attention to detail.

Wearing shabby, old, poor fitting clothes is a prime example of a lack of attention to detail.

Dress for success, fake it ’till you make it… however you want to say it.

Dress well, buy clothes that fit well and you’ll immediately begin to receive more respect and thus increase your chances of spending time with and gaining knowledge from wealthy role models and mentors.

Do not underestimate this step.

The rich get richer and the poor get poorer is 100% correct.

You may have a high income, but unless you’re putting money aside to breed it won’t be able to multiply itself will it?!

Compound interest is said to be the 8th wonder of the world and given an initial sum of money and time you’ll find compound interest has the power to turn a mere snowball into an avalanche.

Without putting money aside for breeding you’ll only be working FOR money, all wealthy individuals understand that the key is to make your money work FOR you.

Every investment vehicle comes with a level of risk and a rate of return, generally the higher the risk the more lucrative the return…

If you’re 25 years old and have no dependents and a chunk of cash stashed aside in case of an emergency do you think you’ll be able to subject yourself to a more lucrative investment opportunity than the 60 year old man that’s winding up his career, about to enter the retirement stage of his life?

The younger and more risk averse may look into the likes of penny stocks, aggressive index funds etc. where the individual with a low tolerance for risk who requires their money in the near future will benefit from a lower return investment with the luxury of a lower risk profile (think: term deposits, high interest savings accounts etc.).

The man that bets his fortune on the roulette wheel knows he has a chance to double his bet, but he also knows that the odds of losing are greater than that of his chances of success.