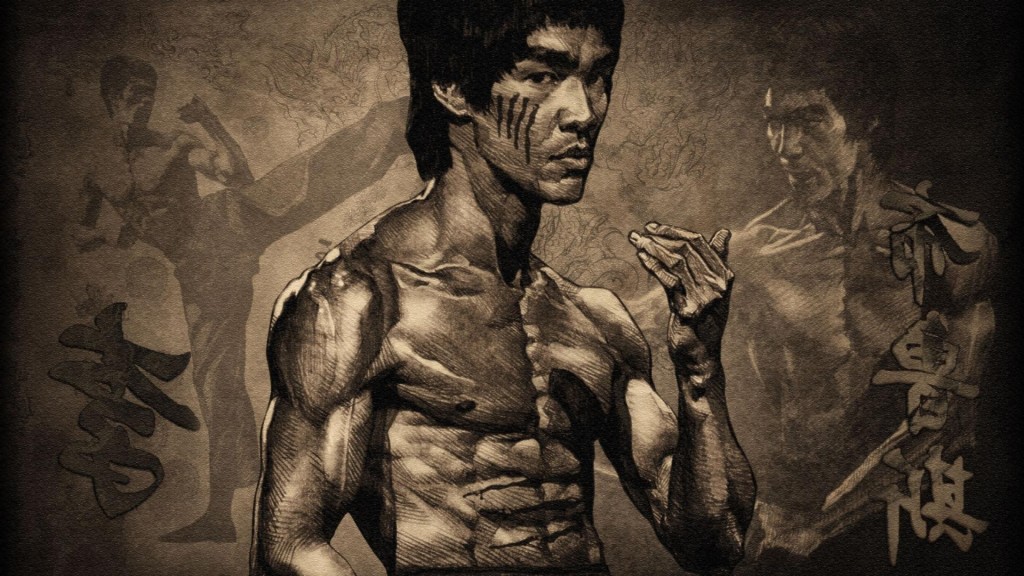 Made famous by Bruce Lee and Sylvester Stallone in Rocky IV, the dragon flag is a killer abdominal exercise that builds immense functional strength in the entire abdominal region.

The movement involves lowering your body as one unit and holding it horizontal to the floor with only your shoulders and upper back supporting your weight – almost resembling a draw bridge.

Keep in mind this is an advanced abdominal exercise, I’d recommend checking out my hanging leg raise progression post to build up your core strength prior to attempting the infamous dragon flag. 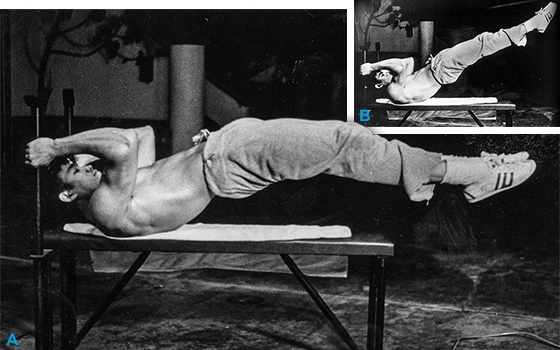 Lay down on a flat bench, gripping the legs or top section of the bench above your head.

Kick your legs up into position as if you were going to perform a straight leg leg raise negative.

While maintaining a horizontal torso slowly lower yourself down towards the bench, stopping just short of your back touching the bench (at this point only your shoulder blades should be on the bench).

Squeeze and contract your core to raise your torso back up to the start of the negative while maintaining a horizontal torso, power through your abs – do not pull with your arms.

Kick your legs up into place and perform negativcs and eccentric holds of the dragon flag as slowly as possible.
Once you’ve lowered yourself down to the bench simply extend your hips and kick your torso back up and proceed with the next rep.

Once you’ve mastered 10~ negative in a row you should be ready to start performing the entire repetition.

A slightly harder variation of the dragon flag…

Instead of keeping your legs together during both the ascent and descent of the dragon flag opt to perform small flutter kicks the entire time.
Note that these kicks should not be big and wild in order to use momentum, your kicks should be small and controlled as a means of increasing abdominal activation. 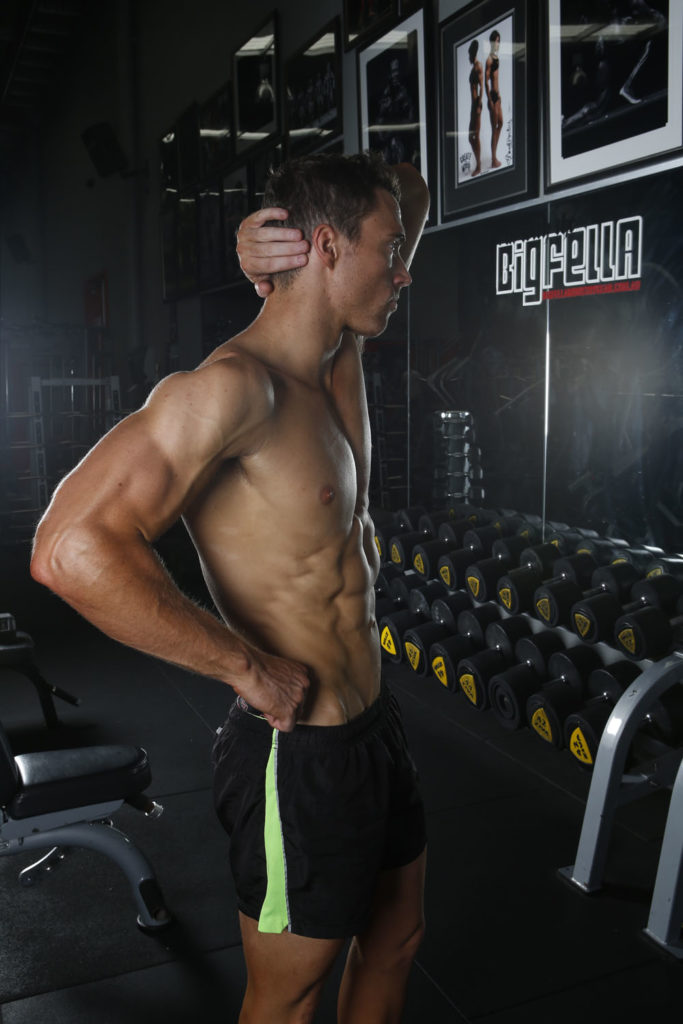 Pulling With The Arms

Without a doubt the biggest dragon flag mistake I see being made is going that aren’t quite ready to perform the full rep attempting to do so by pulling through the arms.
Pulling and jerking from the top of the bench will not only place you at risk of injuring your rotator cuff or neck,but you’ll also be reducing the abdominal activation from the exercise (which is the primary reason why we’re performing the dragon flag, to build a bulletproof core!).

As I mentioned your torso should remain straight for the duration of the repetition, do not let your legs droop down infront of your torso – this is a sign of a weak lower back.
Continue performing negatives with strict form to build up the necessary strength.

Any Questions Regarding The Dragon Flag? Ask Below!