Lessons From The Ancient Ninja (True Path of the Ninja Review)

The True Path of the Ninja Review 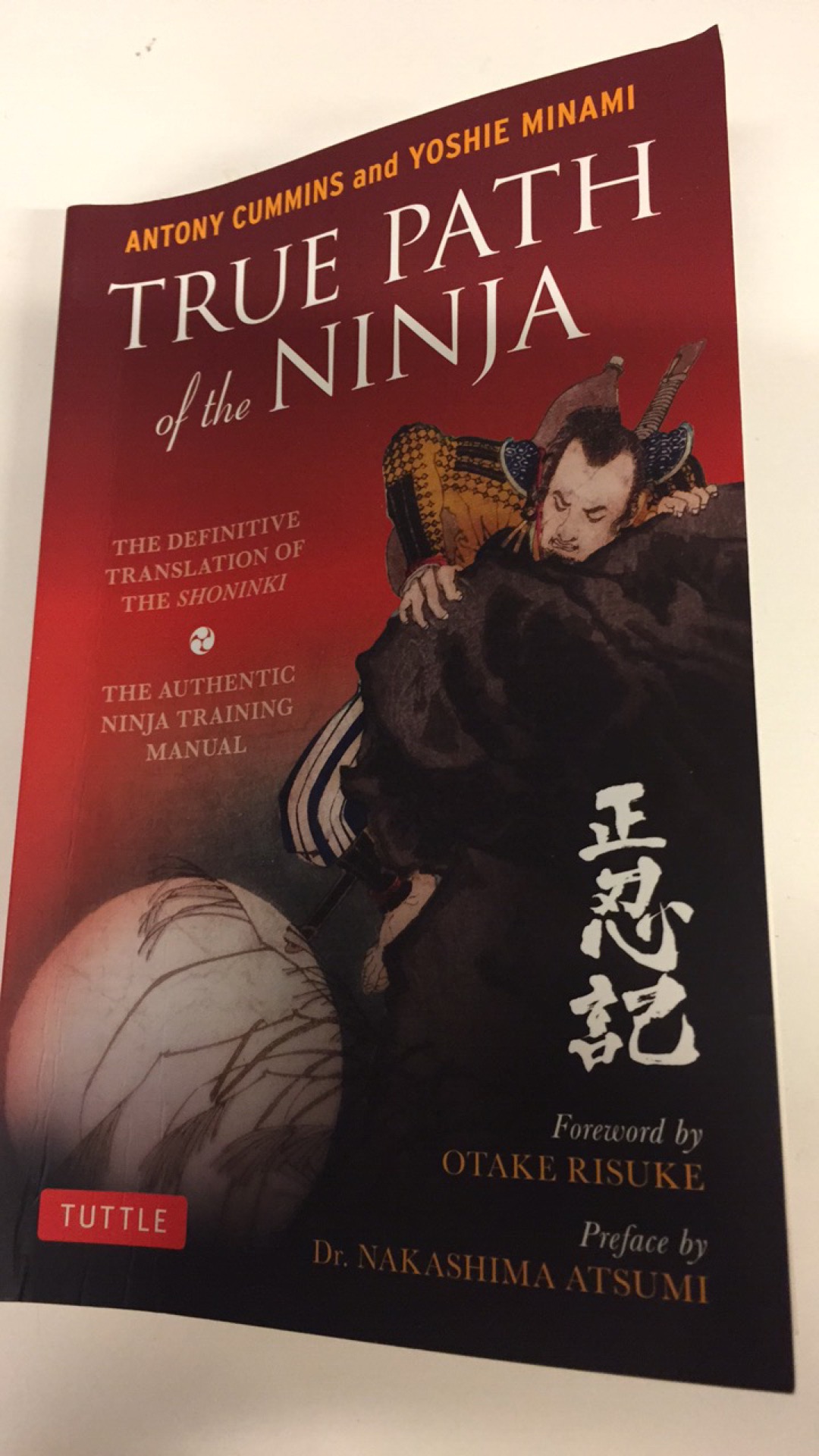 Movies, games and pop culture portray the ancient ninja to be a glamorous agile individual, creeping in the shadows of the night undetected, while constantly willing to sacrifice their life in order to accomplish their master’s mission at the drop of a hat.

Most of content on the ancient ninja out there is rubbish, it’s inaccurate.

the ‘True Parth of the Ninja‘ is a translation of a Ninjutsu scroll from 1681, used in Samurai School to teach and train the Shinobi (ninja).
This is the real deal, this isn’t shaped for the modern day… this is raw material the Shinobi studied, known as the Shoninki scroll.

From interpreting the mind of your enemy and moving in the shadows to gaining access to guarded mansions, this scroll covers it all.

You’re likely thinking “SJ, what relevance does a translated scroll from 1681 have for us today?”

Yes, you’re right – some skills and teachings on individual skills and techniques are irrelevant to you in this day and age, but there’s much to learn in the way you carry yourself and cultivate your mindset.

The shinobi of the 17th century were agile, disciplined, relentless individuals.

These traits in this day and age can get you whereever you desire. Be it on stage at Mr Olympia or at the head of the table of a Fortune 500 company.

The choice is yours…

The Secret Teachings Of The Ninja

The ancient Ninja were human, although many assume or imagine that they’re an ascended, superhuman being that’s far from the case in a physical sense.
The Ninja appear so strong because of their mindset…

Solitude, perseverance and determination were their traits from which all other skill and action was formed.

Today we’re too quick to give up as soon as we encounter resistance or adversity – the thought of giving up did not exist in the mind of the Shinobi, as perserverance and determination while grinding away in solitude if need be ensured they were never inferior in both mental and physical aspects.

There Are Five Things That People Like (Knowledge = Power)

There are five elements that people have and always will find attractive.
The Shinobi would incorporate at least one of the following five elements when attempting to persuade or deceive.

Entrepreneurs and marketers, the modern day Ninja continue to use these to this day in advertising and media to persuade and sell…

The Ninja Learns From Foxes and Wolves

A Ninja, just like a fox would adapt to the world around him.

Today we are focused on the quickest, easiest result – we opt perform a task in as little time as possible, we choose to travel as little as possible and expend as few resources as possible to obtain the end goal.

The Shinobi were taught to take the opposite approach…

Shinobi wouldn’t try and sneak through a road block when entering or exiting a forbidden town, they’d purposely go miles and miles beyond the block before weaving their way back in – they were patient and covered the distance required to ensure they remained undetected.

They didn’t take shortcuts or follow the path of least resistance as we do today.

A master told his good disciples to steal a large pot from a shop, however they couldn’t steal such a huge bottle during the daytime without getting caught. Then the master showed them how to take it in true Shinobi fashion. He went to the shop and simply purchased it. All his disciples laughed to see this. The master exclaimed to his disciples

“That’s exactly why you are not skilled. Your intention was to take the bottle directly, which makes you take nothing but the object itself. I first stole ten or so small drinking cups within my reach and hid them within my sleeves, I did this earlier on in the day. I got enough money selling them that I bought that jar with that money, thus I stole the jar. This is how to change your approach.”

Inner Peace is the Foundation of Invincibility

In order to attain success in any endeavour you must be at peace within yourself.

If you cannot excel you will not win.

In order to attain peace however you must first enter a state of war…
You must endure physical hardship in the way of intense physical exercise such as heavy compound exercises and extreme cardiovascular challenges… inner peace will come only as a result of this tasks of exertion.

The Route to Safety Lies in Courageous Action

The Shinobi are mentally strong, in order to conquer fear they cannot afford to be any other way.
To survive and thrive they must continually take audacious action – this seems counter-intuitive as being cautious of danger and playing it safe would logically appear to be the way to preserve a life.

Similiar to Alexander the Great’s feat of burning his boats when facing adversity against the Persians the ancient Ninja believe that courageous action without fear will lead to victory time and time again.

Notable Quotes From True Path of the Ninja 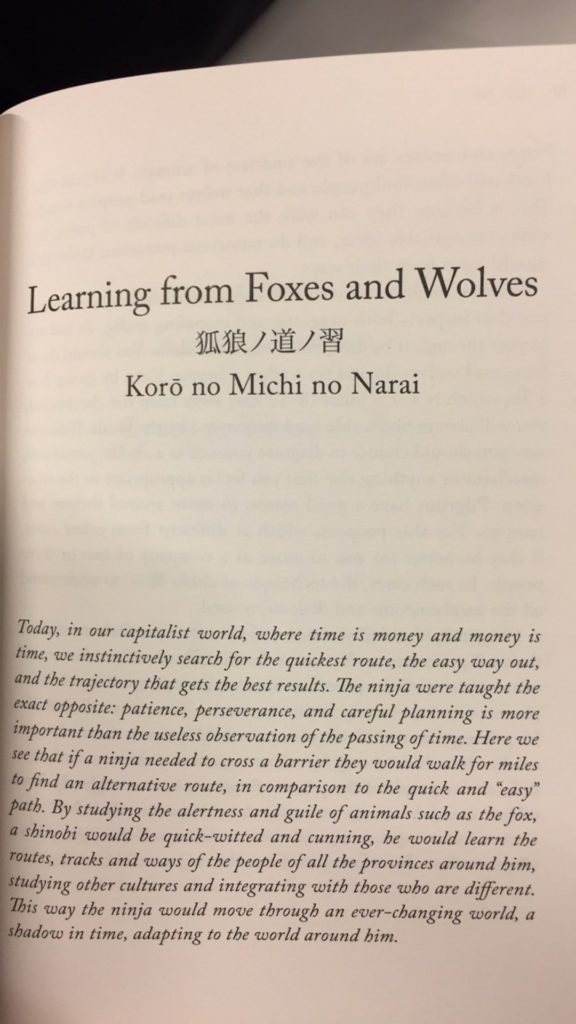 “It is said that a well trained Shinobi looks like a very stupid man.”

“You should never divulge your true capabilities for any reason.”

>>Get Your Copy of True Path of the Ninja Here<<

Scott J.https://ignorelimits.com
I’m SJ. I’m a fitness enthusiast and published author. I transformed my body from a skinny fat 135lbs with 18% body fat to a solid 192lbs at 8% body fat. I became qualified in a field I was passionate about. I founded several online businesses that allow me to pursue ideas and projects in my life that I am passionate about without having to constantly worry about money. I published several eBooks explaining the training and dieting techniques I used to achieve the body I have today. I learnt a plethora of new information on dieting and fitness by reading and applying what I read, to find out what does work and what doesn’t work, because as I’m sure you’ve noticed the health and fitness industry is full of non-sense claims and BS. I found out what was true and what worked for me and applied that knowledge. And you bet I had fun during the whole process.
Previous article
Lessons in Self-Reliance by Ralph Waldo Emerson
Next article
Black Sheep: The Hidden Benefits Of Being Bad Book Summary

How To Bulk Up Fast – 5 Hacks For Fast Gains

How To: Barbell Front Raise

4 Books Every Gym-Goer Should Own