The Laws Of The Ring Review 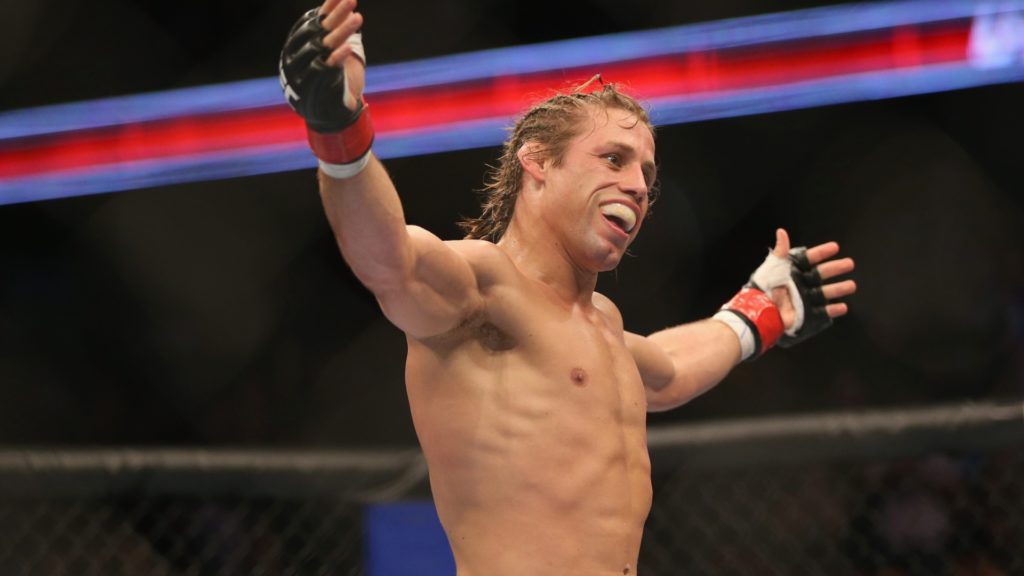 The Laws Of The Ring is without a doubt one of the best biography/self-help books written by an athlete.
Arnold Schwarzenegger and Mike Tyson’s biographies are great too, however the majority of athlete biographies I’ve read are quite bland and don’t offer a great deal in terms of takeaway lessons or actionable advice.

This is where The Laws Of The Ring differs, Urijah ‘The California Kid’ Faber shares the story of his up-bringing along with the road to the octagon and his battle for the UFC championship belt.
Urijah lays out a series of lessons or ‘Laws’ throughout the book and details their importance and how they tied in with experiences in his life.

From mindset to fitness, Faber knows what he’s talking about… at age 37 he’s still going strong in his UFC career (at the time of writing this Urijah is set to face Dominick Cruz in an attempt to reclaim his title in three weeks time).

There’s a ton of laws and life lessons intertwined within this book along with the story of Faber’s entrance to professional mixed martial arts, opening up his own gym and fighting for the title, below are several stand-out points that are stressed throughout The Laws Of The Ring.

4 Lessons I Learned From Laws Of The Ring 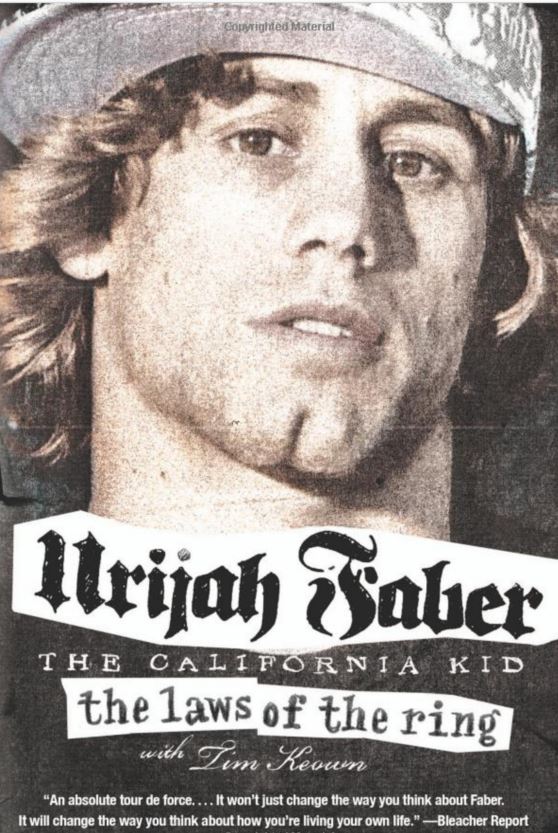 “Slow down. Assess yourself. Define your passion. Make a plan. Execute it.”

In order to be a champion, in order to achieve anything of extraordinary measure there must be passion behind it.
After watching an underground MMA fight Urijah was fired up, he knew that’s exactly what he wanted to do and he pursued it, The Laws Of The Ring details all the bullshit Faber had to go through just to get his first professional fight, let alone the training, nutrition, sacrifice, injuries and a variety of other setbacks that’re all part of life as a professional mixed martial artist.

Just like the guy with the failed new years resolution, if you don’t have a reason why or a fire inside your belly fueling you to do a task or achieve a certain outcome you won’t give it your all and you certainly won’t remain consistent for a particularly long time. Success in mixed martial arts is the same equation as success in any other field or profession…

Be consistent and give it your all. That’s it. No secrets.

Without passion however you’re fighting an uphill battle.

That fact in itself should be used to motivate you instead of scare you.

You’ve got a finite amount of time left so you should spend it pursuing and doing what you want to do, not what society wants you to do.
Faber wasn’t set on being a mixed martial artist from day one, Faber’s parents didn’t encourage him from a young age to become a pro fighter and brawl in a cage until one guy is submitted or knocked out.

He took the path less travelled, the prime years of an athletes career are quite thin and Faber dedicated his life up until this point pursuing a career as a professional fighter, he didn’t know anyone else that’d made a living solely off of fighting but he was passionate and he pursued it with relentless resolve. Others found motivation seeing him on this path and followed suit.

They didn’t look to society for validation.

They’d be waiting their entire lives for that.

No one will give you the green light to take the path less travelled, the clock is ticking while you deliberate so just buy the ticket and take the ride.

“Just because you haven’t done something doesn’t mean you can’t, so resist the urge to criticize. This is harder than it seems. There’s a difference between being a critical thinker and being a critic.”

Negative self-talk is cancerous, you may very well be capable of winning that fight, of lifting that weight or building that business but if you’re constantly telling yourself you can’t you’ll begin to believe it and end up another victim of self sabotage. You were on the right path, you knew what to do but you de-railed yourself… you slammed on the brakes or perhaps you made a mistake that you knew would ruin your chances.

Visualization is a technique used by all athletes, it’s acting as if.

You haven’t taken the shot before but in your head you’ve played it out and scored 100 times. You’ve validated it in your head – you’ve built positive reference points through visualization to convince yourself that you CAN do it when it comes time to take the actual shot.

You take the shot and hit it.

“How you deal with adversity is a choice, and every person, in every walk of life, has to face difficult times. You are defined most by how you push through. Never let negative experiences be excuses.”

Your habits are a coping mechanism, and everyone implements different habits to deal with different situations.

When some people are stressed they’ll open up a packet of cigarettes and smoke until they feel calm.

Others will drink a strong coffee and take out their stress and frustration on the iron, setting personal bests in the gym left and right.

One of those is a sustainable habit, the other is not…

“You can always make changes to better your life. Start your new healthy habits today.”

There’s never a point of no return with bad habits, yes once a habit has been performed day in day out it’s a strong chain to break however it’s by no means impossible.
Juicing, cold showering, waking up early and hitting the gym… there’s so many positive habits out there that you could implement today or tomorrow that’ll have you feeling a sense of accomplishment, energy and alive as soon as they’re performed.

Deskbound: Standing Up To a Sitting World Review