Letters From A Stoic Summary 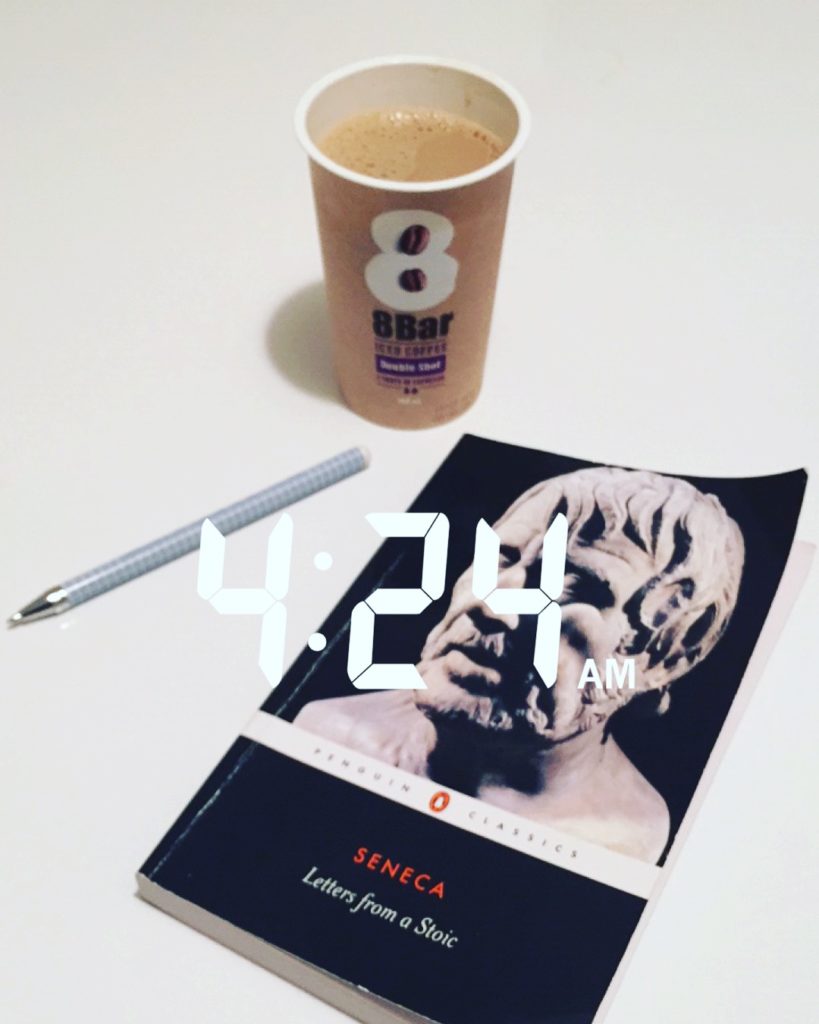 If you’re finding yourself wasting time, paralyzed by fear or constantly trying to impress others without any real purpose you can’t afford to not read this book.

If you think you’ve got life figured out and you’re on track to acquire that mansion and super car you’ve been vividly dreaming of each night you can’t afford to not read this book.

Seneca’s ‘Letters From a Stoic‘ are a collection of priceless notes written by the ancient philosopher that will change your life.

When it comes to self-improvement and books in general we’re always looking at the new releases as these are the books that’re advertised and pushed in our face, both online and in your local bookstore. 90% of the time you’re reading a poorly re-hashed version of a previous book.

Books such as Seneca’s ‘Letters From a Stoic’ are not advertised whatsoever.

You won’t find this book anywhere near the best sellers or anywhere that’s particularly visible in your local bookstore (if at all!).

This book costs a few dollars and it will literally change your life.

Below you’ll find my summary of ‘Letters From a Stoic‘, be sure to pick up your own copy and ink and highlight the pages until your heart is content.
This book is loaded with hard truths, use it to serve as a reminder to yourself and refer to it often… don’t view the messages and quotes in this book as pessimistic or negative.

Learning and implementing stoic principles has literally changed my life.

My Takeaway Lessons From Seneca Letters From A Stoic 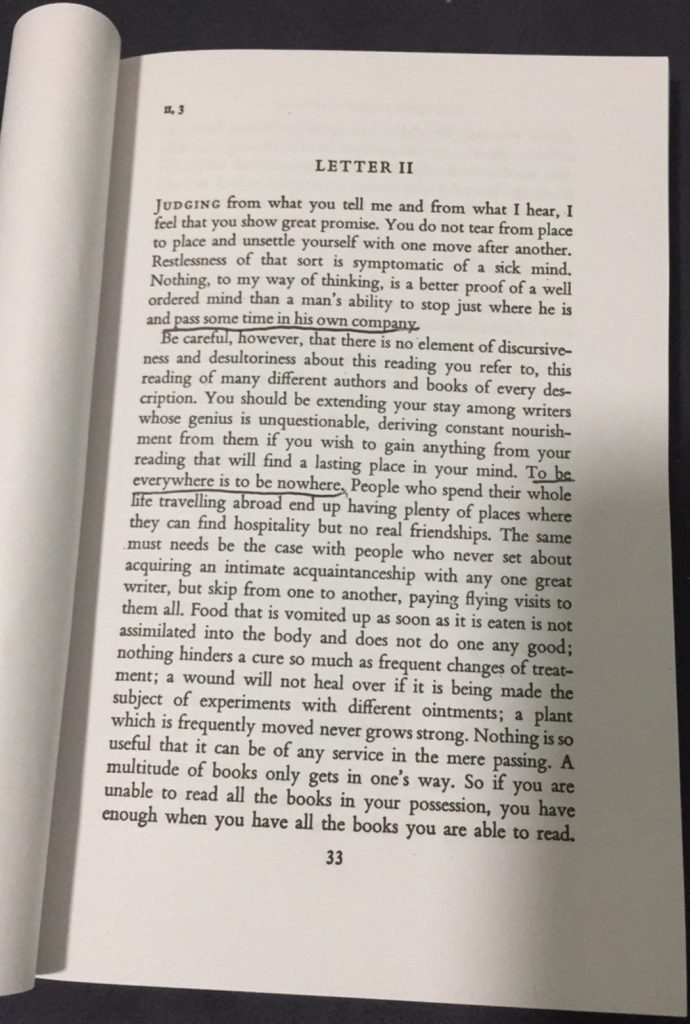 If you want to get ahead in life you cannot follow the majority.
Junk food, minimal exercise, few goals and zero motivation… submitting to the life of the majority will ensure you live a life of mediocrity.

The decision to follow your own path is all in the mind.

“Inwardly everything should be different but our outward face should conform with the crowd.”

Leave nothing to chance.

Chance and luck are for losers.
You are not entitled to luck or chance, the only things you’re entitled to are those you work for.

If you want a certain result or end-state you must be willing to put in the work, forget chance.
Forget instant gratification, the work comes first.

“Avoid I cry whatever is approved of by the mob, and things that are the gift of chance.”

You must decide to be happy.

There are billionaires out there that’re some of the most miserable people alive, while at the same time I’ve personally met people in Indonesia living in poverty that could not be more content.

Happiness is a decision.

If you’re unhappy a bank full of cash or a location change to a tropical island will not change your state.
Happiness is internal. Make the decision.

“A man is unhappy, though he reign the world over, if he does not consider himself supremely happy.”

Learn to manage your energy.

To become complete you must stress and grow both your mind and your body.
Don’t go overboard on the physical side however, leaving yourself no energy or time to better yourself mentally.

This is why I’m personally a fan of early morning workouts and intermittent fasting – I do not render myself exhausted from digesting large meals as I eat later in the day (after I get my work done!).

Find what works best for you in terms of energy management.

“Devotees of physical culture have to put up with a lot of nuisances. There are the exercises, in the first place, the toil involved in which drains the vitality and renders it unfit for concentration or the more demanding types of studies. Next there is the heavy feeding, which dulls mental acuteness.”

Live out the worse case scenario (face your fears!).

If you’re fretting over whether to quit your job and start your own business you should practise living out your fears, the most negative, worst case scenario possible. Think about it, discover what it is and then temporarily subject yourself to it.

Is the thought of losing your house the biggest roadblock preventing you from chasing those goals? If so, spend a weekend without your house – sleep outside, live out of a bag.
Is your biggest fear having your car repossessed because you can’t meet payments? Spend a day walking – don’t go near your car.

Our mind conceives these hypothetical situations to be far worse than they actually are.

99% of people will go forward and boldly take action on whatever it is they want to do after they replicate the worst case scenario… because they often find it isn’t really that bad.

“Set aside now and then a number of days during which you will be content with the plainest food, and very little of it, and with rough, coarse clothing, and will ask yourself, ‘is this what one used to dread?’ it is in times of security that the spirit should be preparing itself to deal with difficult times; while fortune is bestowing favours on it then is the time for it to be strengthened against her rebuffs. In the midst of peace the soldier carries out manoeuvres, throws up earthworks against a non-existent enemy and tires himself out with unnecessary toil in order to be equal to it when it is necessary. If you want a man to keep his head when the crisis comes you must give him some training before it comes. This was the aim of the men who once every month pretended they were poor, bringing themselves face to with want, to prevent their ever being terrified by a situation which they had frequently rehearsed.”

Learn from the successes and failures of others but do not become stuck following their methods.
Replication does not lead to improvement.

“A man who follows someone else not only does not find anything, he is not even looking. But surely you are going to walk in your predecessors footsteps? Yes indeed, I shall use the old road, but if I find a shorter and easier one I shall open it up. The men who pioneered the old routes are leaders, not our masters. Truth lies open to everyone. There has yet to be a monopoly of truth. And there is plenty of it left for future generations too.”

Live without the fear of death.

We’re all going to die, now that we’ve got that out of the way we can focus on what matters in the present.
Forge your path forward towards your goals today without thinking about the inevitable entropy we will all face eventually.

“Refuse to let the fear of death bother you: nothing is grim when we have escaped that fear.”

You must suffer to obtain success.

If it weren’t for the dark days, we wouldn’t know what it is to walk in the light.” – Earl Campbell

Adversity and suffering can be seen as a mental training ground, a chance to test your grit, will and perseverance and come out on top with new lessons and an increased arsenal of will and intestinal fortitude.

Hell, to reach their goals the world class performers know that adversity is going to be knocking on their door every day of the week and twice on Sunday.

As the saying goes, it is the struggle that makes it great.

The greatest hour for the high achiever immediately follows their darkest hour.

“He should put his whole heart into the fight against them. If he gives way before them he will lose the battle; if he exerts himself against them he will win. What in fact most people do is pull down on their own heads what they should be holding up against; when something is in imminent danger of falling on you, the pressure of it bearing heavily on you, it will only move after you and become an even greater weight to support if you back away from it; if instead you stand your ground, willing yourself to resist, it will be forced back.” 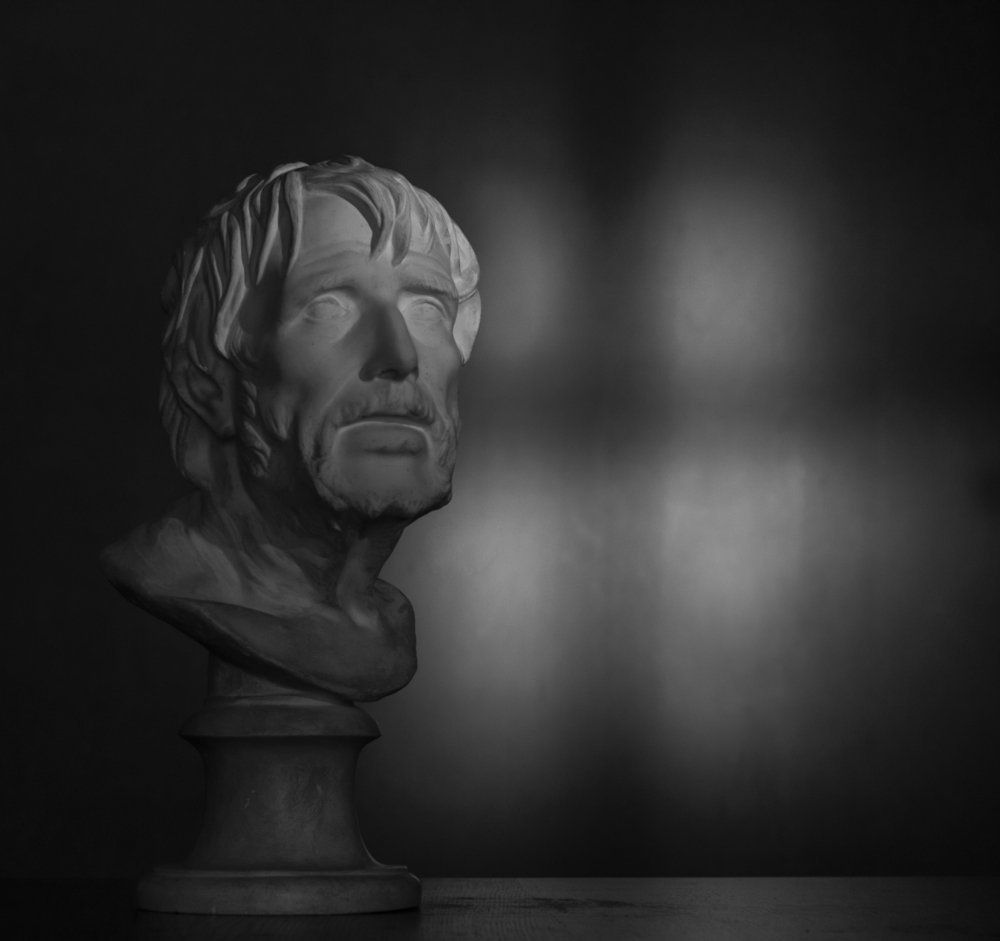 My Top 5 Seneca Letters From A Stoic Quotes

“Wild animals run from the dangers they actually see, and once they have escaped them worry no more. We however are tormented alike by what is past and what is to come. A number of our blessings do us harm, for memory brings back the agony of fear while foresight brings it on prematurely. No one confines his unhappiness to the present.”

“If you really want to escape the things that harass you, what you’re needing is not to be in a different place but to be a different person.”

“Until we have begun to go without them, we fail to realize how unnecessary many things are. We’ve been using them not because we needed them but because we had them.”

“Of this one thing make sure against your dying day – that your faults die before you do.”

>>Get Your Copy Of Seneca’s ‘Letters From A Stoic’ Here<<

7 Lessons From Seneca’s Letters on Ethics That’ll Improve Your Life!