How To Be A Stoic Book Summary 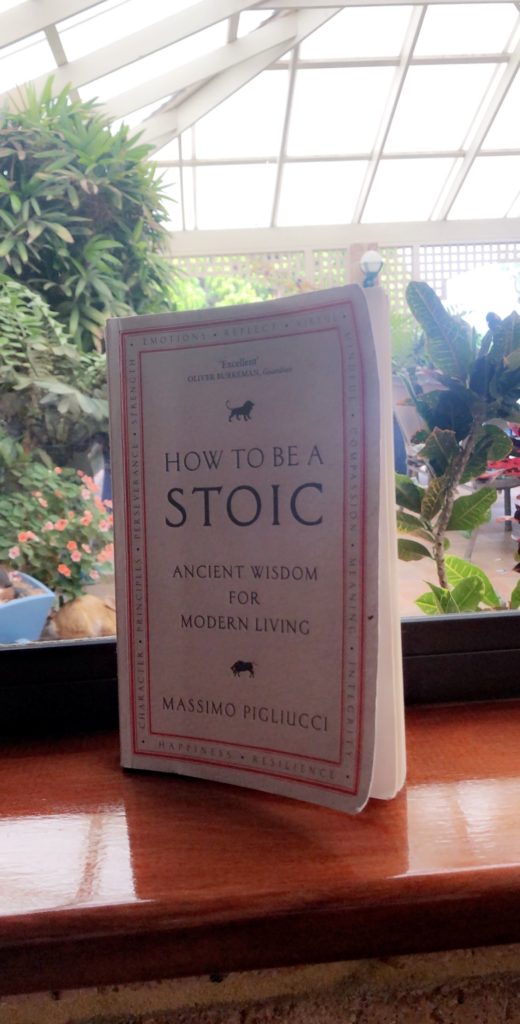 There are a number of ancient Stoic texts out there, from Marcus Aurelius‘ Meditations to Seneca’s Letters From a Stoic – these books are filled with valuable information and lessons that we can implement today in our lives.

That said, these texts from the great stoics aren’t the easiest books to read, that’s where Massimo Pigliucci’s ‘How To Be A Stoic: Ancient Wisdom For Modern Living‘ shines.

Pigliucci has written this book as if he were having a conversation with Epictetus based upon Epictetus’ book, ‘Discourses‘.

Not only does this make ‘How To Be A Stoic’ quite possibly the easiest and best introduction to stoicism as the book is easy to understand and engage with, but Pigliucci also dishes out a ton of examples of where and how he has applied Stoicism in his own life, among the hustle and bustle of New York City.

Below are my key takeaway points you can implement in your life.

Acknowledge Your Emotions (Don’t Surpress Them!)

One of the biggest misconceptions when it comes to stoicism is the suppression of emotions.

Stoics do not hide or supress their emotion, they acknowledge their emotion, reflect on what causes these emotions to take place and then redirect them for their own good.

This ties in closely with the next key takeaway…

Focus On What YOU Can Control (Become the Stoic Archer)

The only things that are within your control are your thoughts and actions, therefore these are the only two things you should expend your energy and focus on.

The Stoic archer is a great example of this…

Cicero explains in a stoic metaphor that an archer trying to hit a target has a number of things under his control including how often and intensely he trains, the correct type of bow and arrow for the distance of the target, how he aims as well as precisely when he releases the arrow towards the target.

Whether the arrow actually hits the target is outside of his control.

He has placed emphasis on all areas that are within his control – his training, selecting the correct hardware and lining up the shot as precisely as possible.

A gust of wind may come the moment the arrow is released, something may obstruct the arrows path to the target, the target itself might even move!

The stoic archer knows this and as is ready to accept a negative outcome as he knows the arrow connecting with the target is not completely within his control.

Use Your Discipline To Confront Your Reality

When Stockdale was shot down and captured while flying over North Vietnam he had no idea he was about to spend 7 and a half years locked up, beaten and tortured in what was known as the Hanoi Hilton.

When being interviewed after receiving the Medal of Honor in 1976 Stockdale was asked who didnt make it out of the dreaded Hanoi Hilton.

You must never confuse faith that you will prevail in the end – which you can never afford to lose – with the disciline to confront the most brutal facts of your current reality, whatever they might be.

See Adversity As A Training Ground For Life

The art of life is more like wrestling than dancing.

The Stoic faces up to advertising by treating life itself as a wrestler in the training ring, as an opponent who is not (necessarily) out to beat us, but whose purpose is to keep us on our toes; the stoic becomes eager to face his opponent because that’s the way toward self-improvement.

Use Negative Visualization To Free Yourself From Anxiety

Regularly focus on potentially bad scenarios that could occur and you’ll soon discover that they are not as bad as they seem, as you have the inner resources to deal with them.
Ancient Romans referred to this as premeditatio malorum (translates to foreseeing bad stuff).

Although this doesn’t sound like a particularly fun exercise visualizing negative happenings decreases our fear of them and mentally prepares us to deal with the crisis should it actually occur.

Not only are we more prepared in this case but we also gain a sense of gratitude and appreciation when such disasters do not occur.

Regularly Remind Yourself Of The Impermanence Of Things

Nothing is permanent, and the Stoics place very small value on physical possessions.
There’s nothing wrong with owning and appreciating nice items as long as you do not attach yourself to them.

Many a men have fallen when they’ve had their material possessions taken from them, be it a mansion, a car of a piece of jewelery.

This car is not permanent, it is merely a chunk of metal. It’s nice to own but I am not attached nor do I indentify myself by it. 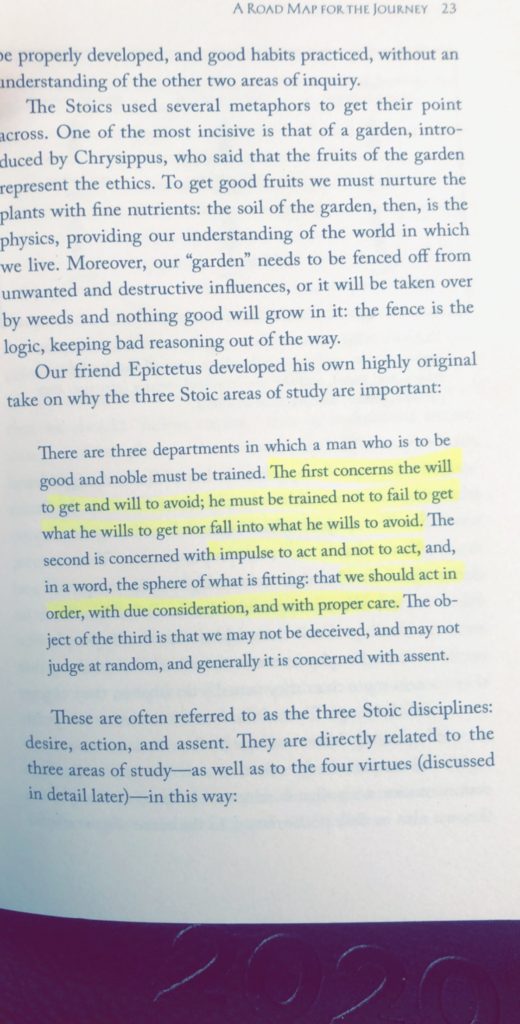 When a friend breaks a glass we often proclaim “Oh, bad luck!” however when the same situation happens to us we often react differently, likely with a tad more anger.

You should respond the same way when an event occurs to yourself as you do when it occurs to others.

You are just like everyone else, you should have the same attitude about an occurance when it happens to others as it does to yourself.

The universe is not out to get you so do not respond as if it is when events happen to you.

“Let silence be your goal for the most part say only what is necessary, and be brief about it. On The rare occasions when you’re called upon to speak, then speak, but never about banalities like gladiators, horses, sports, food and drink – common-place stuff. Above all don’t gossip about people, praising, blaming or comparing them.”

Reflect On Each Day Before Retiring For The Evening

Before going to bed each night write a few notes in a diary.

Take note of where you succeeded, where you came up short and what lessons you learned that you can take into the following day.

Aim to end each day a little stronger and a little wiser than the previous.

What’s Your Take On How To Be A Stoic? Pick Up Your Copy Here!