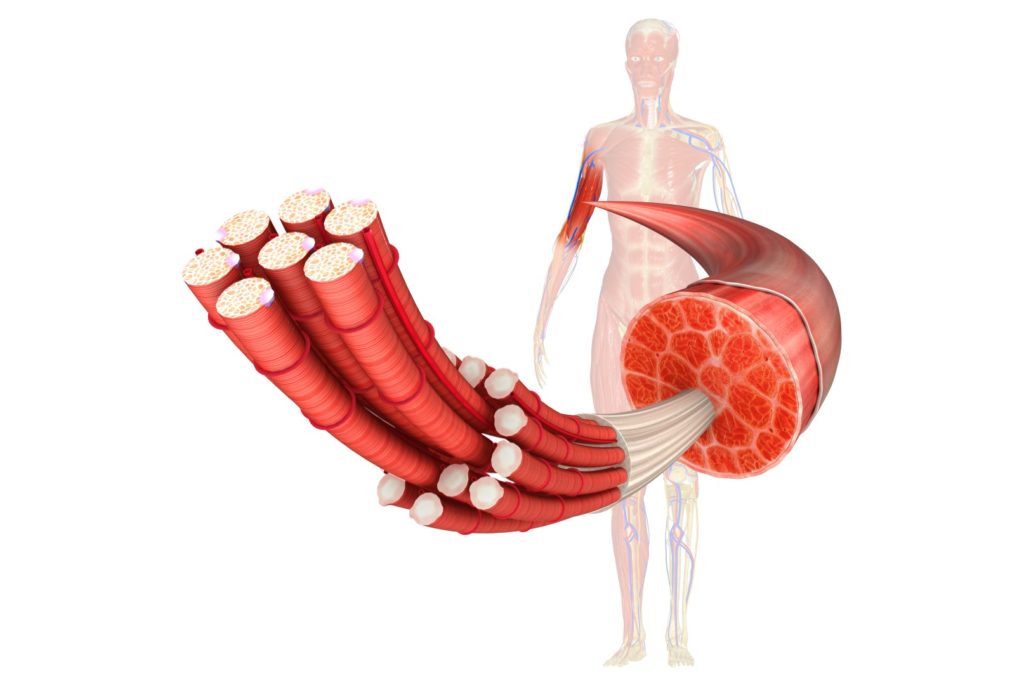 If you’ve read any sort of exercise technique guide or watched a trainer coaching an athlete through an exercise you’ve likely heard the terms concentric, eccentric and isometric before.
By understanding these three terms, which are all forms of muscle contractions you can apply the knowledge of each phase of muscle contraction to your exercises and workouts to get the best bang for your buck.

Let’s delve into the most common muscle contraction that guys focus on, the concentric contraction.

The concentric contraction is when a muscle is under load while it is shortening – this is also known as the ‘positive’ portion of a repetition when we’re referring to exercises.

The act of curling a dumbbell from down by your side up to your shoulder is a concentric contraction because the biceps is shortening as your curl the weight up towards your shoulder.

In the instance of a pull-up the act of pulling yourself up from a dead hang until your chin clears the bar is the concentric muscle contraction of this exercise, as your muscles are shortening while under the load of your own bodyweight.

The eccentric contraction is when a muscle is under load while it is lengthening – this is also known as the ‘negative’ portion of a repetition when we’re referring to exercises.
The act of lowering a dumbbell from your shoulder back down to your side after performing a dumbbbell curl is an eccentric contraction because the biceps is lengthening as you’re returning the weight back to your side.

In the instance of a pull-up the act of lowering yourself back down after your chin has cleared the bar until you’re at a dead hang once again is the eccentric muscle contraction of this exercise, as your muscles are lengthening while under the load of your own bodyweight.

An isometric contraction is when a muscle is placed under load while it remains the same (isn’t shortened or lengthened).
Isometric holds are a technique many bodybuilders use often to break through plateaus and to take their pumps to the next level as the muscle fills with blood.

Holding a 45lb plate directly out in front of your torso with straight arms is an example of a popular isometric hold exercise designed to fatigue the shoulders.

Putting It All Together… Tempo Of Your Repetitions

To build a well-rounded physique that is both aesthetic and functionally strong you cannot afford to neglect any of your muscle contractions.
Far too many guys go all out lifting weights while solely focusing on concentric portion of each repetition.

By doing so you’re missing out on a lot of potential growth!

Strength and size also comes through eccentric and isometric work too.

It’s a simple tempo that many coaches recommend to their athletes to ensure they do not neglect their muscle contractions.

Your concentric portion of each repetition should take 2 seconds.

You should hold and squeeze the muscle (isometric) for 1 second.

You should then lower the weight back down, extending the muscle and thus making this the isometric portion of your repetition for 2 seconds.

Count in your head while you do each rep.

Unless you’re specifically tailoring your program to explosive strength there’s no reason to divert away from this protocol (explosive strength would be more of a 1 second concentric, followed by a 3 second eccentric).

What’s Your Take On These Muscle Contractions? Let Me Know Below!