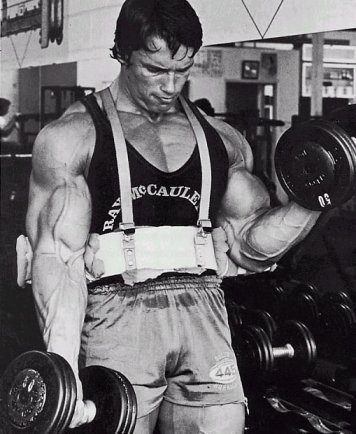 You’ve probably seen the photo above of Arnold before, but may have wondered “what’s that twisted metal bar across his torso?”

Introducing the arm blaster (also known as a bicep blaster)…

This training tool is specifically used for training the biceps and is coupled with dumbbells, barbells and cable machines. 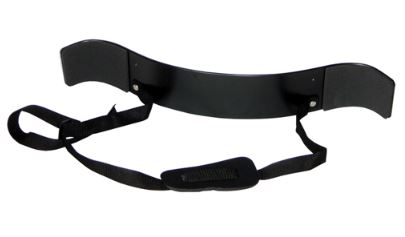 Why bother using an arm blaster? Here’s 4 big reasons why you should considering investing in an arm blaster for your bicep workouts:

The primary purpose of the arm blaster is to lock in good form, by regularly using an arm blaster for your bicep workouts you’ll get in the habit of keeping your elbows in close to your sides, eliminating any and all swinging and focusing on a full contraction at the top of each repetition.

It’s quite rare to see a guy in the gym performing dumbbell or barbell curls without a bit of swinging, flaring of the elbows or partial repping – when it comes to ego lifting the bicep curl and the bench press are the two main offenders.

The arm blaster enforces good curling habits – arms in close to your side, not swinging backwards of the elbows or flaring outwards during your reps.

Progressive overload is the key to gains in terms of both muscle size and strength, the bicep is a small muscle group but this same principle holds true.

In order to apply that progressive overload we need to overload the muscle, this overload comes by way of increased tension.

Every single workout you want to be increasing the tension on your biceps with increased weight, increased reps and/or reduced rest time between sets.

Swinging, whether at the top of the repetition or on the negative of the rep as you lower the weight back down will remove tension from the biceps, the muscle we’re targeting here.

If you’re utilizing momentum you’re essentially shooting yourself in the foot.

When we’re training our biceps with an arm blaster it’s almost impossible to utilize momentum and remove the tension from the muscle as you’re locked in.

It’s not until you put on an arm blaster and adjust it to your torso that you realize just how ‘locked in’ you really are  – the small grooves that curve around your torso once the strap is around your neck constrict your arms into the correct curling position and don’t allow much movement outside of this.

You Won’t Be Ego Lifting

One mentality is the lift as heavy as possible to show off to others, regardless of form.

The other is the more calculated, results oriented mentality that focuses on form first, weight second.

As I mentioned earlier though, when it comes to training chest and biceps in particular we’ve all got an element of ego involved in the numbers we’re putting up.

The arm blaster will ensure you check your ego at the door.

If you’ve selected a weight that’s too heavy as soon as you put on your arm blaster, adjust it into place and attempt to curl your dumbbells you’ll see that they’re not moving far at all – the first portion of the curling action is without a doubt the hardest, this is where the ego lifters are most likely to swing and utilize momentum to get the weight up.

If the weight is too heavy and you’re using an arm blaster that weight ain’t going anywhere.

The arm blaster will remind you to check your ego at the door and choose a weight that you can curl with strict form from the bottom of the motion.

You’ll Get A Crazy Pump Using An Arm Blaster

the bicep pump you’ll get from performing 2 – 3 exercises with an arm blaster is unlike any bicep pump I’ve experienced before, your biceps will look massive and feel as if they’re about to pop.

This is due to the combination of strict form with a full contraction with a manageable weight.

It’s worth noting that a pump doesn’t equal gains, the pump is the muscle becomes engorged with blood – as I mentioned earlier it’s progressive overload that results in progress.

Here’s The Arm Blaster I Use & Recommend… 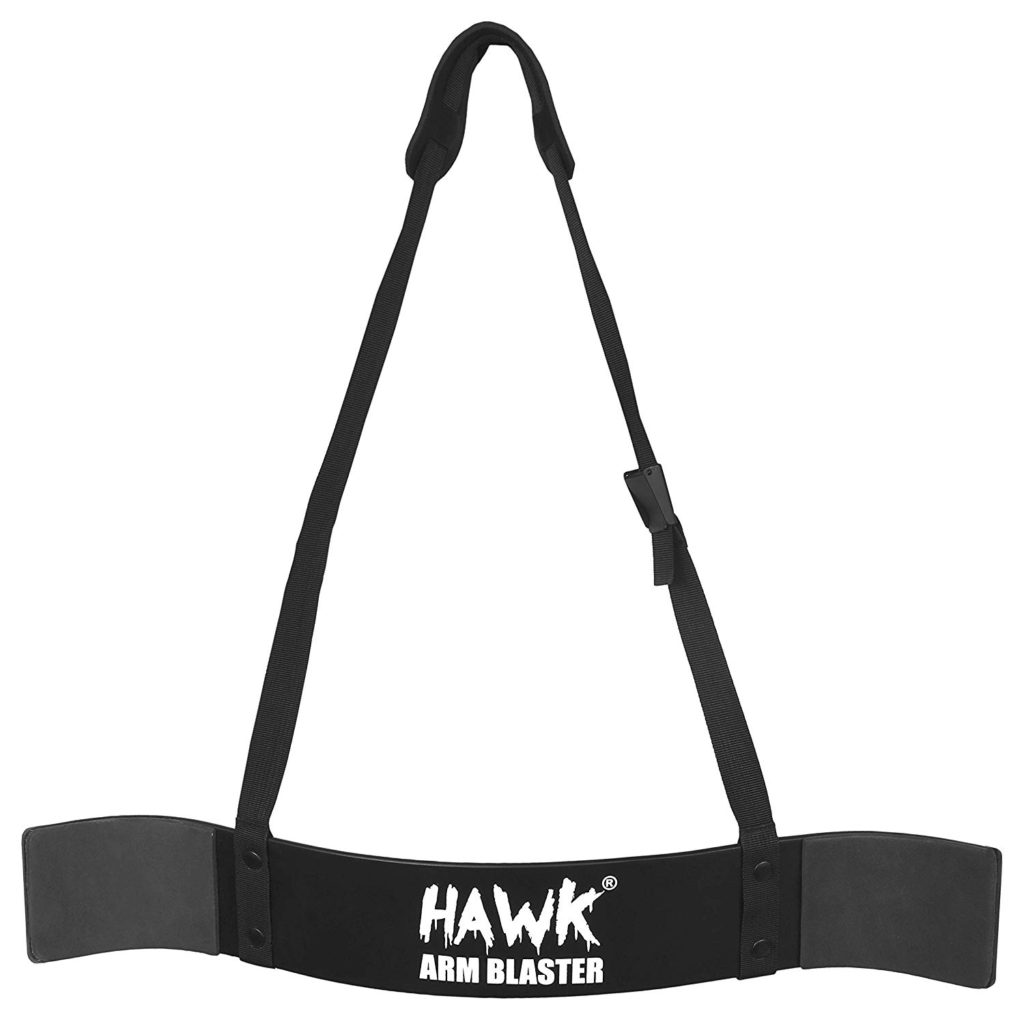 High quality, affordable and no BS. I’ve used this exact arm blaster for the last 4 years and it’s holding up strong, hell I’ve even packed it in my luggage and travelled to gyms over Indonesia with it.
Pick yourself up one of these arm blasters here and watch your biceps blow up in size.

Before we move into the exercises and reps there’s one point I can’t stress enough.

As you know I advocate form over weight, when it comes to your main compound exercises. Cheat curls on the other hand, as performed by Arnold definitely do come in handy when building strength and attempting to overload the muscle. I opt to use my arm blaster for every second workout, alternating between strict form barbell curls with my arm blaster and strictly less strict form with substantially heavier weight (currently around 140lbs).

Give my two arm blaster workouts a try below and watch your biceps grow!

Putting these workouts into action…

I recommend training with an arm blaster for every second bicep workout, as your back workout already hits your biceps to an extent and your chest workout utilizes your triceps as the secondary muscle group I recommend performing one isolated arm day per week, using your arm blaster once a fortnight.

Perform your regular bicep workout one week, lifting heavy and cheating slightly if necessary to overload the muscle.

The following week you will perform one of the two variations of arm blaster workout listed above with strict form and a manageable weight.

Stick to this schedule for at least a couple of months and watch your biceps blow up.

What’s Your Take On The Old School Arm Blaster?