You MUST Become Mentally Strong 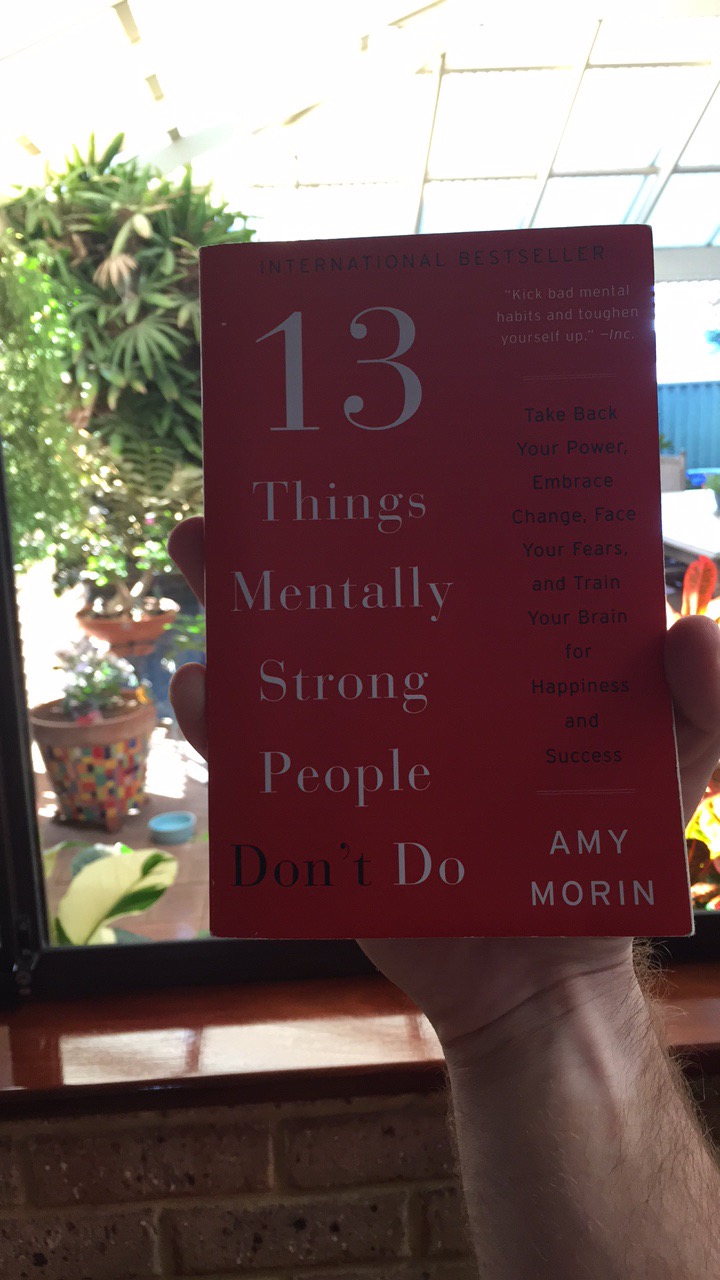 Building a successful business, forging a physique that resembles a Greek god, enduring tough times regardless of whether they’re physical, financial or emotional requires a degree of mental toughness.

A lucky few are born with a higher degree of mental toughness, but that doesn’t mean a thing because anyone can increase their mental toughness, you just have to make the decision and take the necessary actions to do so.

Before we go on… what actually is mental toughness?

“Mental toughness is a collection of attributes that allow a person to persevere through difficult circumstances (such as difficult training or difficult competitive situations in games) and emerge without losing confidence.”

If you want to forge the mental fortitude of a Navy SEAL or the indisputable will of a Spartan endurance racing athlete you need to subject yourself to uncomfortable situations. You need to ensure today for the reward tomorrow.

You will never build an unbreakable mindset if you spend your days lounging around in-front of the TV with junk food.

If you want to become mentally tough you need to put yourself in enjoyable situations – situations that push you further than you’re currently capable of. You need to jump in the proverbial deep end instead of paddling around in the safe, shallow waters of your everyday life.

Invert Your Thinking (What Makes Someone Mentally Weak?)

How could you get unhealthy fast?

How could you lose money and be poor fast?

How could you find yourself in a terrible relationship?

If you want to become mentally strong you must not fall into the trap of the following 13 things. 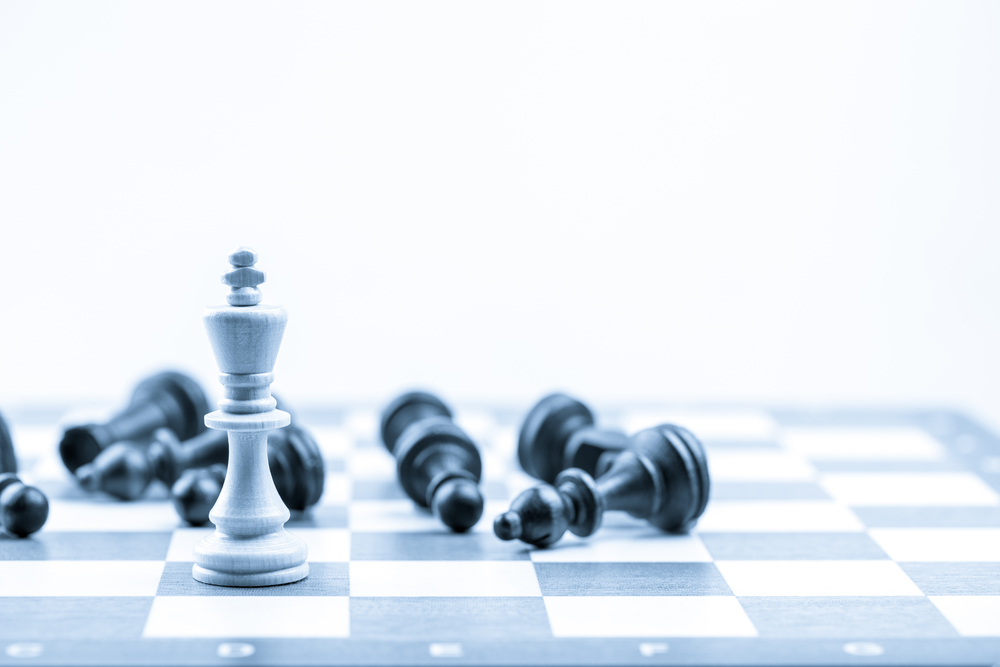 #1 – THEY DON’T WASTE TIME FEELING SORRY FOR THEMSELVES

#2 – THEY DON’T GIVE AWAY THEIR POWER

The opinions, comments and actions of others will only effect you if you allow them to.
The mentally strong individual ignores the critics, the haters and all those who attempt to alter their mood or state.

Only a weak minded individual will allow the comments or actions of others (something you can’t control) to ruin their day.

The vast majority of individuals hear the word ‘change’ and instantly perceive it to be negative.

“Oh no, things are going to be risky!”

If you do not change aspects of your life you can never improve.
Following the same bad habits day in day out will get you no where – change is necessary for betterment.

Mentally strong individual embrace change as a means of growth.

#4 – THEY DON’T FOCUS ON THINGS THEY CAN’T CONTROL

The weather, the value of the US dollar, the traffic… there are many, many things outside of your control.

The mentally weak individual doesn’t know this, or if he does.. he never accepts it.

The mentally strong individual know their energy and time are finite, they cannot afford to waste time on things outside of their control as regardless of how much they stress, curse or waste time it will not change the situation.

The mentally strong individual focus on the things they can control, the action they can take that’ll take them one step closer to their goals.

The mentally strong individual  also focus on their reaction to the things they cannot control (they remain calm and collected).

#5 – THEY DON’T WORRY ABOUT PLEASING EVERYONE

Trying to please others is a big waster of our energy and time while also creating immense stress.
You will never be able to please everyone and you should not bother trying to do so.

Nothing worthwhile comes easy, be it a business, an investment, your physique….

You’re going to have to make decisions and take risks if you want to achieve anything of monumental status.

The mentally weak individual will not take a risk, they won’t take a chance as they’re too concerned about the negative.
I’ve missed out on opportunities in life because I wasn’t willing to take risks, I’m sure you have too.

The mentally strong individual looks at the numbers, the odds and the logic behind the risk.

The mentally weak individual allows themselves to get caught up in emotion and doesn’t even glance at the logical side of the risk.

We must willingly accept the past and refuse to let it have any impact on us today. What is done is done. We have only so much energy and effort to draw from in a day so why waste it on the uncontrollable. Also, these thoughts of the past are only perceptions; these perceptions are not facts.

Thinking that there is some benefit to be had from going over the past, particularly mistakes or unfavourable decisions is pointless.

Learn your lesson, take stock of it free yourself and move on – it’s your decision.

Some people like to wander in the cemetery of their past errors, to reread the old epitaphs and to spend hours in mourning over the grave of a wrong. This new mistake does not antidote the old one. The remorse that paralyzes hope, corrodes purpose, and deadens energy is not moral health, it is—an indigestion of the soul that cannot assimilate an act. It is selfish, cowardly surrender to the dominance of the past. It is lost motion in morals; it does no good to the individual, to the injured, to others, or to the world. If the past be unworthy live it down; if it be worthy live up to it and—surpass it.

#8 – THEY DON’T MAKE THE SAME MISTAKES OVER AND OVER

Both mentally strong and mentally weak individuals make mistakes, that’s a given…

It’s how they respond to those mistakes that differ.

A mentally strong individual sees a mistake as a lesson, an opportunity to learn and grow.

They will take it upon themselves to make the necessary changes, to approach the task at hand in a different manner to ensure they’re never on the receiving end of that mistake again.

Conor McGregor’s loss at UFC 196 to Nate Diaz which was then avenged at UFC 202 is a prime example of the mentally strong individuals approach to a mistake or loss.

#9 – THEY DON’T RESENT OTHER PEOPLE’S SUCCESS

The mentally strong individual takes inspiration from the success of others, they like to see those around them succeeding as it helps them to succeed.
The mentally weak individual sees life as a competition in which you must be #1,

#10 – THEY DON’T GIVE UP AFTER THE FIRST FAILURE

Failure is the secret ingredient to success.

Well worth the 39 failed attempts to create the product don’t you think?

Success does not, and will not come overnight.

Success is a process, not an event

The worst thing is what happens when you fold to failure.

Being alone and being lonely are two very different things.

The mentally weak individual fears spending time alone as they seek validation from others.
If they don’t have a calendar littered with social events and outings they feel as if they’re lonely.

The mentally strong individual purposely spends time alone as they know that:

#12 – THEY DON’T FEEL THE WORLD OWES THEM ANYTHING

The average man spends his time among other average men, often complaining about the luck and fortune of those that’ve achieved and attained the things he desires.

Little does he know the world doesn’t respond to need, it only responds to seed (put in the work!).

The world doesn’t owe you a single thing.

You can’t expect to get by on luck or talent.

You’re only entitled to the things you expend the time, energy and skill to earn.

It takes years to pack on substantial amounts of muscle mass.
It takes months to cut a decent percentage of body fat.

There’s no quick fix to a long term problem.

You must become mentally strong if you want to reach your audacious goals as they could take months, years or decades.
The mentally strong individual puts in the work, day in day out and measures progress as necessary.

They don’t expect to achieve anything worthwhile in a day. 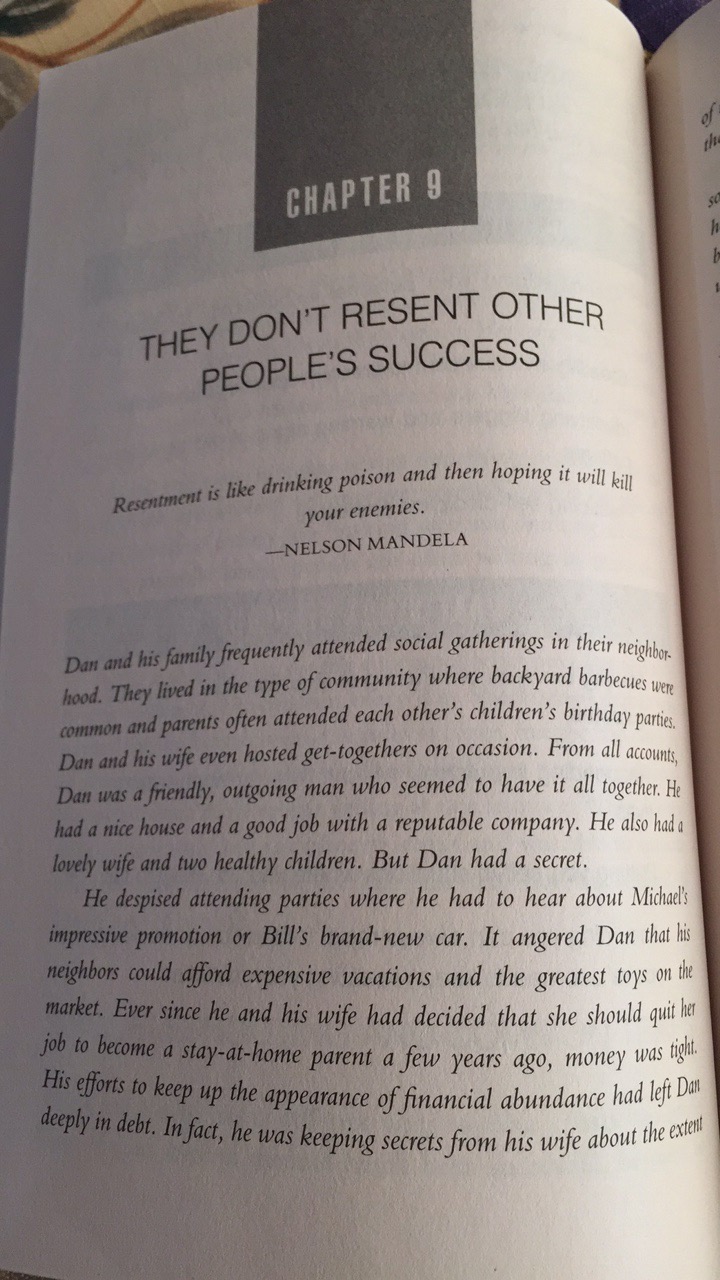 “Deliberate practice is more important than natural talent. Although we’re often led to believe that we’re either gifted with natural-born talent or we aren’t, most talents can be cultivated through hard work. Research studies have found that after ten years of daily practice, people can surpass others with natural talent in chess, sports, music, and the visual arts. After twenty years of dedicated practice, many people who lack natural talent can gain world-class achievement. But often we believe if we weren’t born with a specific gift, we won’t ever be able to develop enough talent to become successful. This belief can cause you to give up before you’ve had a chance to cultivate the skills necessary to succeed.” – Amy Morin

“Developing mental strength isn’t about having to be the best at everything. It also isn’t about earning the most money or achieving the biggest accomplishments. Instead, developing mental strength means knowing that you’ll be okay no matter what happens. Whether you’re facing serious personal problems, a financial crisis, or a family tragedy, you’ll be best prepared for whatever circumstances you encounter when you’re mentally strong. Not only will you be ready to deal with the realities of life, but you’ll be able to live according to your values no matter what life throws your way.” – Amy Morin

“Self-pity is easily the most destructive of the non-pharmaceutical narcotics; it is addictive, gives momentary pleasure and separates the victim from reality” – John Gardner

“time doesn’t heal anything; it’s how we deal with that time that determines the speed at which we heal.” – Amy Morin

Scott J.https://ignorelimits.com
I’m SJ. I’m a fitness enthusiast and published author. I transformed my body from a skinny fat 135lbs with 18% body fat to a solid 192lbs at 8% body fat. I became qualified in a field I was passionate about. I founded several online businesses that allow me to pursue ideas and projects in my life that I am passionate about without having to constantly worry about money. I published several eBooks explaining the training and dieting techniques I used to achieve the body I have today. I learnt a plethora of new information on dieting and fitness by reading and applying what I read, to find out what does work and what doesn’t work, because as I’m sure you’ve noticed the health and fitness industry is full of non-sense claims and BS. I found out what was true and what worked for me and applied that knowledge. And you bet I had fun during the whole process.
Previous article
Zen in the Martial Arts Review: Practical Lessons From a Student of Bruce Lee
Next article
Born To Fight: Mark Hunt Book Review

How To: Flutter Kicks

5 Brain Boosting Foods To Add To Your Diet

Do Not Skimp On Things That Seperate You From The Ground

How To: Reverse Grip Triceps Pushdown