Psychological Warfare In The Golden Era Of Bodybuilding 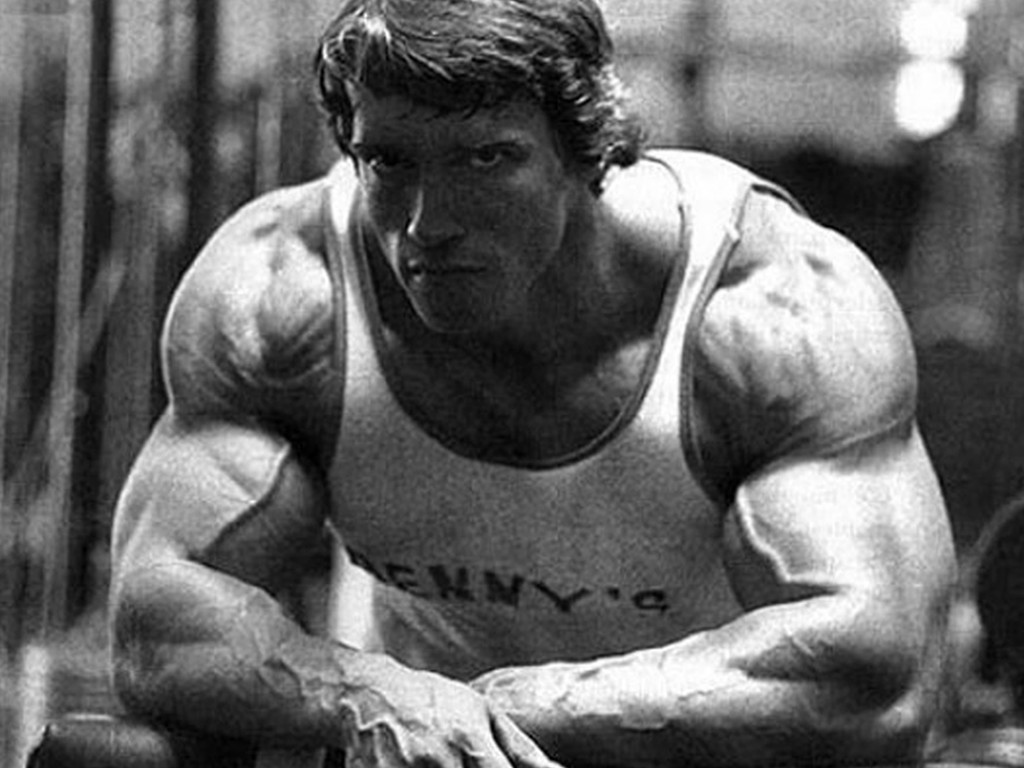 When you think back to the golden era of bodybuilding the first name that will come to mind for most is Arnold Schwarzenegger – Arnold, was deemed to have one of the most aesthetically pleasing, proportional physiques of all time. It comes as no surprise that Arnold conquered the prestigious Mr Olympia competition on 7 separate occasions with his untouchable physique.

What many people didn’t realize is that Arnold didn’t just win by putting in countless hours at the gym or by practising posing. Arnold knew in order to seal his victory the mental game was just as important as the countless hours in the gym he spent sculpting his physique to perfection.

Arnold openly discusses these tips and techniques in his classic book ‘The Encyclopaedia of Modern Bodybuilding’ (in my opinion every gym goer should own this book simply out of principal), the documentary ‘Pumping Iron’ and a more recent interview with Tim Ferriss also highlighted these psychological warfare tactics once again (I recommend you check out the podcast, link at the end of the article).

A couple of Arnold’s tactics include:

Using subtle observations to make his opponent doubt themselves

Arnold would plant seeds of doubt in his competitors minds by making a subtle comment.

Arnold relates with a fair degree of satisfaction how he undermined the efforts of two of his fellow bodybuilding competitors – Serge Nubret and Frank Zane. He fouled up Nubret’s confidence by “repeating” that one of the judges thought Nubret looked too small to be competing in the heavyweight division, which, of course, made Nubret, in Arnold’s words:

“…obsessed with this idea, [he] kept asking me how he looked, and his posing was thrown way off because he was reluctant to do certain shots that he felt he was too light to bring off. In close contests

like those between Serge and me, psychological factors can be decisive.”

In his interview with Tim Ferriss, Arnold recalls commenting on another competitors legs – asking in a concerned manner if they had suffered a knee injury as their legs were looking smaller than usual. 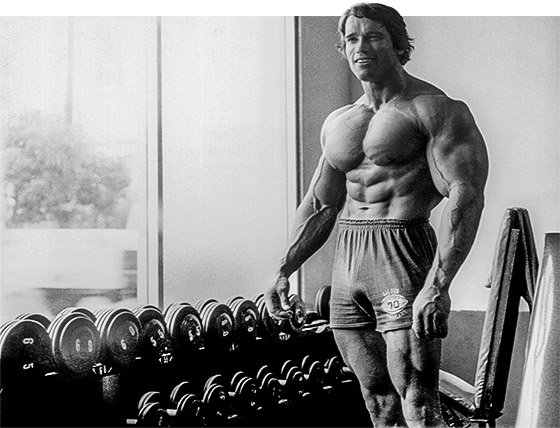 Pulling off a pose on stage correctly can be the different between winning and losing, utmost concentration is required – Arnold realized this and used it to gain the slight of hand. During the 1980 Mr. Olympia contest in Sydney, Australia he told fellow Mr. Olympia winner Frank Zane a joke onstage during the prejudging which resulted in Zane laughing too hard to hit his poses successfully, thus giving Arnold a competitive edge.

“The gentle art of psychological warfare: At the 1980 Olympia at one point I leaned over and told Frank Zane a joke…and, sure enough, he was laughing so hard that his concentration for his next pose was gone.” (Page 664; Arnold Schwarzenegger: Encyclopedia Of Modern Bodybuilding; Simon and Schuster, © 1987 Arnold Schwarzenegger)

Refusing to assist the opposing force

Arnold did not assist his opponents, as the old military saying goes “You never give your enemy the knife he needs to cut your throat”. In Pumping Iron Arnold discusses how easy it was to give his friend and competitor, Franco Columbo bad advise as he was extremely trusting of Arnold. On a separate occasion Arnold advised a younger competitor to growl while holding various poses onstage for the judges – resulting in disqualification (the younger competitor was not even in the same league as Arnold).

If you enjoyed this post be sure to check out…

Arnold on the Tim Ferriss podcast

What are your thoughts on Arnold’s Psychological Warfare?

Scott J.https://ignorelimits.com
I’m SJ. I’m a fitness enthusiast and published author. I transformed my body from a skinny fat 135lbs with 18% body fat to a solid 192lbs at 8% body fat. I became qualified in a field I was passionate about. I founded several online businesses that allow me to pursue ideas and projects in my life that I am passionate about without having to constantly worry about money. I published several eBooks explaining the training and dieting techniques I used to achieve the body I have today. I learnt a plethora of new information on dieting and fitness by reading and applying what I read, to find out what does work and what doesn’t work, because as I’m sure you’ve noticed the health and fitness industry is full of non-sense claims and BS. I found out what was true and what worked for me and applied that knowledge. And you bet I had fun during the whole process.
Previous article
Two Fitness Supplements That Really Work
Next article
Rotator Cuff Stretches To Boost Shoulder Mobility & Decrease Rotator Cuff Injury

How To Get Motivated To Go To The Gym

How To Throw A Cross (Straight Right) Correctly

4 Most Common Squat Mistakes Made In The Gym… Are You Making These?