Lifting With A Mouthpiece: Beneficial or BS? 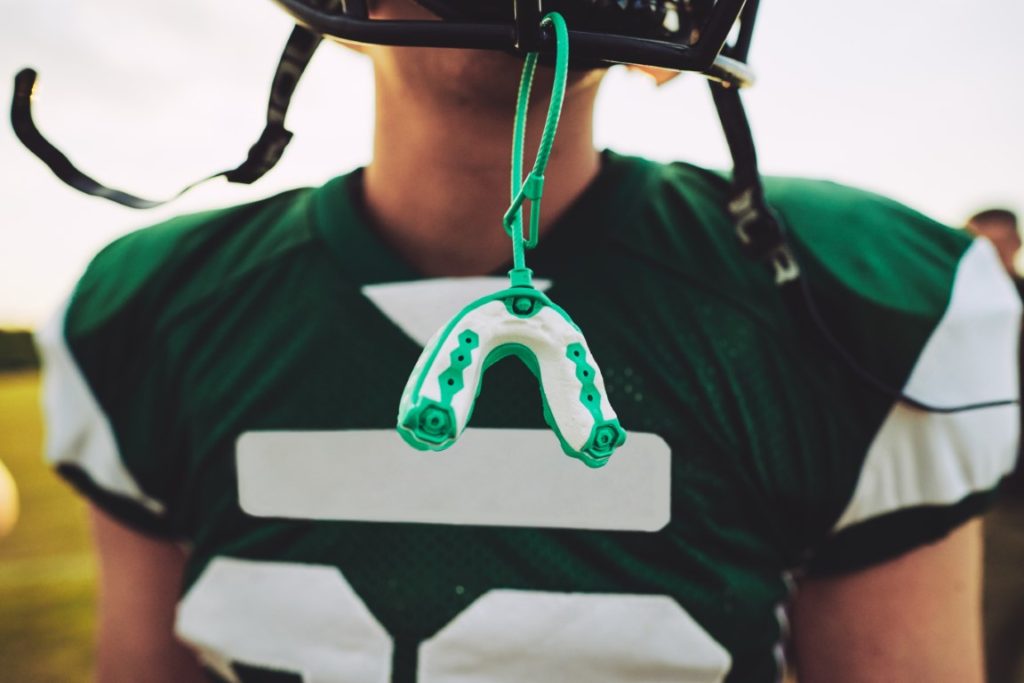 When you think of athletes wearing a mouthpiece chances are you’re thinking of boxers, UFC fighters, quarterbacks and the like… contact sports athletes.

Unless you train at a serious powerlifting gym chances are you haven’t seen someone lifting with a mouthpiece.

Clenching Your Jaw Can Legitimately Help You Lift More

Your Cortisol Levels Will Be Lower

Wearing a mouthpiece while lifting reduces cortisol levels? I know this out of all the benefits sounds like broscience but a legitimate study performed and published in the journal of strength and conditioning confirms this.

Here are a few notes from the study…

“Before the exercise testing, subjects were fitted with a customized mouthpiece by a sports dentist (Under Armour Performance Mouthwear, Baltimore, MD in cooperation with Bite Tech Corporation, Minneapolis, MN, USA) (Figure 1). The mouthpiece was noninvasive and fit snugly on the individual’s lower set of teeth. When mouthpieces arrived, individuals placed them in their mouths and all fit with ease and were comfortable. No issues of discomfort were noted or stated by any of the subjects. Subjects were instructed to wear the mouthpieces during routine exercise sessions before the testing days.

Your Performance As A Whole May Improve (Endurance, Speed etc.)

“The study was conducted as a simple between-subjects design, having independent variables of the three mouthpiece options, PX3 Bite Regulator, traditional thermoplastic mouthguard, and no mouthpiece. The dependent variables varied across the different test conditions – 1.5-mile run time, sit and reach distance, bench press repetitions, leg press repetitions, and anaerobic endurance distance. It was hypothesized that the compounding benefits of enhanced breathing, proper jaw alignment, and jaw stability offered by the PX3 Bite Regulator would result in improved performance during the physiological tests.

The PX3 Bite Regulator resulted in improved performance, to varying degrees, in each category. During the 1.5-mile run, the PX3 Bite Regulator condition yielded significantly faster run times than while wearing the mouthguard or not having a mouthpiece. Although many previous studies have shown that aerobic exercise capacity was not reduced while wearing a custom-made mouthguard compared with no mouthpiece,9–13 Piero et al14 reported improvements in aerobic performance while wearing a mouthguard compared with no mouthpiece. In this recent study, they evaluated the influence of a custom-made mouthguard on aerobic performance while cycling and reported significant increases in work rate at max VO2. They concluded that cyclists with the correct jaw posture may improve cycling performance.”

As much as I try and catch myself doing it I still find myself grinding my teeth when trying to push out those last few reps on my heavy compound exercises as well as when trying to make it through the hell that is drop sets and forced reps for hypertrophy.

Luckily I haven’t had any real issues as of yet but cracking teeth while performing 1 rep maxes and gunning for that new bench press PB have far more guys than you’d think cracking and chipping their teeth… even a custom made high quality mouthpiece is substantially cheaper than getting those sort of issues fixed.

It’s A Great Technique To Kill A Bad Habit

Regardless of whether we’re talking about in the gym or outside of the gym grinding your teeth is one hell of a bad habit to get into, one of the regulars at my gym has been a dentist for the last 10~ years and he mentioned you can pick who the lifters are just by looking at their teeth, not their physique as many have severely ground their teeth down of over the years of clenching and grinding.

Believe It Or Not A Mouthpiece Will HELP Your Breathing

Contrary to popular belief a mouthpiece can actually help you breath, not hinder it.
When you’ve got your mouthpiece in both your tongue and your jaw are in an aligned position, allowing you to fill your lungs with as much air as possible.

Better breathing can result in more reps as many guys gas out due to lack of air before their muscles are properly fatigued when performing hypertrophy-based training.

Not only will you get out a few more reps you’ll decrease your risk of passing out due to lack of air (this is more common on heavy compounds and 1 rep max attempts).

Which Mouthpiece Is The Best For Lifting? 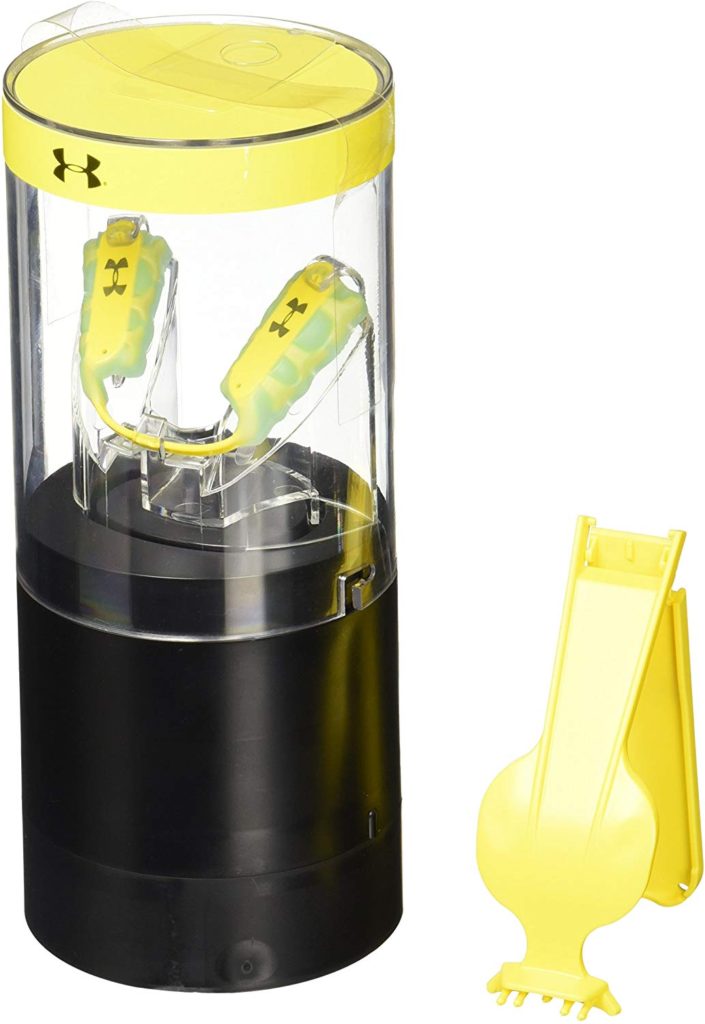 When it comes to mouthpieces regardless of whether it’s for sport or lifting most guys jump to literally one extreme or the other.

They either buy a $3 mouthpiece and soak it in hot water before biting into it or they spend $300 on an entirely custom solution from their dentist. This is great but in my opinion it’s unnecessary.

I personally recommend starting in the middle with a mouthpiece such as the UnderArmour ArmourBite, you can check this bad boy out here.

What’s Your Take On Lifting With A Mouthpiece? Let Me Know Below!