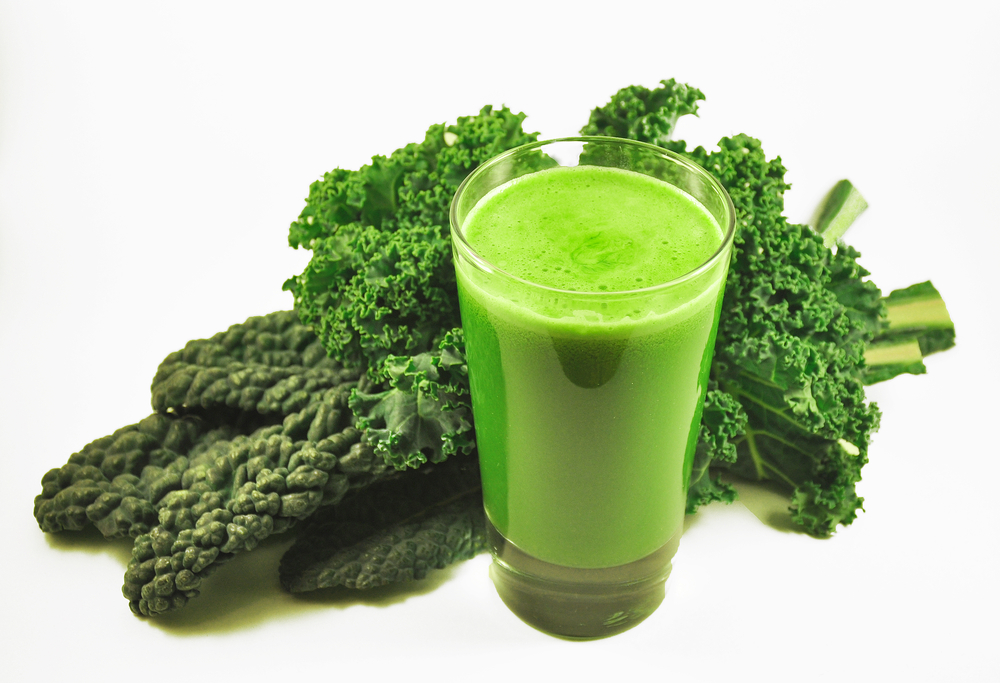 Joe Rogan, the former host of fear factor, stand up comedian, host of the biggest podcast on iTunes and commentator for the UFC swears by starting his day with a green smoothie.
Rogan knows what he’s talking about when it comes to health, well-being and nutrients and I’ve had a number of queries as to whether the green smoothie recipe he shares is legit.

Believe me it is.

I’m a big believer in starting your day with liquid nutrition – a big meal first thing in the morning with leave you feeling lethargic and low on energy when the day has only just begun, that sucks.
There’s no way you can eat the sheer amount of produce that goes into Joe Rogan’s kale shake for breakfast, but once you chuck it all in your blender it’s a whole different ball game.

Liquid nutrition is quick to make, quick to consume and will leave you bursting with energy.

Give the recipes below a try for a week and notice how much better you feel for it.

There’s several versions of Joe Rogan’s kale shake, two of which he’s shared via social media and his podcast.
That said, there’s no right or wrong way to make your own kale shake – in Joe’s recipes the apple/pineapple is for taste and to eliminate a bit of the tart flavour.
Once you’re able to smash down the kale shake as it is considering removing the apple/pineapple and adding more dark, leafy greens.

In order to blend the sheer amount of ingredients and particularly the dense garlic and ginger going into your kale shake I recommended ensuring you’ve got a high powered blender, a Vitamix isn’t cheap but they’ll blend everything and anything while lasting a life-time. 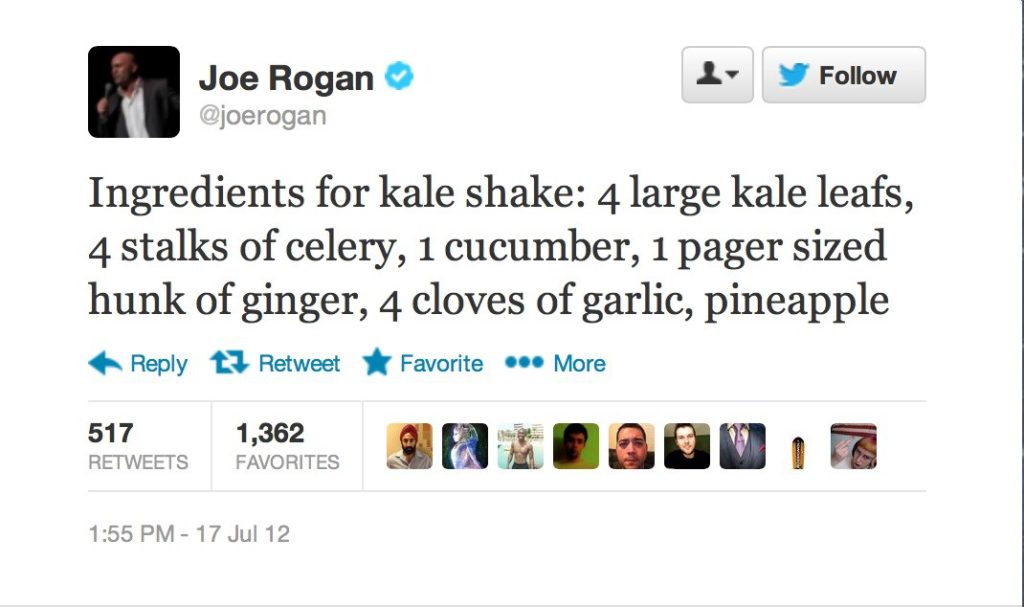 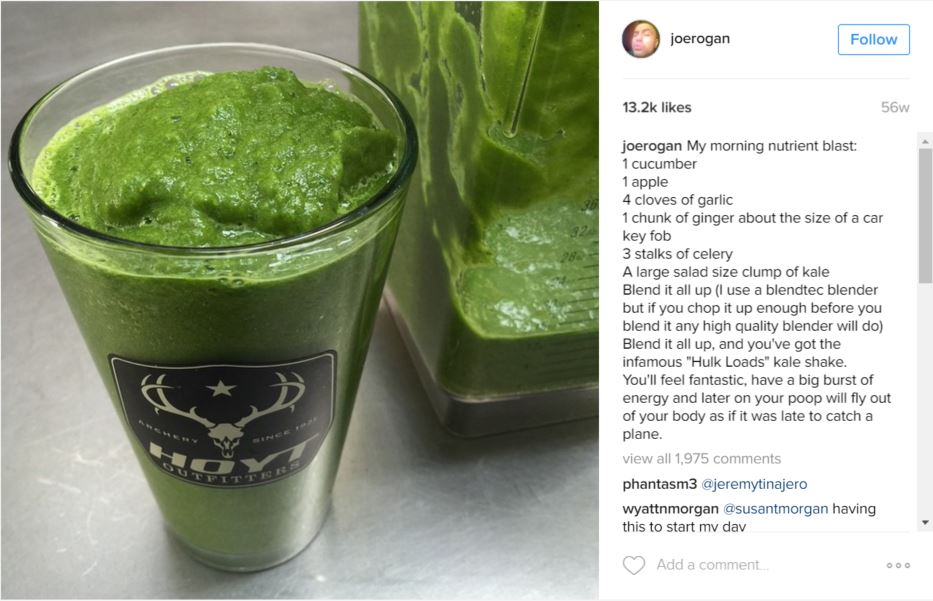 Have You Tried The Joe Rogan Kale Smoothie? If So Let Me Know Your Thoughts In The Comments Below!