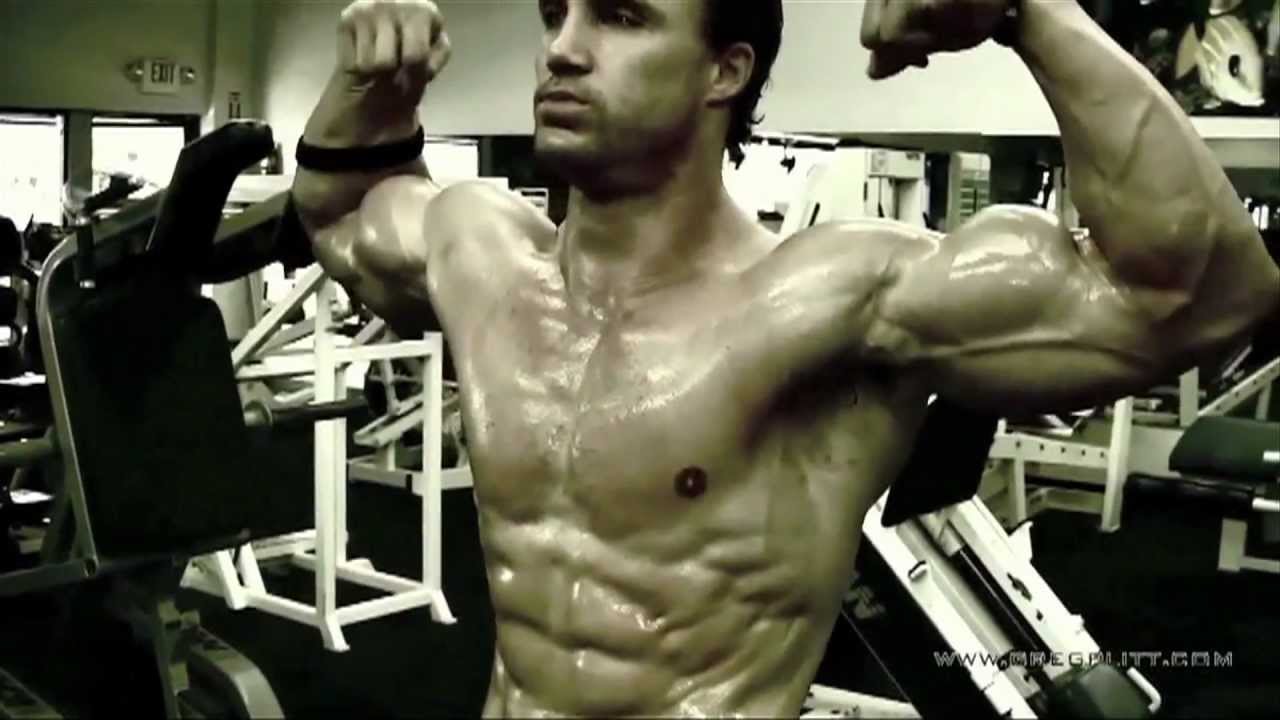 Greg Plitt was without a doubt the biggest motivator in the fitness industry for me.

An ex Army Ranger in charge of 180 soldiers, the most photographed fitness magazine cover model, founder of multiple companies in the fitness industry, motivational speaker, actor and all round badass.
He dedicated his life to motivating and inspiring others – with over 1,500 recorded jumps as a professional skydiver it’s safe to say Greg lived his life to the fullest.

“Plitt has broken fitness-modeling records by being on a fitness magazine cover every month in a row for an impressive 5 years straight.“

When following a workout regime the vast majority of individuals in the gym do not push themselves whatsoever.

I’m not saying this to hate on anyone.

I’m simply calling it how I see it.

I’ve seen the same guys hit the gym 5~ days a week for years, although they’ve made very little in the way of progress in terms of both size and strength.

It’s not due to their genetics or routine.

It’s due to the fact they never welcome the pain.

They say goodbye to each and every set before the pain says hello.

Their routine states 10 reps of incline barbell bench press so that’s exactly what they do.

They select a weight they can comfortably hit for 10 reps and off they go… they never really push themselves.

You must welcome the discomfort and pain during your sets if you ever want to grow.

Whether this be upping the weight and trying to hit the same number of repetitions with an increased load or you proceed to hit some extra reps if you’re comfortably making it to your prescribed rep count.

How you decide to apply progressive overload is up to you.

Increased weight, increased reps, altering the tempo to increase time under tension… when done correctly you’ll be forcing yourself to withstand a degree of pain before your set is over.

And as Greg Plitt says that’s the sign of a good set.

What’s Your Take On This Quote From Greg Plitt? Let Me Know Below!

Scott J.https://ignorelimits.com
I’m SJ. I’m a fitness enthusiast and published author. I transformed my body from a skinny fat 135lbs with 18% body fat to a solid 192lbs at 8% body fat. I became qualified in a field I was passionate about. I founded several online businesses that allow me to pursue ideas and projects in my life that I am passionate about without having to constantly worry about money. I published several eBooks explaining the training and dieting techniques I used to achieve the body I have today. I learnt a plethora of new information on dieting and fitness by reading and applying what I read, to find out what does work and what doesn’t work, because as I’m sure you’ve noticed the health and fitness industry is full of non-sense claims and BS. I found out what was true and what worked for me and applied that knowledge. And you bet I had fun during the whole process.
Previous article
Double Jab Right Hook Boxing Combination
Next article
My Mountain Treadmill Workout For Killer Calves & Cardio Endurance

Drop Sets Explained: How To Use Them To Stack On Size

How To: Decline Push-Up

5 Big Benefits of Boxing Training: Why You Need To Start Boxing