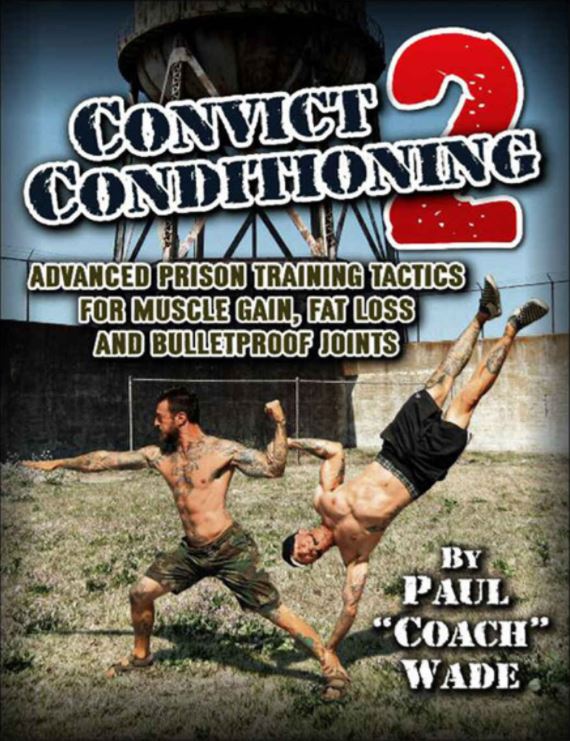 My love for bodyweight training had me re-visiting the original Convict Conditioning which I reviewed a couple of years ago, and more recently Coach Paul Wade’s sequel, Convict Conditoning 2.
“It’s probably just a re-hashed routine utilizing the same exercises” I thought to myself while I contemplated whether to order Convict Conditioning 2 or not.
Let it be known, this is know a re-hashed version or money grab like the majority of fitness and dieting sequels out there.

If you’re proficient in the six bodyweight exercises I recommend jumping straight in to Convict Conditioning 2, if you’re struggling to do a straight leg raise however I suggest you pick up the original first and build upon the fundamentals before you delve into the wealth of knowledge in this sequel.

The six main bodyweight exercises include…

The push up
targeting your pecs, deltoids and triceps

The squat
Targeting your quads, glutes, calves and hamstrings

The pull up
Targeting your lats, rhomboids, traps, forearms and biceps

The bridge
Targeting your lower back, hips and spine errectors

The handstand push up
Targeting your shoulders, traps and triceps

Convict Conditioning 2 addresses the ‘weak links’ that very few of us ever address, let alone address efficiently.
The vast majority of guys never place any emphasis on their forearms or grip strength, yet fail to see why they’re unable to progress on exercises in the gym such as their weighted pull-up or hevy bent over row… training the movement itself won’t always fix the issue.

You must delve deep to find and fix the weak link. That’s where this book comes in handy.

You Can ALWAYS Move Forward

You won’t always progress on the bench press, after years of training 99% of gym-goes will hit a plateau and get stuck there, be it due to their genetics, shoulder injuries, motivation or otherwise.

When it comes to bodyweight exercises there’s a lifetime of progression ahead of you.

Coach Paul Wade is not just talking about working up to the handstand push-up, there’s a large range of lifelong progressions for all exercises! From the neck bridge and grip hang variations to the back bridge and flag.

The zen-like feeling of mastering the movement of your bodyweight while building strength is addictive, and as such these weak links  must eventually be addressed in order to continue to progress. 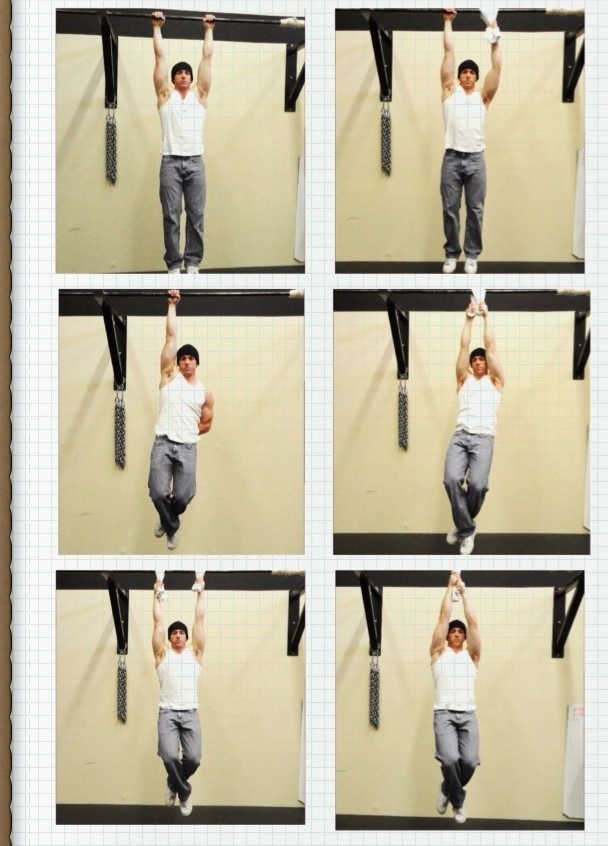 Paul Wade delves into an easy to follow method to increase your grip strength immensely while also building shotgun like forearms in the process.
Exercises such as deadlifts, bent over rows and weighted pull-ups will become that much more manageable once you’ve got solid grip strength on your side. 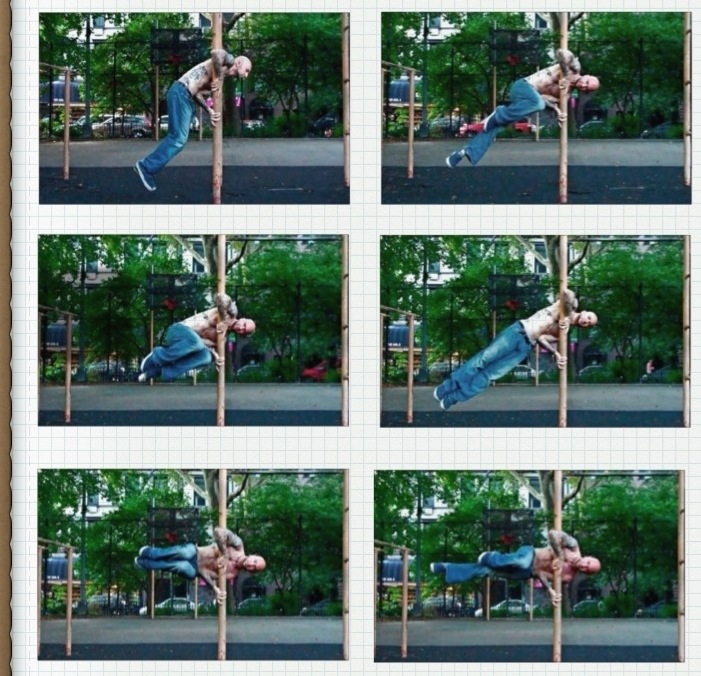 Forget the sit-ups, side twists and cable crunches.
Want an unbreakable core? Follow Paul Wade’s guide to the hanging leg raise and the human flag.

There’s variations from beginner to advanced for both of these exercises, although the fully extended human flag may seem like an impossible task the progressions presented in this book break it down nicely.

You won’t only look like a boss when you’re performing your human flag variations, you’ll also be building ridiculous core strength which will aid during compound lifts requiring stabilization such as your military press and barbell squat. 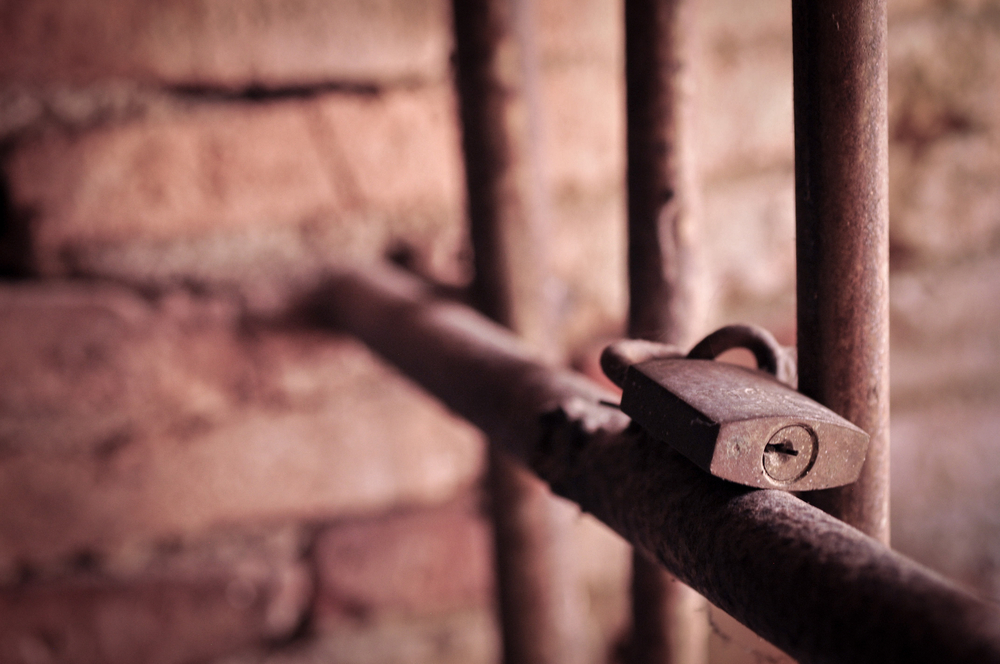 Convict Conditioning 2 isn’t all about exercise form and rep ranges… Coach Paul Wade delves deep into motivation, dieting, sleep and living a healthy, happy lifestyle.
The hour you spend working out each day has structure so why shouldn’t the other 23 hours of your day?

Not only does this chapter contain a ton of insightful, actionable information… but it also serves as a reminder.
You can train as hard as you want but if you don’t have the rest of your day under control you’re not going to progress.

This isn’t just a spiel from another fitness fanatic that’s spent a few years getting his certifications… these are lessons and gems of advice from a veteran of bodyweight training that has lessons to share from both inside and outside of the cellblock.

Should You Read Convict Conditioning 2?

If you’re looking to bring your weak links up to speed and you’re relatively comfortable with basic bodyweight exercises then yes, this sequel is for you.
If you’re a newcomer that’s yet to conquer the leg raise or the pull-up I’d recommend working your way through the exercise progressions of the original Convict Conditioning’s Big 6.

>>Pick Up Your Copy Of Convict Conditioning 2 Here<<