Should You Listen To Music While Running?

Should You Listen To Music While Running? 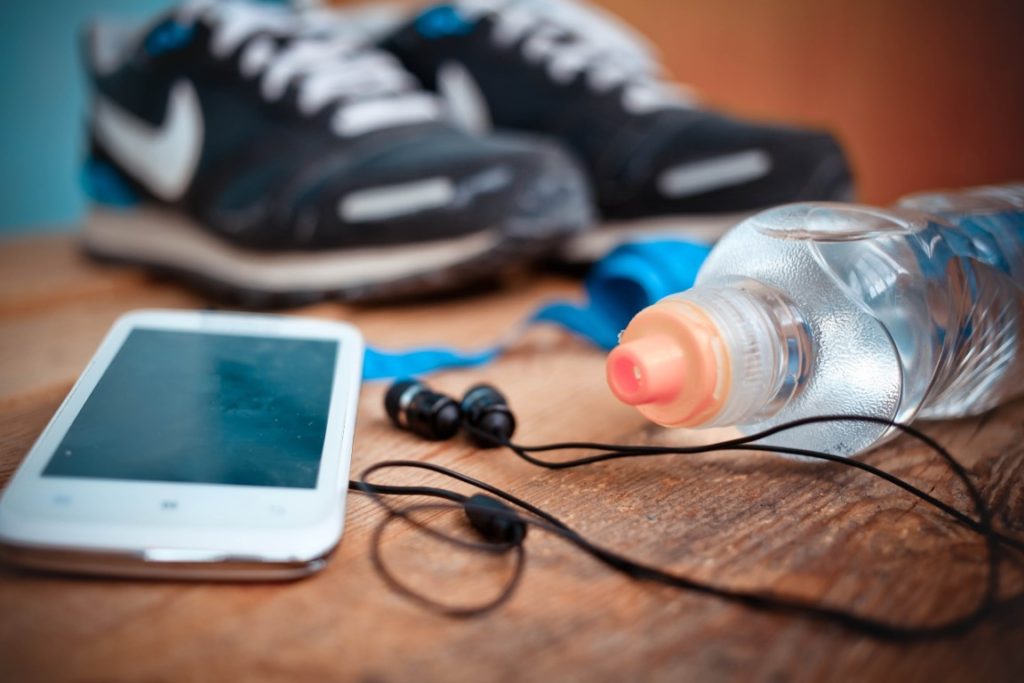 When it comes to running with music the vast majority hold such a strong preference for running WITH music that if their Airpods are out of charge they’ll delay their run.
Then you’ve got the minority that literally never run with music, be it due to personal preference or safety.

From my own personal experience road running and trail running both with and without music let’s take a look at the pros and cons of both to determine whether you personally shoulder listen to music while running. 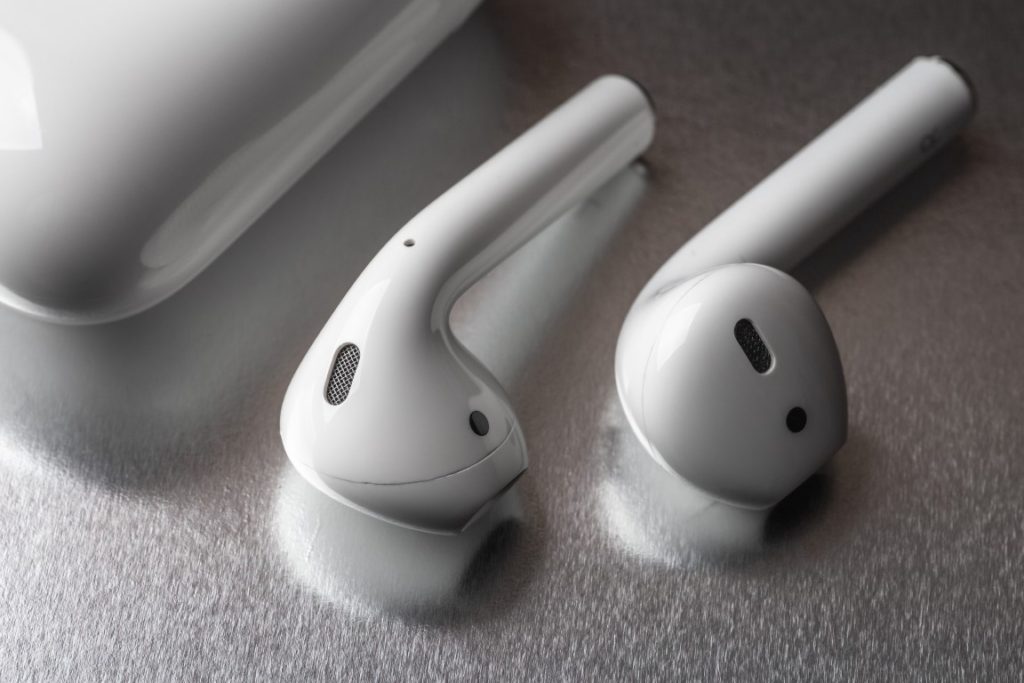 Now, if you’re listening to old slow music or some classic country tunes this benefit won’t apply, but if you opt for a high BPM playlist you’ll find that you can expect a 10% – 15% increase in pace.
Trying to break the 20 minute barrier for your 5KM run? A fast playlist might just be enough to get you there.

Regardless of how long or how little time you’ve been running we all experience those days when getting your shoes on and getting out the door are a struggle.
The difference between a good runner and a great runner are the great runners get in their training sessions even when they don’t feel like it. They make their decision to go out and run based on their values (physical fitness) not their feelings (not feeling like running that day).

A new playlist or even a few new songs on an existing playlist might just be that edge you need to get your shoes on and get out the door and on your run.
This can be a huge advantage over time (the catch-22 is we don’t want to always become reliant on this).

It Can Help You Forget About Your Breathing & Cadence

This one is more for the casual runner – focusing on your music can take your attention away from your cadence and breathing.
Although not great for competitive or serious runners as more conscious thought and calculation are put into these if you’re merely running to burn calories and lose weight music may very well be a godsend to assist in getting it done without too much thought.

It Can Mask Pain & Discomfort From Running

Here’s a few interesting quotes from it:

“Results. Music failed to influence HR, RPE, and sensations of exertion in the three studies. However, about 30% of the participants indicated that the music helped them at the beginning of the run. The participants stated that music both directed their attention to the music and motivated them to continue. Despite the heavy workload reported by the runners, running with music was perceived as beneficial by many.

Conclusions: People engaged in high intensity running may benefit from listening to music, but may not increase their ability to sustain that effort longer than they could without music. Further research that incorporates personal music type and rhythm preferences should be carried out in order to advance this line of inquiry.” 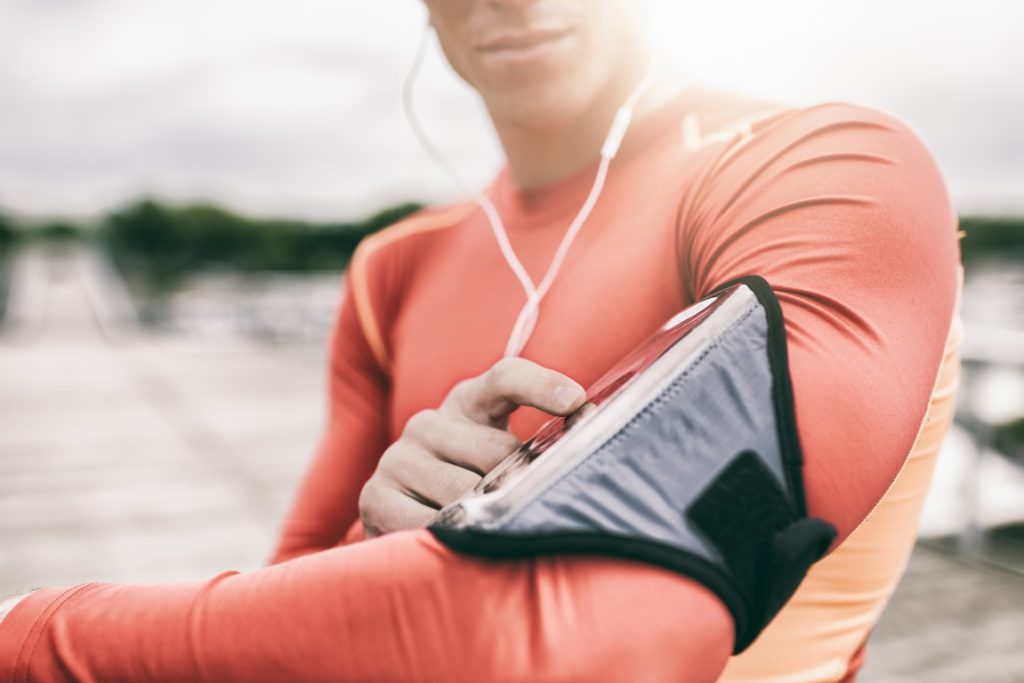 As mentioned above music can make you run faster by 10% – 15% according to research, however this can be detrimental when performing longer/endurance based runs.
It’s natural – when we hear upbeat and fast paced music we begin to speed up… for a short dash or a couple of kms around your block this isn’t so much of an issue, but when you’re out on a Sunday morning for a 12 mile steady paced run it can be damn near impossible to maintain your training pace as you’ll find yourself constantly speeding up or slowing down based upon what song you’re listening to. Music may have you running faster but the flip side of this is it’ll very likely have you fatiguing quicker too.

You Can Pay Greater Attention To Your Body

Listening to music while running can reduce your perceived level of exertion and block out the pain to a degree, but for serious runners these are key things we want to be able to experience.
We need to listen and feel our body so we can make adjustments based off of them, we don’t want to constantly block them out.

The sound of scuffing shoes – your cadence is too low and you aren’t lifting your legs high enough with each stride.
A stitch – your not breathing out enough, focusing on exhaling more with each breath.

If you’ve got your music on softly you should be fine, but let’s be honest if youv’e got a motivating high BPM playlist blasting through your earphones chances are you don’t have the volume set on an overly conservative level. This means you may fail to hear cars, other runners and even animals that’re about to cross your path.

I’ve never had any issues road running with music but I have had a few close calls with kangaroos while trail running (jumping out in front of me across the winding single trails).

You’ll Be Prepared For Events Where Music Is Banned

You’d be surprised at how many events out there a have a ban on listening to music while running (due to the potential dangers listed above). If you only run with music you’ll without a doubt have a hard time getting up and putting in a solid effort when you’re running in silence as you haven’t trained like that. When you train without music you can race without music with ease.

You’ll Be Able To Focus On Your Breathing

I doubt I’m the only one that has this issue – I can’t breathe properly when I’ve got loud music playing in my ears.
I end up holding my breathe or taking short shallow breaths, I find myself getting far more stitches in the middle to later portion of my runs too.

I recommend transitioning away from music when going on longer runs, as pacing and breathing can suffer greatly from fast paced music particularly when you’re attenpting to keep things slow and steady.

For short runs such as a fast 5km run or interval hill sprints the aid of music can help you run faster and push through that pain barrier and as such can result in a better finish time.

Try with music, try without music… take note of the advantages and disadvantages of both I’ve listed above and find what works best for you.

What’s Your Take On Should You Listen To Music While Running?

Scott J.https://ignorelimits.com
I’m SJ. I’m a fitness enthusiast and published author. I transformed my body from a skinny fat 135lbs with 18% body fat to a solid 192lbs at 8% body fat. I became qualified in a field I was passionate about. I founded several online businesses that allow me to pursue ideas and projects in my life that I am passionate about without having to constantly worry about money. I published several eBooks explaining the training and dieting techniques I used to achieve the body I have today. I learnt a plethora of new information on dieting and fitness by reading and applying what I read, to find out what does work and what doesn’t work, because as I’m sure you’ve noticed the health and fitness industry is full of non-sense claims and BS. I found out what was true and what worked for me and applied that knowledge. And you bet I had fun during the whole process.
Previous article
Lifting With A Mouthpiece: Beneficial or BS?
Next article
5 Bodyweight Ab Circuit Workout Routines For Abs of Steel

How To Develop A Visible Adonis Belt (V Shape Abs)

You Are Entirely Up To You

Is The One Punch Man Workout Legit?