When training shoulders most guys neglect their rear deltoids! The anterior and medial deltoids receive all the love from presses and lateral raises, however the ‘out of side, out of mind’ mentality seems to come into play when it comes to the rear (posterior) deltoids!

The cable rear delt fly is a fantastic exercise to hone in on the rear delts and show them some love.

Opt to perform this exercise on shoulder day, back day or if you’re encountering issues with them lagging behind then hit it twice a week!

With your palms facing each other keep your back straight as you bend your waist in order to get down into position with your torso as parallel to the floor as possible.

While maintaining this position with your torso bend your elbows slightly while contracting your shoulder blades to lift the handles up until parallel to the floor.

Hold this contracted position for 1 second. 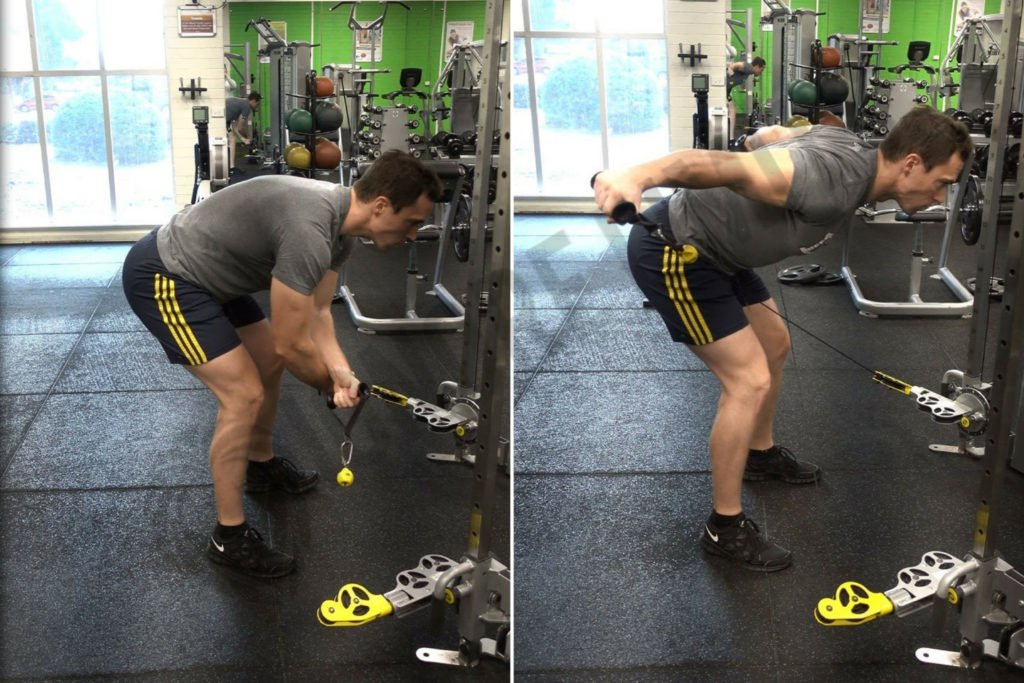 Adjust the pec deck machine arms and sit on the seat backwards and voila! You’ve got a rear delt fly machine.
I personally find the dumbbell variations of the rear delt fly to be superior to the machine variation as the machines range of motion is locked in place – not an ideal plane of movement for everybody.

Any Questions Regarding The Cable Rear Delt Fly? Ask Below!