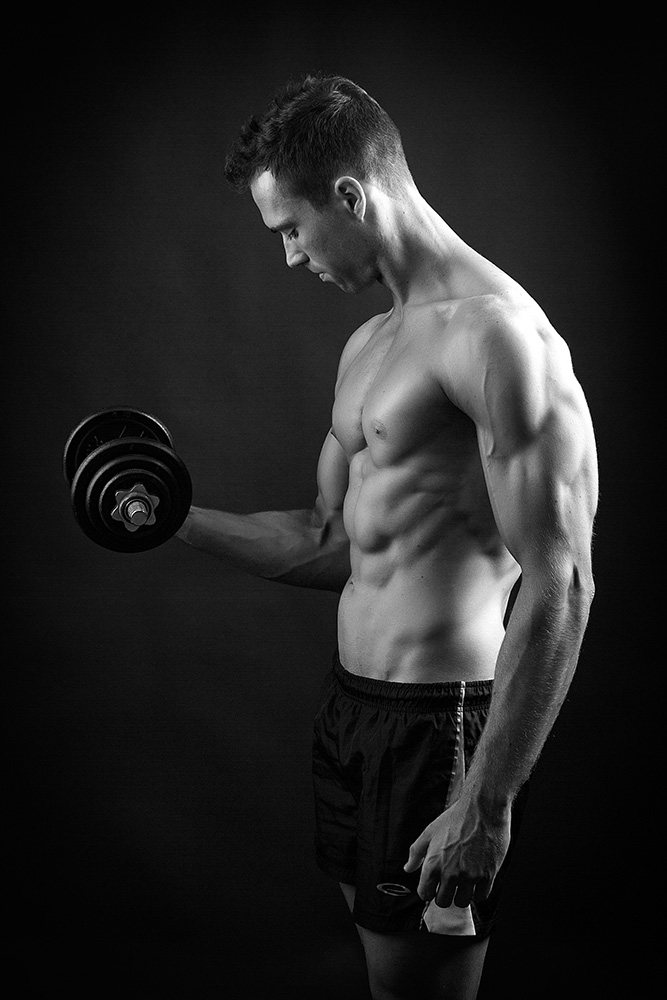 There’s many opinions out there regarding whether barbell or dumbbells are better for training – both pieces of equipment have their pros and cons and the ‘better’ option comes down to the exercise itself (we’ll explore a range of exercises in a future post) but for now we’re focusing on the barbell vs dumbbell bicep curl specifically when targeting the biceps for mass and size.

Your curling exercise is hands down the most important exercise for building both size and strength in your biceps.
So where should our priority lay when it comes to exercise selection for stacking of slabs of mass to your biceps? Which exercise is going to give you the best bang for your buck during your workout?

Here’s What You Need To Know – Barbell Vs Dumbbell Comparison 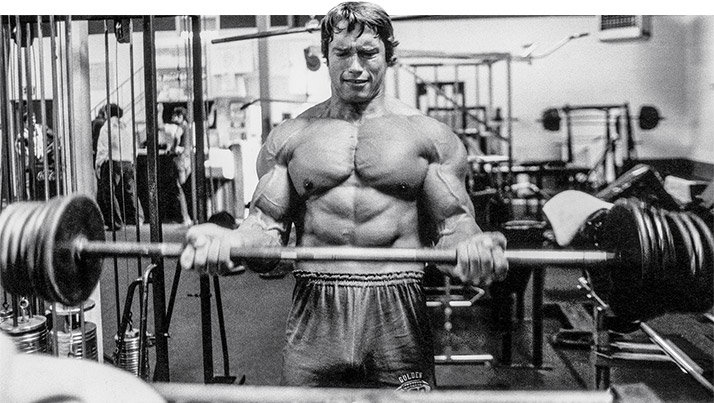 Before we delve into the weight being lifted or any of the other details let it be know – range of motion is everything.
Unless you’re working the entire plane of movement of the exercise you’re not going to be engaging the muscle correctly and as such are going to be wasting your time.

When it comes to performing the bicep curl with a barbell you’re able to work from a locked out position (arms straight down) to a fully contracted position, squeezing your biceps. However, you will not be able to make small tweaks to the movement and range of motion as if you were using a pair of dumbbells for your bicep curls.

When performing the dumbbell curl a slight twist of your wrist as if you were attempting to touch your pinky finger to your medial deltoid assist in contracting the biceps. When you’re holding a barbell you cannot work this slightly extra range.

It’s quite common for you to have a dominant side or muscle group – when I previously used to perform the barbellcurl I’d find myself curling more of the weight through my right side as my left side was unable to keep up and with the increase in weight and reps (progressive overload, the key to growth!).

Unfortunately there is no definitive way to cure a muscular imbalance when utilizing a barbell as your dominant side will always come in to play to compensate.

This is where dumbbells come to the rescue – there’s no way to cheat and utilize a dominant side when curling dumbbells as the weight is evenly distributed among each arm.

Tension On The Biceps

Tension on the biceps when working with a barbell is dependant on the hand placement utilized – a wider hand placement will be placing greater emphasis on the inner head of the bicep, meanwhile a narrower grip will place the load on the outer head of the biceps.. However as you begin to up the weight in order to overload the muscles our form on the barbell bicep curl more often than not begins to compromise – with the shoulders flaring out and a swinging hip thrust-like movement, resulting in momentum playing a greater part in the movement (and removing tension from your biceps all together!).

Maintaining tension on the bicep via the dumbbell curl is far easier as I mentioned you’re able to lift each weight independently, ensuring you’re not removing tension off your weaker side by compensation with your dominant side.

The small twisting movement I discussed under the ‘Range of Motion’ heading also ensures an increase in tension (and time under tension) on the biceps.

There’s no doubt about the fact that an increased load can be lifted when utilizing the barbell curl as opposed to the dumbbell curl, however as I mentioned as you begin to lift heavier and heavier weight on your barbell curl this is the time when muscular imbalances reveal themselves.
Lifting dumbbells also requires greater stabilizer activation, resulting in a decrease in the total weight your muscle fibers are able to lift in comparison to the steady plain of the barbell. 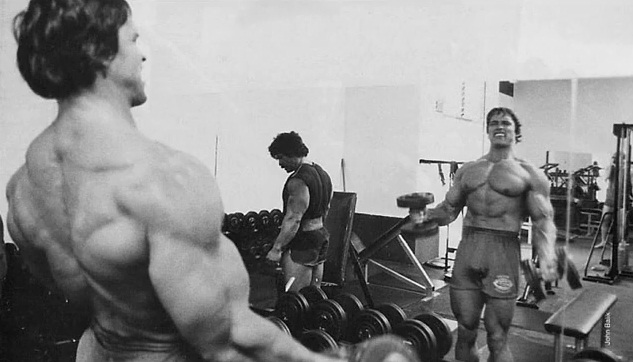 Without a doubt the barbell bench press is easier to plan and train with in terms of progression and programming – however, this is often due to the equipment on offer in your gym.
There’s never a shortage plates for your Olympic barbell, but finding a gym that has a linear progression in dumbbells from 20lbs to 75lbs is quite hard, especially when travelling.

The majority of injuries I see and hear about from bicep training is a result of a poorly performed barbell curl.
Lower back pain and wrist tenderness are more often than not due to incorrect form, lifting too heavy and poor grip placement on the barbell – these issues are alleviated when curling dumbbells.

What’re your thoughts on this ongoing debate? Let me know below!

Scott J.https://ignorelimits.com
I’m SJ. I’m a fitness enthusiast and published author. I transformed my body from a skinny fat 135lbs with 18% body fat to a solid 192lbs at 8% body fat. I became qualified in a field I was passionate about. I founded several online businesses that allow me to pursue ideas and projects in my life that I am passionate about without having to constantly worry about money. I published several eBooks explaining the training and dieting techniques I used to achieve the body I have today. I learnt a plethora of new information on dieting and fitness by reading and applying what I read, to find out what does work and what doesn’t work, because as I’m sure you’ve noticed the health and fitness industry is full of non-sense claims and BS. I found out what was true and what worked for me and applied that knowledge. And you bet I had fun during the whole process.
Previous article
6 Lessons From The DJ Khaled The Keys Book
Next article
Barbell Curl Grip Variations

How To Throw A Cross (Straight Right) Correctly

3 Principles That Will Ensure You Build An Impressive Physique (Follow These!)

The Road to Victory in Your Endeavours… The Long Game

Does The Training Mask Work?

Habits Of A Winner