Tai Lopez Net Worth – Is Tai Lopez Worth A Damn?

Tai Lopez Net Worth – Is He Successful Or A Scammer? 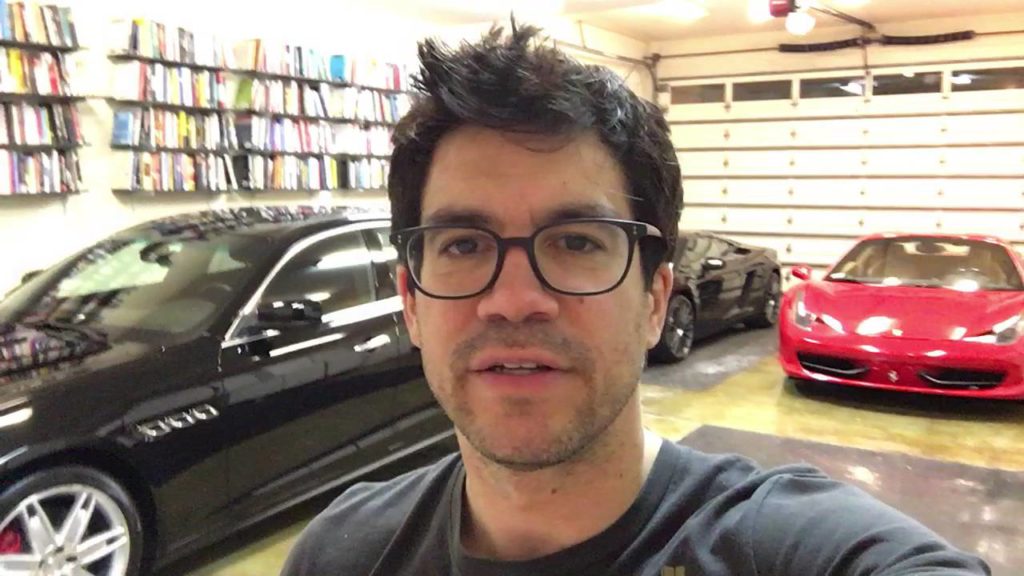 If you’ve been online in the past year or so I’m sure you’ve seen his face or heard his name, Tai Lopez – reader of a book a day, founder of many successful businesses, featured on TED, collector of exotic automobiles and fine women.

Over the last month I’ve had a few questions as to whether Tai Lopez is a legit businessman or a scammer.

Before all of the viral marketing and ‘fame’ he’s now found I discovered Tai Lopez’s podcast, at the time Tai only had a couple of thousand views on his YouTube channel, I worked my way through his ’67 steps’ program when it cost the price of a cup of coffee at StarBucks.

We know he has a Ferrari, A Lamborgihini, A Maserati and he lives in the Hollywood Hills. We know he ‘reads a book a day’.

When running through the 67 Steps Tai makes a point (which we need to apply to him!).

The Worth A Damn Factor

There’s tons of online courses, mentors, get rich quick schemes and conferences out there.
Today it’s easy, anyone can write a book, anyone can tell you that they’re successful… but don’t take their own word for it, it’s biased.

Ask yourself “Are they worth a damn?”

With very limited amounts of information on Tai Lopez (having never revealed the names of his business etc.) it’s hard to determine.
One thing I have noticed however is the quality of Tai’s free content as time has progressed.

Tai Lopez’s free content is not worth a damn.

The 67 steps, an audio program containing a one a day tape to listen to (generally around an hour in duration) is loaded with great information on the steps to success, cognitive biases we’re susceptible to and lessons from his mentors.

No-one can pinpoint Tai Lopez’s exact net worth, however a number of estimators value Tai Lopez, at the start of 2016 to have a personal net worth between 3 and 7 million dollars.
Keep in mind this is during Tai’s giant social media push – spending big dollars on Facebook, Instagram, Youtube and Google ads to promote his online information products.

If you want a taste of the insight and knowledge Tai can offer I recommend checking out his old content, before he begun to push his numerous white belt and blue belt mentoring programs and coaching. There’s a ton of great information in the long early videos and audio recordings he created.

As of late though the gold rush of great nuggets of information has ceased.
It’s all a funnel for paid content.
He’s not stupid, that’s business – offer a bit for free and funnel your prospects into your entry level products.

However the quality just isn’t there.

Because we don’t know Tai Lopez net worth or anything to point to exactly what he’s achieved outside of his self-promotion programs as a self-development guru I cannot recommend programs that cost thousands of dollars per month.

Is Tai Lopez the guy promoting a gold rush and then selling everyone shovels? Perhaps.

That said, the 67 Steps program is great – it’s relatively cheap and offers a ton of great information broken up into modules over the course of 67 days (as this is how long according to Tai it takes to implement a new habit).

Check out Tai Lopez’s free content here (I recommend sorting by oldest first) and check out the 67 Steps program here.

What’s Your Take On Tai Lopez? Let Me Know In The Comments Below!

Scott J.https://ignorelimits.com
I’m SJ. I’m a fitness enthusiast and published author. I transformed my body from a skinny fat 135lbs with 18% body fat to a solid 192lbs at 8% body fat. I became qualified in a field I was passionate about. I founded several online businesses that allow me to pursue ideas and projects in my life that I am passionate about without having to constantly worry about money. I published several eBooks explaining the training and dieting techniques I used to achieve the body I have today. I learnt a plethora of new information on dieting and fitness by reading and applying what I read, to find out what does work and what doesn’t work, because as I’m sure you’ve noticed the health and fitness industry is full of non-sense claims and BS. I found out what was true and what worked for me and applied that knowledge. And you bet I had fun during the whole process.
Previous article
The Best Blender For Protein Shakes & Bulking Smoothies
Next article
4 Things I’ve Learned From Writing Every Day

4 Things To Ask Yourself Before Starting A New Diet

How To: Decline Barbell Bench Press

Eliminate Maybe From Your Vocabulary

How To: Foam Roll Glutes