How To Use Creatine Correctly 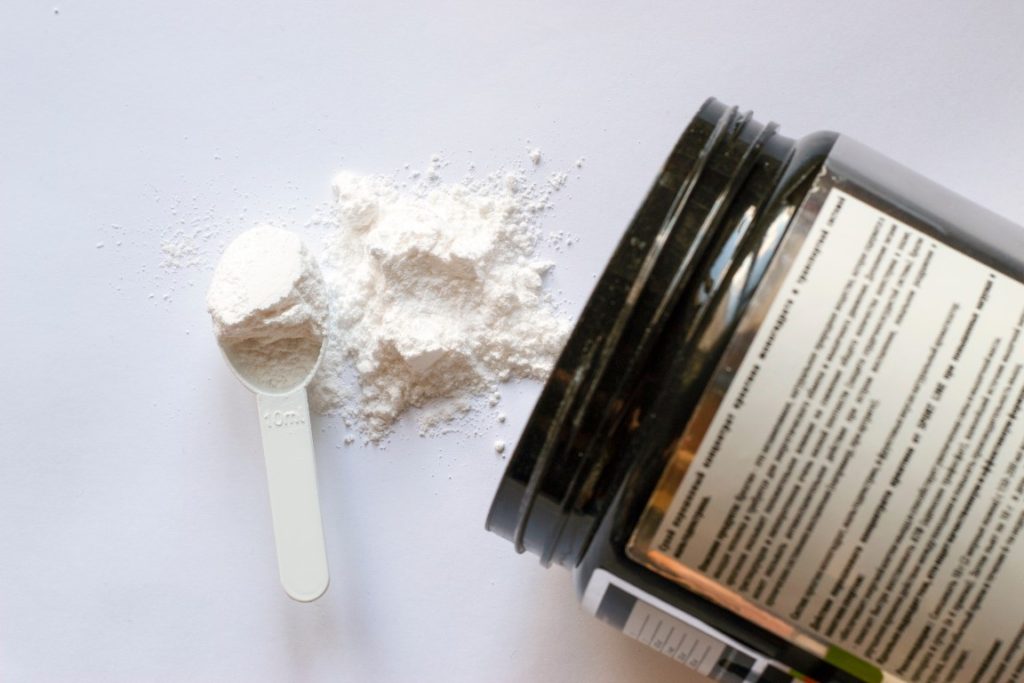 When it comes to discussing the various supplements on the shelf at your local supplement store most of them are utter BS.
Testosterone boosters that’re essentially just zinc picolinate pills in disguse, protein blends with a hint of green tea extract added in that assures you it’ll have you melting body fat in no time… unless you know what you’re looking at it’s easy to be conned by the snake oil salesmen in the industry. If you know how to use creatine correctly though it’s a whole different ball game.

Creatine is one of the few proven products on the shelf that’ll genuinely assist you in getting stronger, more explosive and recover better.
It’s one of the most popular sports supplements in the world and has been the subject of many legitimate studies.

Let’s take a look at what creatine actually is along with how to take creatine correctly (as there is where most guys that buy it end up going wrong!).

What Actually Is Creatine?

Creatine is found naturally in the body (the vast majority is stored in our muscles, however you’ll also find creatine in your kidneys, liver and brain).

The purpose of creatine is to produce the energy required for heavy lifting and high intensity based exercise.
From sprints to heavy pause reps on the bench press – elevated creatine levels will assist you.

Creatine is stored in our muscle cells in the form of phosphocreatine, this then assists in the creation of ATP, a molecule used by our body to perform exercise.

To put it simply by supplementing creatine we increase the amount of phosphocreatine in our cells which in turn assists with ATP production – the more ATP we have the better we’ll lift, run, jump and perform athletically in general.

What Benefits Can You Realistically Expect From Creatine Supplementation?

These may sound too good to be true, but below you’ll find a number of legitimate studies backing up these creatine benefits and expectations.

Unfortunately without actually going through both a loading and maintenance phase (we’ll discuss this below) with creatine it’s damn near impossible to tell if you will be a responder or non-responder.

In order to get an understanding of whether creatine supplementation does work for you I recommend supplementing for no less than 12 weeks.

During this time monitor everything.

The weight you’re lifting, your sprint times, how well you feel you’re recovering between workouts and training weeks.

If you’re a non-responder you’ll likely gain some weight (water weight) butr won’t notice any beneficial increases in your training.

Non-responders typically have a high level of natural creatine in their muscles and as such do not receive any additional performance benefits from increasing their levels further. Non-responders generally have a low percentage of type II muscle fibers.

Responders generally have a higher percentage of type II muscle fibers and a low level of natural creatine stored within their muscle cells, as such the big boost in stored creatine via supplementation gives them the benefits listed above.

How Do You Load Creatine Correctly? (And Do You Need A Loading Phase)

5 grams a day is great once our muscles are ‘saturated’ with creatine monohydrate, but how do we successfully saturate the muscle before we begin our daily 5 gram dose?

There are two ways we can go about it.

1 – Simply take your 5 grams of creatine a day and know that it’ll take roughly a month for your muscles to become saturated.
2 – Perform a loading phase of 4 serves of 5 grams a day for 5 days straight before dropping down to 1 daily 5 gram serve.

I’ve personally tried both and have had success with both methods, as I’m all about time and efficiency I recommend following the loading phase of 20 grams per day so you can start seeing and feeling the benefits of creatine supplementation sooner.

One Mistake Guys Make When Consuming Their Creatine Post-Workout…

Most guys just take their 5 gram scoop of creatine and dump it into some cold water after their intense workout, this is not the optimal way to get your creatine monohydrate to your muscles.
Spiking our insulin levels is the key to efficient creatine transportation to our muscles.

“SJ, how on earth do we spike our insulin to shuttle in the creatine optimally???”

Mix your creatine in with some juice.

I personally mix my unflavored creatine with cloudy apple juice. It tastes delicious and gives the necessary insuline spike without being over the top.
Feel free to use orange juice, apple juice, pineapple juice… whatever you prefer.

Creatine is one of the safest supplements out there with very little in the way of side effects, however muscle cramps are of the most common (and painful!) side effects I’ve experienced myself.
This is simply solved by increasing your daily water intake.

It makes sense as creatine draws more water into your muscle bellies, leaving your body itself in a potential state of dehydration.

What Does Science Have To Say About Creatine Supplementation? 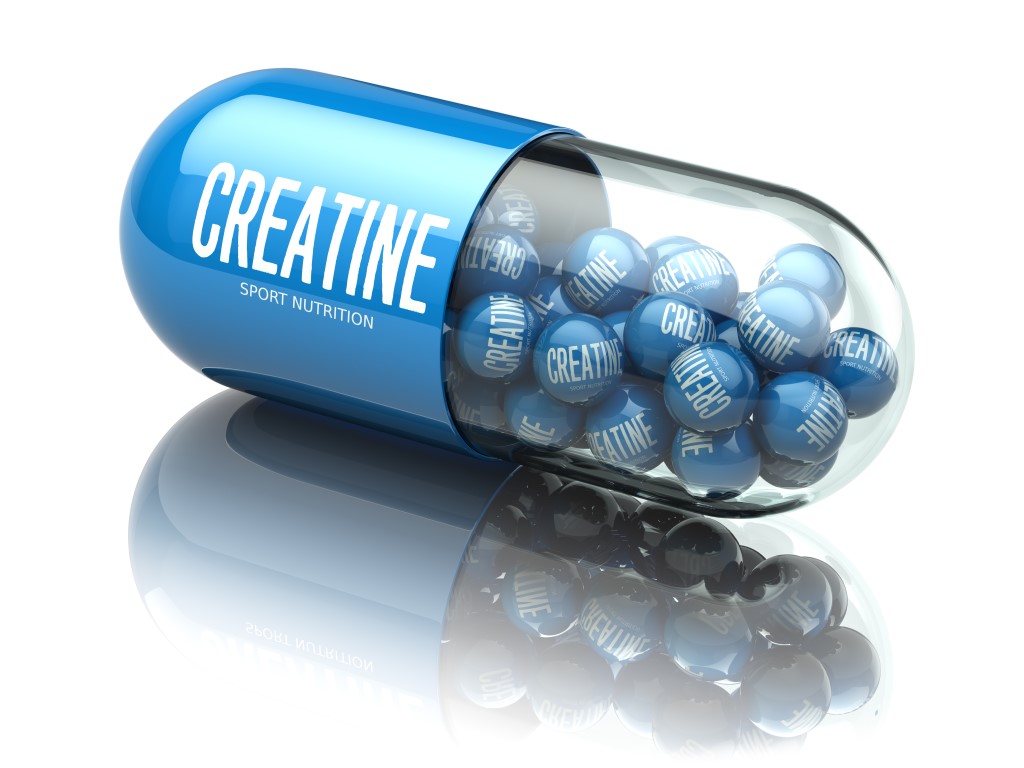 Caffeine and creatine use in sport.

Creatine monohydrate is the most effective ergogenic nutritional supplement currently available to athletes with the intent of increasing high-intensity exercise capacity and lean body mass during training.

The above review indicates that creatine supplementation has positive effects on:

· Amplifying the effects of resistance training for enhancing strength and hypertrophy.

It can be concluded that 28 days of creatine supplementation increased resting muscle creatine phosphate, muscle glycogen content and plasma volume during exercise.

Effects of creatine supplementation and resistance training on muscle strength and weightlifting performance.

The increase in bench press 1RM ranged from 3 to 45%, and the improvement in weightlifting performance in the bench press ranged from 16 to 43%. Thus there is substantial evidence to indicate that creatine supplementation during resistance training is more effective at increasing muscle strength and weightlifting performance than resistance training alone, although the response is highly variable.

Effects of oral creatine and resistance training on serum myostatin and GASP-1.

Here’s The Creatine I Use & Recommend 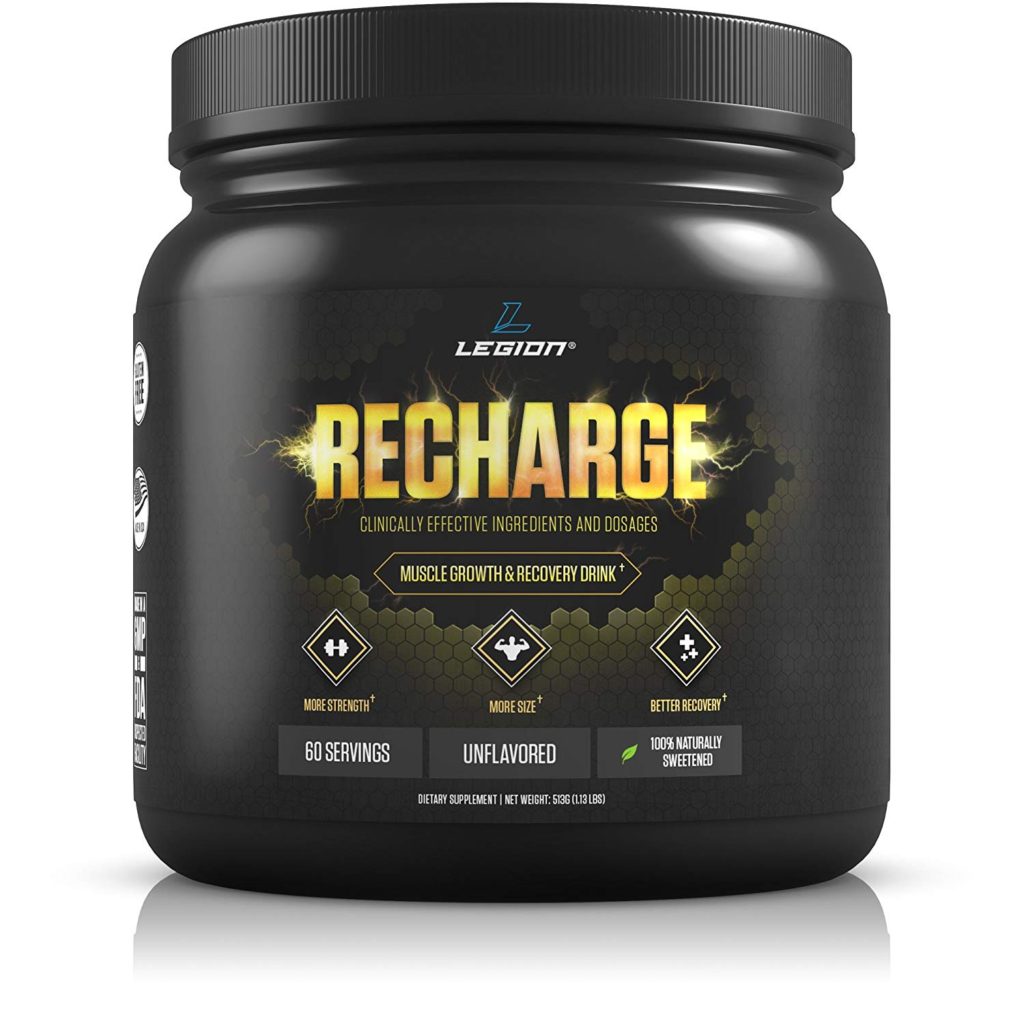 Loaded with 5 grams of high quality creatine monohydrate per serve (clinically effective dosage) and available in some great flavors including watermelon & strawberry lemonade my buddy Mike over at Legion Supplements has formulated a fantastic post-workout creatine supplement here.

Naturally sweetened with stevia too so no nasty chemicals here!

TLDR? here’s what you need to know…

What’s Your Take On Creatine Supplementation? Let Me Know Below!

Scott J.https://ignorelimits.com
I’m SJ. I’m a fitness enthusiast and published author. I transformed my body from a skinny fat 135lbs with 18% body fat to a solid 192lbs at 8% body fat. I became qualified in a field I was passionate about. I founded several online businesses that allow me to pursue ideas and projects in my life that I am passionate about without having to constantly worry about money. I published several eBooks explaining the training and dieting techniques I used to achieve the body I have today. I learnt a plethora of new information on dieting and fitness by reading and applying what I read, to find out what does work and what doesn’t work, because as I’m sure you’ve noticed the health and fitness industry is full of non-sense claims and BS. I found out what was true and what worked for me and applied that knowledge. And you bet I had fun during the whole process.
Previous article
V Taper Workout: How To Build A Commanding V Shaped Physique
Next article
Dumbbell Back Workout: Building A Big Back With Dumbbells

How To: Reverse Grip Bent Over Row

Turn Your Weekend Into A Strongend

How To: Dumbbell Shoulder Press