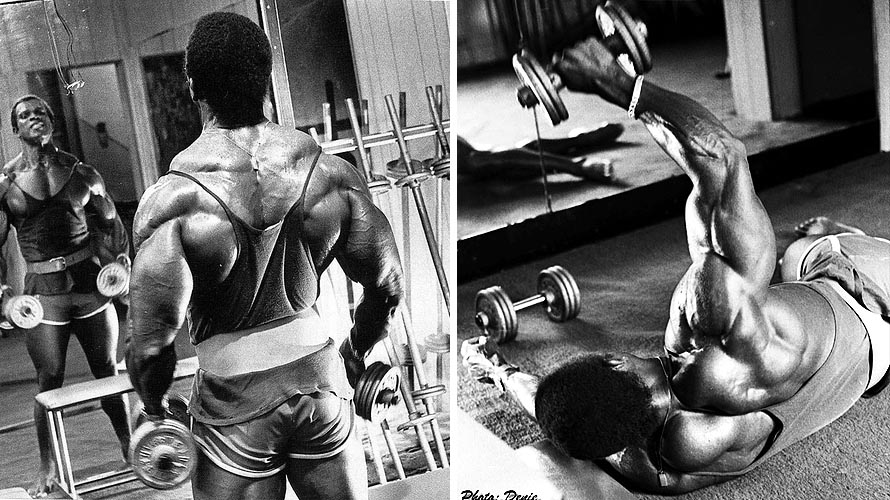 The classic physique or ‘golden era bodybuilder’ of times past still remains the most aesthetic, universally appealing style of physique to this day.
This article takes a look at what a classic physique actually is and how they’re different to the mass monsters we see on stage today.

The classic physique is gaining more and more traction today as the NPC bodybuilding league has introduced a new division, the ‘Classic Physique’ division, which slots in between the still relatively new Men’s Physique league and the mass monsters.

What’s The Difference Between A Modern Day Physique And Classic Physique? 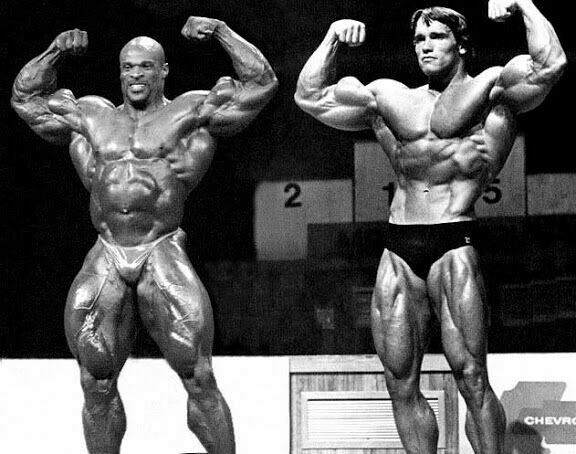 Show the above photo to anyone that doesn’t go to the gym or follow the sport of bodybuilding and I guarantee nine out of ten times they’ll recognize that Arnold Schwarzengger is adorning the front double bicep pose on the right. Outside of the bodybuilding community very few if any will be able to tell you who the comparison on the left is, Ronnie Coleman.

Ronnie Coleman dominated Mr. Olympia, winning 6 consecutive titles, he’s started a supplement line among a number of other ventures… but nobody knows who he is. He isn’t mainstream.
Arnold Schwarzenegger posters, displaying his physique from the Golden Era of Bodybuilding, the 1970’s still dorn the walls of gyms, public murals and homes to this day.

Unfortunately, bodybuilding took a turn for the worse with the introduction of new drugs, styles of training and the definition of what actually looks good.

It stopped being about proportion, symmetry and overall aesthetics.

It became about how to get as big as possible.

The bodybuilder of today is focused on building as much muscle mass as possible and getting as shredded as possible, with oversized quads, bloated abdominals and roadmap vascularity.

The classic physique, the pinnacle of aesthetics from Arnold’s time on stage focused on building a lean, muscular physique with broad, round shoulders, a full chest, proportionate quads and hamstrings with solid calves. They didn’t care how much they weighed on the scales, they didn’t care whether they were squatting 800lbs to the ground and calling each other out via social media on steroid abuse… it was all about training hard to build their ideal, the aesthetic, universally appealing physique that is today making a comeback. 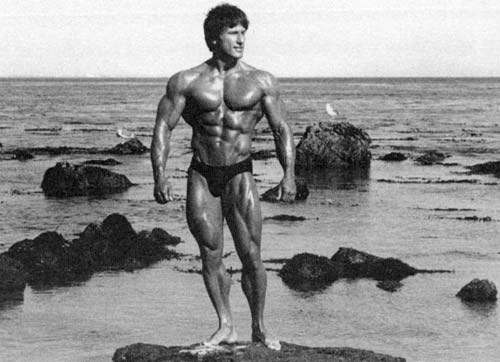 Want to build a classic physique and replicate the golden era of bodybuilding style ideals? Here’s what you’ll need to know…

The ‘V’ taper is the key to building a classic physique. With a small waist and a wide back the V taper is achieved.
Waist size, to a degree comes down to genetics – but as the classic physique comes down entirely to proportions we’re able to replicate this aesthetically pleasing taper but building up a big cobra shaped back.

In order to build a big back emphasis should be placed on the big mass builders for the back, particularly the weighted pull-up and the pendlay row.

When it comes to building the mass required for an impressive V taper don’t fall into the trap of light weight and high reps – as a natural gym-goer in order to stack on size you’re going to need to lift heavy! Once you’re able to rep out a set of 10 bodyweight pull-ups with a relatively wide grip it’s time to throw on some additional resistance in the form of a dip belt and 45lb weight plate.

The Pendlay row is to be performed with strict form, ensuring the back is the primary targeted muscle group here and momentum etc. is not being utilized to jerk the weight up.

Without impressive shoulders it’s near impossible to build a physique that pays any homage to the golden era bodybuilders of the 1970s.

There’s no beating around the bush – steroids did play a large part in the scultping of physiques in the golden era of bodybuilding as well as today, and the extremely round, cannon ball style shoulders are almost always a by-product of steroids. That said, there’s no discounting that you can’t build broad, proportionate shoulders to achieve the aesthetic V taper you’re after.

For many gym-goers their shoulders are either lagging behind or they don’t understand how to train shoulders correctly and as a result of this they become out of proportion as the front, side and rear deltoid are all out of proportion.

Forget the front raises for a minute…

You need to focus on pressing heavy – the standing military press to be precise.

Apply progressive overload and increase the weight and reps on your military press, when you’ve got a heavy military press with strict form the size of your shoulders will no longer be of concern, muscle mass is a by-product of strength.

After hitting your heavy compound lift some accessory work for the side and rear deltoids should be thrown in to ensure all heads of the deltoid are developing proportionately.

I recommend hitting one arm dumbbell side laterals and seated rear deltoid flyes with dumbbells. As always, focus on form. Form is quickly broken once excessive weight is thrown into the equation, particularly on isolation exercises such as these. 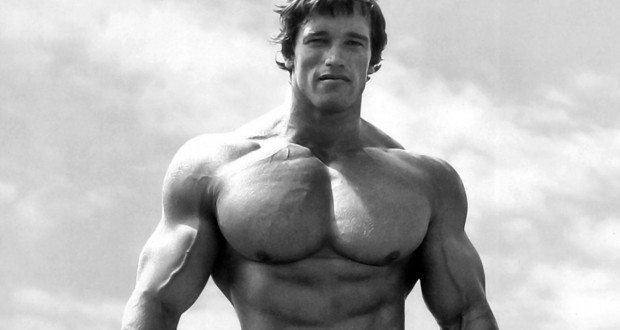 In order to achieve the classic physique look of the 70s there’s going to need to be some additional focus on chest.
To this day, Arnold Schwarzengger’s chest remains the best I’ve ever seen.

The incline barbell bench press and weighted dips will be your friend on your quest to building that upper chest mass and thickness required.

As the chest is emphasized more than essentially other muscle group on the classic physique you’re going to have to implement the priority training principle to bring your chest up to scratch.

“Priority training or the priority training principle is a protocol of training to bring weak or lagging muscle groups up to speed.
If you’ve been following a standard one body part per day style regime for a reasonable amount of time chances are you’ll find that certain muscle groups are getting stronger and bigger, while others are lagging behind.

The priority training principle applies one or more of the above in order to force your lagging muscle group(s) to catch up.”

The classic physique places emphasis on a tight core and small waist.
The introduction of growth hormone in modern day bodybuilders is responsible for the disappearance of the small, tight waist… replacing it with a wider waist and bloated core in order to build more muscle mass.

Waist size is partially genetic, however most guys store stubborn fat around their waist and lower abdominals… therefore leaning down to 10% body fat or lower is the best way to reduce the size of your waist and placing emphasis on your V taper – small waist, broad back and shoulders.

In order to shred fat and bring yourself down into this single digit body fat range I recommend caloric manipulation and HIIT cardio.

If the classic physique is your goal you’re going to want to avoid programs such as StrongLifts 5×5 which has a disproportionate amount of upper and lower body work.

The classic physique has reasonably sized, lean quads and hamstrings, with more emphasis placed on calves. Utilizing Leonardo Davinci’s golden ratio to calculate the perfect proportions and size for an aesthetic physique the size of your calves (diameter) should match that of your arms (diameter from peak of bicep around the tricep).

Once again, this is where priority training comes in… for me this means less emphasis on quads and hamstrings (reducing training volume) and increased emphasis on calves to get those stubborn muscle groups to grow.

What’s Your Take On The Classic Physique From The Golden Era? Let Me Know In The Comments Below!