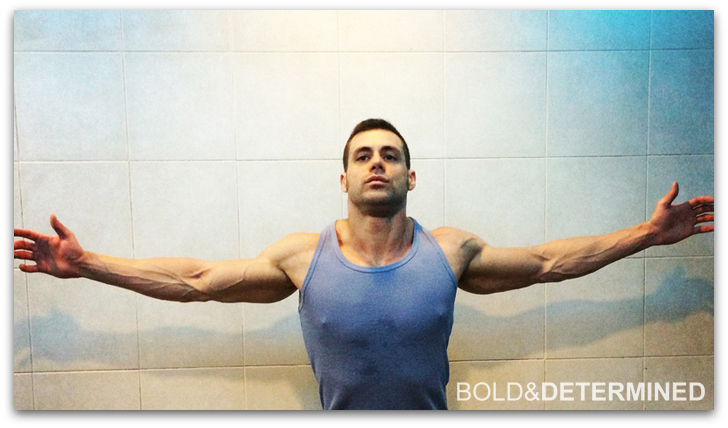 Before we delve into the Victor Pride quotes themselves you may or may not have heard, Victor Pride (aka. Nickolas) has removed all of the articles from his website and is now giving the majority of his books away for free, you can download them here.

I’ve had quite a few emails and direct messages asking what my thoughts are on Nickolas’ decision to become a born-again Christian.

My thoughts are it’s a shame that many young men will never get to read or see a number of fantastic articles that were found on BoldAndDetermined but ultimately if that is the path Nickolas has chosen I wish him the best.

It’s also a shame that Monk Mode and New World Ronin will never be available again.

At the end of the day it is what it is and I wish Nickolas well, IgnoreLimits wouldn’t be where it was today if it wasn’t for B&D.
Over the last 6~ years there have been many points at which I’ve deliberated over moving my focus else-where but a brief read of some of the old motivating articles in the archives of B&D assured me I was on the right path.

Now, below you’ll find 10 powerful Victor Pride quotes that’ll inspire you to take action in the gym, on your business and towards your goals in general. 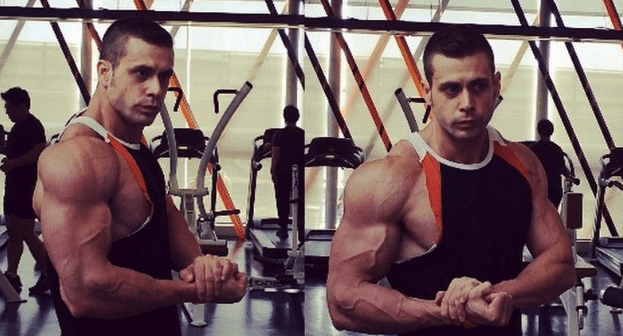 From ‘Why Are You Working?’

“I know that feeling of emptiness when Monday morning rolls around. I know what it’s like to hate going to some office to do some BS work to make someone smarter than me richer. I know what it’s like to be laid off. I know what it’s like to spend Mon-Fri with people who I wouldn’t spend a second with if I didn’t have to. Friends, I ain’t ever going back to that life. There’s no reason. I have never met a worker-bee that I envied. All the smart ones, all the Bold and Determined motherfuckers, aren’t punching a time clock for someone else. The guys punching a time clock are playing by the rules for a game that was discontinued. You can literally do anything you want and go anywhere you want. The choice is yours – you can make anything happen.”

From ‘Shame is the Best Motivator’

“Shame will light a fire under you better than any desire. It isn’t desire that gets someone to train like an animal. It isn’t desire that deadlifts 900 lbs. It isn’t desire that gets someone in the boxing ring and kills opponents left and right. It is the revenge of shame. A bully kicked sand in your face. Everyone laughed at your frail body. The love of your life cheated on you. The jock punched you and everyone laughed at you. Your stepdad beat you up. Everyone saw you cry. They showed your cowardice to the world. You let these things motivate you. You say to yourself “That will never happen again” and you mean it. You mean it every bit as much as you mean to breathe air and eat food.”

From ‘Obsession is the Only Thing That Counts’

“Obsession is the key to turning nothing into something. If you can be obsessed with it for long enough you can turn it into money. Money buys you freedom. The freedom to obsess over anything you want. The difference between guy who woke up 5 minutes before he has to leave for work and the guy who woke up at 5am because he couldn’t waste time in bed anymore is the difference between night and day. The 5am’er has seen the light of his personal heaven. The debt slave hauling off to his early afternoon HR meeting is stuck in the dark of his private hell.”

From ‘How to BE Without Remorse or Apologies’

“Be proud. Be obsessed. Be crazy. Be selfish. Be strict. Be after money. Be after freedom. Be deaf to bullshit. BUT nothing. Here it is and I’m going after it with everything I’ve got. All the friendly advice in the world isn’t worth a dime to me. Go after what you want and don’t take baloney advice from anyone who hasn’t succeeded in doing the exact same thing you are trying to do. You can never fail because you will never give up. Even if you die trying. Moderation is not the key to success, it’s the key to mediocrity”

From ‘When to Miss a Training Session’

From ‘The Strong Silent type’

“How many times have you heard a motormouth talk about all the things he was going to do and he never did any of it? When you don’t tell anyone anything and then you accomplish something those same people will look at you with a sense of awe, respect and… jealousy. When you speak of your plans, your brain feels like you have already accomplished your goal and you have less drive to finish what you start. When you don’t speak of your plans to a single soul then your brain has no reason to think it has been accomplished. You will still have that fire and passion for success. Lesson: Don’t say anything! Just stop talking and start doing. Explanations are for the weak. Actions are for the strong.”

From ‘Why You Should be a Builder’

“You’ve got to have goals and ambitions that you are actively working towards. If you don’t spend your days actively busy, actively building something, then you ain’t gonna find happiness. Idle hands are the devil’s plaything. It’s no wonder so many guys are so depressed and down in the dumps – they aren’t building anything. What do you spend your days doing? Working some job you hate? Chatting on Facebook? Browsing internet forums for stuff unrelated to your industry? Reading blogs that do you no good?”

From ‘3 Years of Pride (Happy Birthday to Bold and Determined)’

“I want it now, now, now!” You can’t have it now, so get that out of your head. Plan on having it a month from now, or a year from now, and it’s more likely to come to fruition. A patch of dirt doesn’t turn into a house “now!” The house has to be built first, even if you want it now. The “I want it now!” people never get it because they are goal-less and lazy. Plan ahead to get ahead… If you want it now you should have prepared for it yesterday.”

From ‘The Minimalist’s Guide to Getting Rich’

From ‘How to Purposely Be Lucky’

“So how can you be purposely lucky? Easy. You switch your mindset a little and you take control of your life. Your life isn’t a roller coaster that you have no control of, it’s a one seater race car and you’re the driver. So you learn to be self-reliant. You stop seeking approval, instead you start seeking results. You stop using loser phrases like “it’s not fair.” BOLD&DETERMINED | VOLUME THREE 148 You don’t “share your feelings”, you tell what you want or need. When something goes awry you don’t complain, you fix the problem. You put the goal in your mind and you envision it everyday, always. You obsess over it. You never take the blame, you take responsibility. You start your own business and you build and you grow and you build some more. If you aren’t building something you are withering. You be the man instead of giving your money to the man.”

What’s Your Go-To Victor Pride Quote? Let Me Know Below!