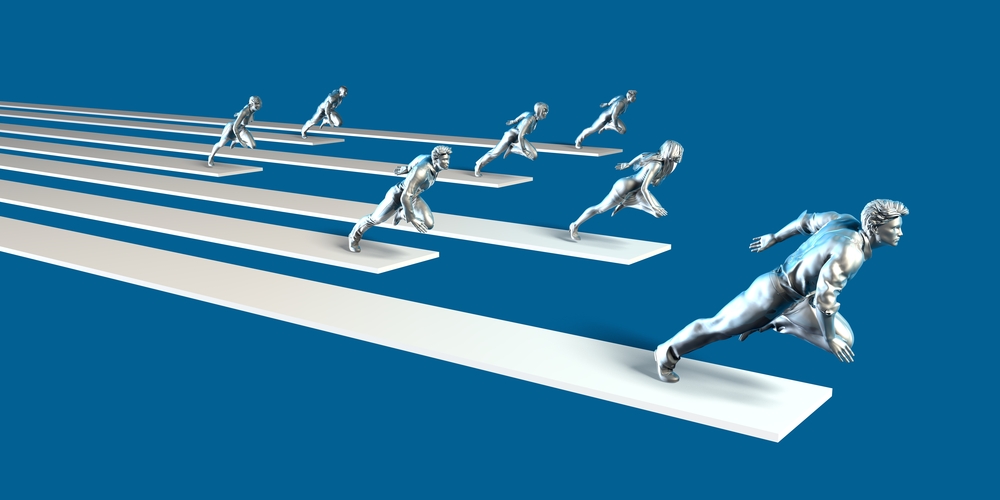 In modern day warfare, be it negotiating big business in the boardroom or shooting the game-winning buzzer beater on the basketball court the strongest force working against you isn’t the guy sitting across the other side of the table from you, nor is it it the defender trying to block your shot.

As Robert Greene says in ‘The 33 Strategies of War‘ we must erase the memory of the last war.

Regardless Of What Happened Last Time You Cannot Think About It…

Forget what happened last time, as previous outcomes and strategies can destroy any chance you have of success this time.

This doesn’t only apply when you’ve fallen short before.

Hell, it may even apply more when you’ve had success in the past.

“I won my last three MMA fights with a right hook, so that’s how I’ll win this one too”

When you place too much weight on the outcome of the proverbial last war you’re setting yourself up for failure when the game and the opponents have continued to grow and progress.

The same strategies in business, fighting, basketball and the gym will not always work. 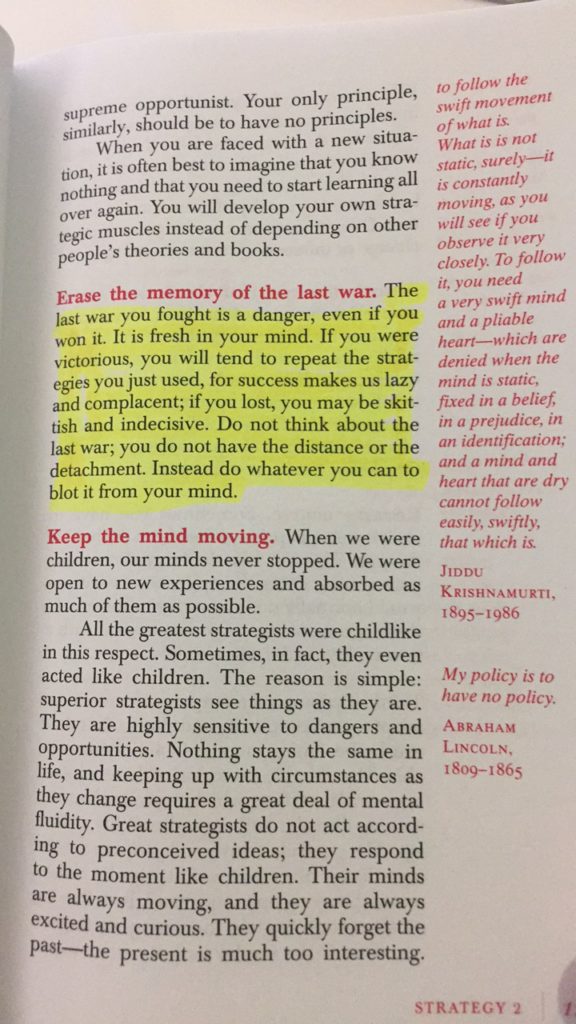 Tai Lopez receives a lot of hate for his excessive advertising and spammy commercials, but my notes from Step 2 of his 67 Steps falls directly in with what Greene discusses in The Guerilla War Of The Mind Strategy!

Change is the basic law of nature.

It’s not the most intellectual or the strongest that surives, its the one that is best able to adapt.

You must be able to adapt and change (this is the key to success, IQ isn’t everything).

Strength are IQ are pushed as the key to success… they don’t take adaptibility into account.

Species adapt over years and years, you only have ONE life – therefore you need to be able to adapt quickly (we’re programmed to not change, it’s in our hardwiring).

We have been taught to see everything in black and white (success/failure).

Don’t see a shortcoming as a failure, it is merely an experiment on the path of success.

Failure moves you closer towards your goal – The Edison Mindset.

With each ‘failure’ you change things again and again until you succeed – you’re adapting your way to success.

In business adaption is key – successful businesses will fail if they remain in black and white and do not change and adapt with the times.

What’s Your Take On Robert Greene’s Guerilla War Of The Mind Strategy? Let Me Know Below!

Scott J.https://ignorelimits.com
I’m SJ. I’m a fitness enthusiast and published author. I transformed my body from a skinny fat 135lbs with 18% body fat to a solid 192lbs at 8% body fat. I became qualified in a field I was passionate about. I founded several online businesses that allow me to pursue ideas and projects in my life that I am passionate about without having to constantly worry about money. I published several eBooks explaining the training and dieting techniques I used to achieve the body I have today. I learnt a plethora of new information on dieting and fitness by reading and applying what I read, to find out what does work and what doesn’t work, because as I’m sure you’ve noticed the health and fitness industry is full of non-sense claims and BS. I found out what was true and what worked for me and applied that knowledge. And you bet I had fun during the whole process.
Previous article
3 Tools To Increase Shoulder Mobility
Next article
4 Exercises For Back Width: The Best Back Exercises For Width

How To Increase Energy Levels Naturally

Traffic University: How To Use Your Dead Time To Get Ahead

An Easy Method To Stay On Track With Your Goals

How To: Dumbbell Front Raise