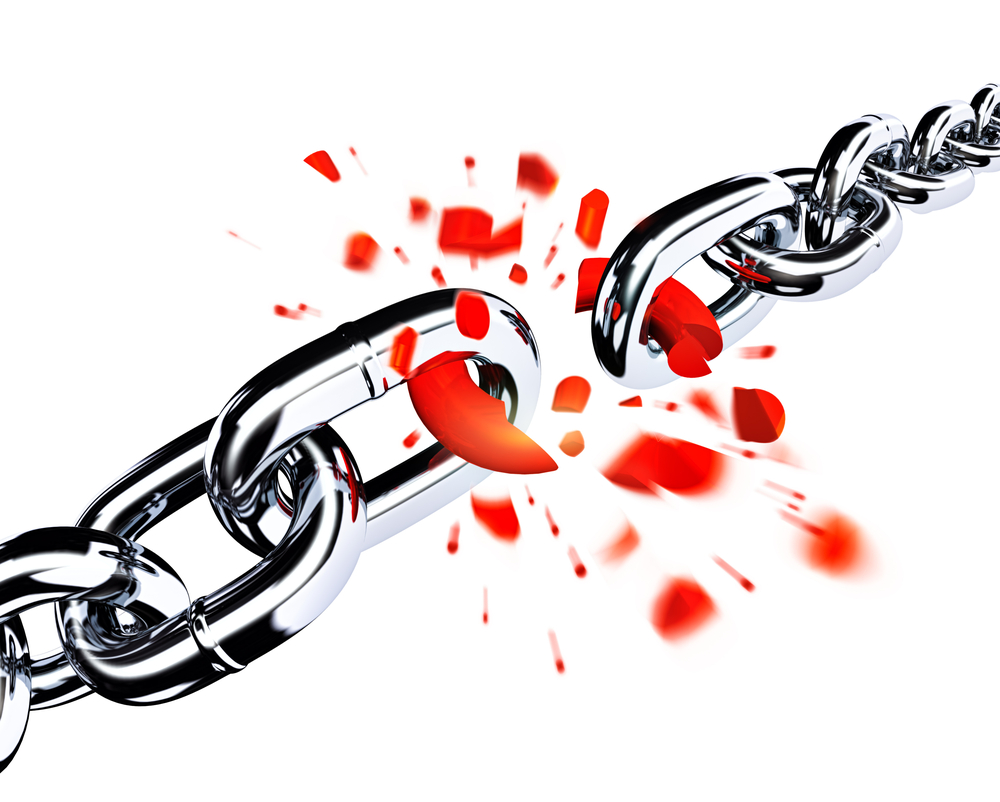 It takes several weeks of conscious effort for a habit to become engrained.
This applies to both good and bad habits, meaning your actions can be a blessing or a nightmare…

With each passing day you perform a habit another link is added to the chain, the stronger the chain becomes the harder it is to break.
If you’re waking up at 5am each morning and making a green juice then you’re on the right path, you’re forging a strong, positive habit chain that you’ll reap benefits from as the effects of your actions compound day by day, with each new link added to your chain.

On the other hand, if you continuously pass up going to the gym and instead opt to order pizza that too if done enough times will become an automatic habit that’ll be your downfall.

I’m sure you’ve seen or know of someone that smokes, and because they’ve smoked for so long it’s that damn hard to quit.

They try time and time again, sometimes they last a bit longer than others but eventually they almost always falter and go back to smoking… it might take a day, a week or a month but it happens.

They’ve formed such a strong (negative) chain of habit which is near impossible to break.

In 1748 Johnson published an allegorical fable about the path to the Temple of Happiness titled “The Vision of Theodore”. The story warned readers using a symbolic figure named Habit who would bind the unwary in chains. A bound individual would be taken to a grim destination called the caverns of Despair.

Align Your Habits With Your Goals

As I said, the powers of the chains of habit can work FOR you not AGAINST you.
Implement the right habits and you’ll certainly be rewarded.

But what are the right habits?

The right habits are habits that align with your goals – If my goal is to run a marathon the habits I implement are going to be quite different to the guy that wants to take out 1st place on the Mr. Olympia stage.

Each of your habits should take you one step closer to your goal, that’s the basis of a positive habit.
Waking up at 5am so you have more time to get shit done, having a cold shower to boost your energy, virility and improve your recovery time between workouts, foam rolling each evening before bed… these are all habits that I implement into my regime that align with my goals.

Because I’ve performed these habits for so long now they’re automatic. I don’t need to think about it.
I wake up at 5am without an alarm clock, getting out of bed is my queue to have a cold shower and I know before I fall asleep each night that I’ll benefit from spending 10 minutes with my foam roller.

The chain has been forged by practising my habits day in, day out.

The first few weeks of performing any positive habit are hard, conscious effort is required daily to see through your habit.
As you continue to form your habits and forge your chain you’ll also gain positive momentum along the way – you’ll have more energy and confidence which’ll transfer across into other tasks or habits you wish to implement.

This isn’t new age bullshit, famous comedian Jerry Seinfield is a strong believer in the chains of habit – having used a habit chain to continually write new material for his stand-up shows during his rise to fame many years ago…

Seinfield used a unique calendar system to pressure himself to write. Here’s how it worked:

Using a big wall calendar that had a whole year he hung it on a prominent wall. The next step, get a thick red marker.

For each day that he performed his habit of writing jokes, he put a big red X over that day. “After a few days you’ll have a chain. Just keep at it and the chain will grow longer every day. You’ll like seeing that chain, especially when you get a few weeks under your belt. Your only job next is to not break the chain.”

Now it’s your turn.
Get out there and implement your positive, goal aligned habits.

Start building your chain and don’t ever stop.

What’s Your Take On The Chains Of Habit? Let Me Know In The Comments Below!

Become A Lion Among Sheep With Successful Habits