From the bench press to the boardroom, everyone is looking for that ‘edge’.
that tip, trick or method to get ahead of their competition.

The focus required to maintain correct form and push out a new personal best on your bench press is synonymous with the focus required to study the market and pull the trigger on your buy order at the right time.
There’s a ton of supplements out there that won’t do a thing besides empty your pocket, while at the same time there’s both illegal and prescription drugs being pushed in office cubicles and the squat rack.

Yet many people dismiss one of the oldest, heavily studied drugs around – caffeine.
a cup of coffee, often considered part of a morning routine and nothing more can provide far greater benefits than one may think.

I recently picked up a copy of The Caffeine Advantage How to Sharpen Your Mind, Improve Your Physical Performance, and Achieve Your Goals–the Healthy Way by Bennett Alan Weinberg and Bonnie Bealer  while browsing through a local second-hand book store.

It’s not until you look at the sheer number of studies and research surrounding caffeine that you understand just what it’s capable of.

Here’s What I Learnt From The Caffeine Advantage 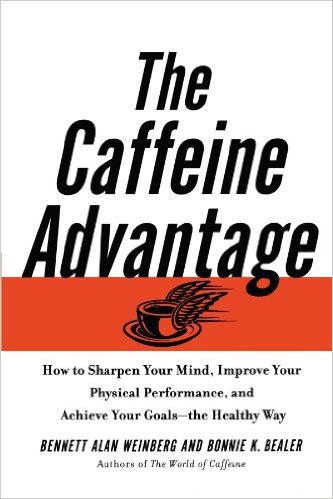 When it comes to consuming caffeine for a performance gain, be it a cognitive advantage or a physical feat on the field instead of popping a caffeine pill or chugging a strong black coffee there’s 2 factors we need to take into account for optimized performance:

Caffeine And Overwriting Your Body Clock

When it comes to the mid afternoon in the office the majority of employees have hit the proverbial afternoon wall – their motivation, quality of work, personality and cognitive performance have all declined.
This is often due to lack of sleep, poor diet or lack of exercise – however that’s the topic of a future blog post.

Caffeine, when supplemented by a fatigued individual can bring them up to regular levels of performance once again, they won’t be flying ahead of the pack however caffeine will mask the effects of fatigue.
This is not a long term strategy, the root issue of poor diet, sleep and exercise must be addressed  – but from time to time be it due to working on a large project or jet lag I find myself successfully obliterating the effects of fatigue with a strong coffee.

If you’re well rested, following a solid diet and getting regular exercise this is where the most noticable results of caffeine supplementation will be found.

Caffeine supplementation, when taken at your optimal level – this may be 50mg, 100mg or 200mg (as I mentioned this is a matter of experimenting as everyone is different) will induce a range of cognitive abilities.

It comes as no surprise that writers are some of the biggest coffee drinkers out there.

In order to get maximum benefit when it comes to the mental and cognitive side of caffeine supplementation there’s a couple of important points to keep in mind:

Increased athletic performance is the most commonly associated benefit when it comes to caffeine.

From the army to the powerlifting gym, caffeine is used to increased a number of physical performance factors.
Here’s what you can expect when it comes to supplementing with caffeine for athletic performance…

If you’re on the path of weight loss, be it to lose a few excess pounds or to take your good physique to the level of greatness caffeine can be a great aid.

Pick up your copy of The Caffeine Advantage here.

What’s Your Take On Caffeine And The Caffeine Advantage? Let Me Know In The Comments Below!

The One Thing Book Summary – Achieve More By Doing Less

Seneca Letters From A Stoic Summary