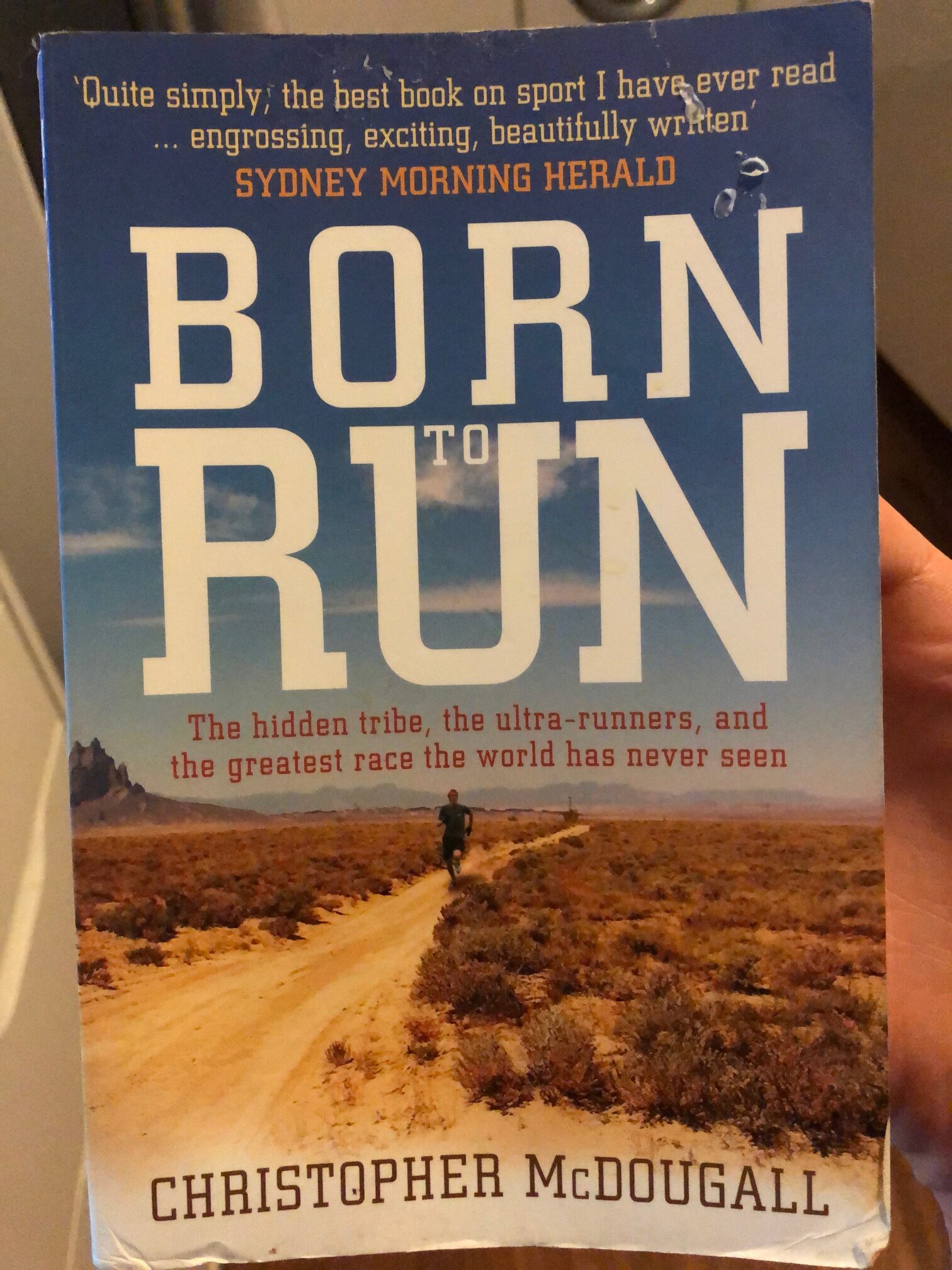 You honestly don’t need to be a runner to enjoy or take lessons from this book, having initially read Christopher McDougall’s ‘Born to Run‘ long before I started to enjoy running.

McDougall’s book is far, far more than just a bunch of lessons on running and a debate on the running shoes being worn today vs. the barefoot/sandals used by the elite ultra-running tribes – this book is far more of a journey, a story if you will with great insights peppered in along the way.

It’s hard to not want to give running a crack after making you way through the pages of Born to Run, be it for the fitness, the mental clarity of the fact that our bodies were designed for it…

After recently giving this book a re-read I decided it was time to share some interesting thoughts, quotes and lessons from Born to Run in a blog post, so here we go!

Two Skills of The Tarahumara

The Best Runner Leaves No Tracks

Running And Our Primal Impulses

We run to get away from our problems.

We run to obtain enjoyment and happiness.

In America the times that distance running has made drastic spikes in popularity have all come during times of national crisis. 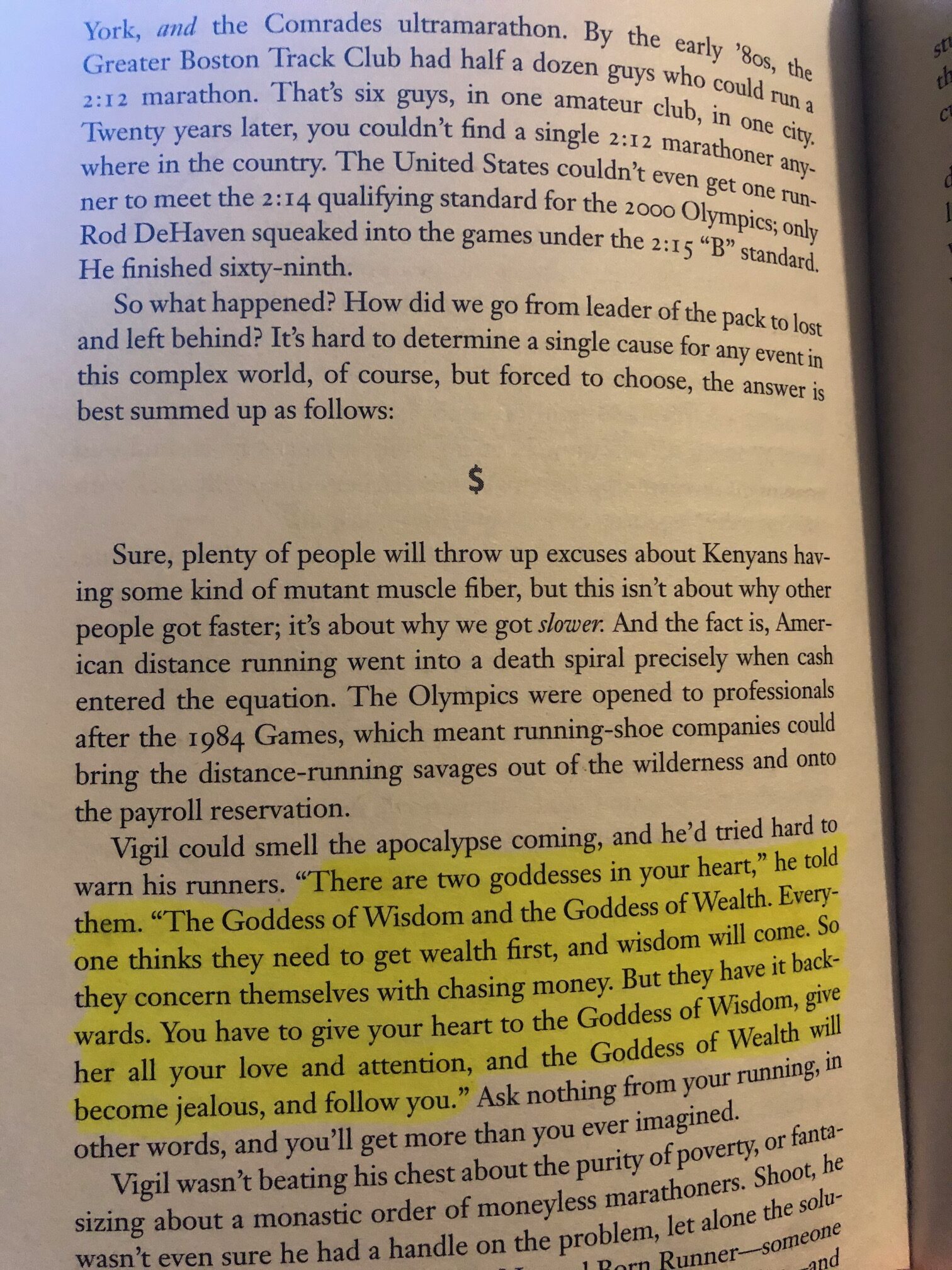 When the Sun Comes Up YOU Better Be Running

It doesn’t matter whether you’re a lion or a gazelle, when the sun comes up… run.

The Power Of Chia

Dissolve chia seeds in water with sugar and a squirt of lime.
This smoothie is essentially loaded with the goodness you’d expect from salmon, spinach and human growth hormone and will energize you on your runs.
The tiny seeds that are chia are packed full of Omega 3s, Omega 6s, protein, calcium, iron, zinc, fiber and antioxidants.

Make friends with pain and you will never be alone.

We Were Literally Born To Run

In the past we ran to hunt food and to avoid being the hunted, we ran to find our potential mate and we ran off once we’d found them to begin a new life.
If you didn’t love running you wouldn’t be around to have anything to love!

Over the years as times changed running has become quite rotten, now it’s about getting things – a cute butt, a Nike sponsorship, a gold medal…

The Two Goddesses In Your Heart

People aim for wealth first and think wisdom will come secondary… it doesn’t work that way.

Focus on attaining wisdom first and you’ll soon lure in the Goddess of Wealth. 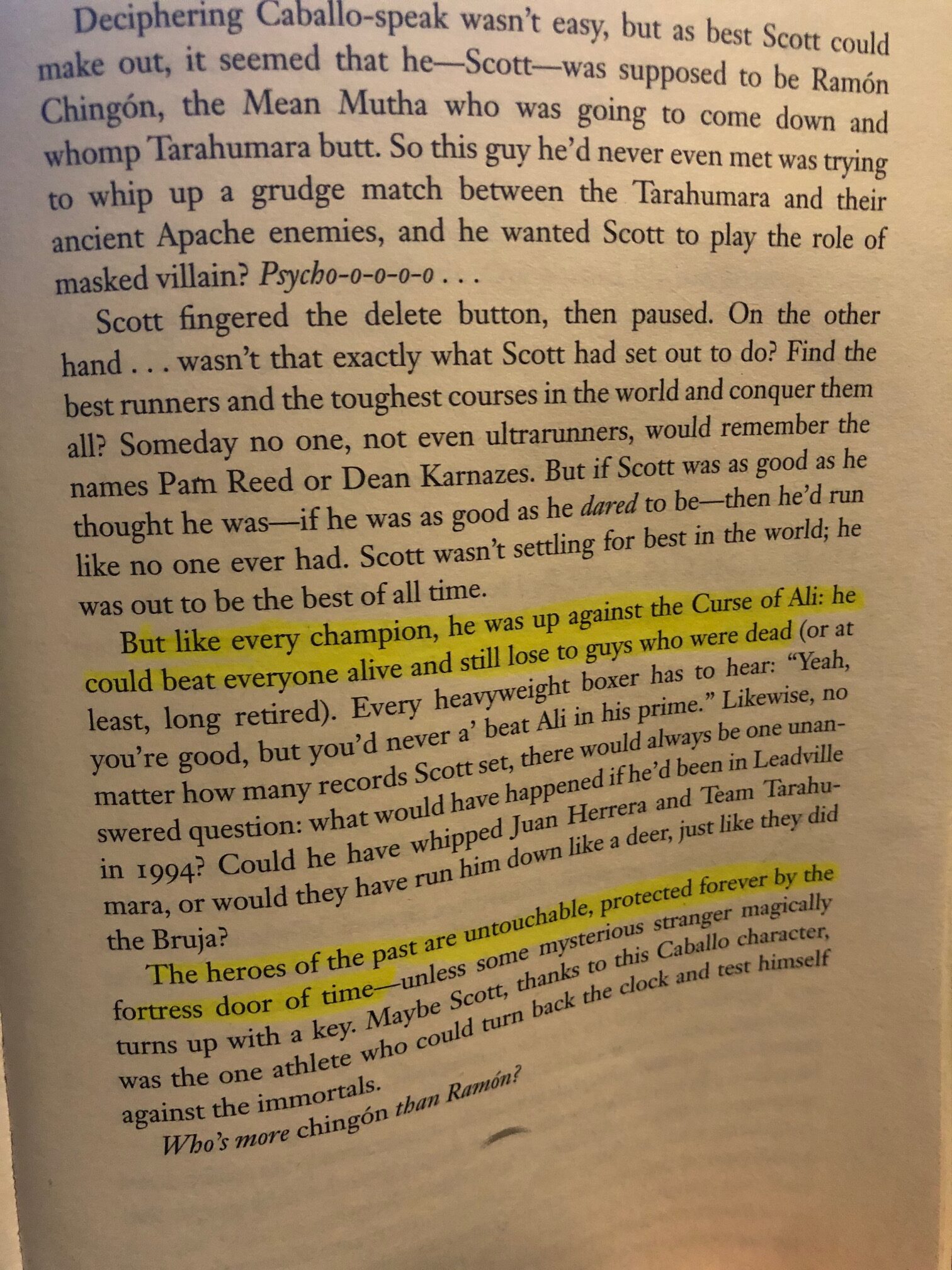 Before running shoes people ran in flat rubber gym shoes or leather ballet slippers, that means for millions of years we ran without luxuries including arch support, pronation control, or gel-filled heel pods.
Fancy running shoes don’t block pain, they merely block the impact – pain is the ultimate teacher of how to run correctly. Run barefoot and you’ll quickly adjust and correct your running form.

The Truth About Modern Running Shoes (That Big Brands Don’t Want You To Know!)

Modern running shoes often result in weak feet, resulting in a large number of the common knee and foot related issue we see today as a result of running. We didn’t see anywhere near the number of issues until 1972 when Nike created the modern athletic shoe. Up until then the thin-soled shoes worn by runners caused few issues as their feet were substantially stronger.

To this day there are no studies or research papers to prove that running shoes reduce your risk of injury.

Runners with new shoes are at a higher risk of injury, it’s not until the shoes wear down and their cushioning becomes thin that runners are able to gain adequate foot control (similiar to that found on a thin-soled shoe).

When your body senses something soft and squishy below (like your fancy new modern era running shoes) your legs and feet come down hard as they’re trying to find a hard and stable platform to do so.

What’s Your Take On Born To Run? Let Me Know Below!

Scott J.https://ignorelimits.com
I’m SJ. I’m a fitness enthusiast and published author. I transformed my body from a skinny fat 135lbs with 18% body fat to a solid 192lbs at 8% body fat. I became qualified in a field I was passionate about. I founded several online businesses that allow me to pursue ideas and projects in my life that I am passionate about without having to constantly worry about money. I published several eBooks explaining the training and dieting techniques I used to achieve the body I have today. I learnt a plethora of new information on dieting and fitness by reading and applying what I read, to find out what does work and what doesn’t work, because as I’m sure you’ve noticed the health and fitness industry is full of non-sense claims and BS. I found out what was true and what worked for me and applied that knowledge. And you bet I had fun during the whole process.
Previous article
Lessons From The Wu-Tang Clan
Next article
Lifting With Batting Gloves: A Grand Slam?

5 Tips For Returning To The Gym

4 Reasons Why You Should Try Hyphy Mud

How To Wake Up Easier – My 1 Quick Trick

The Deserve It Factor