Listening To One Song On Repeat 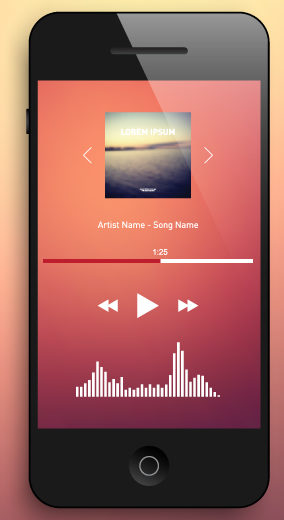 Listening to one song on repeat for the duration of your workout – be it 45 minutes or an hour.

The research is in and it’s been proven – music improves your workout.
Listening to music while training not only gets us in the zone and amped up to smash those weights, but it also reduces our perceived effort.

When there’s not a single sound in the gym bar a cricket chirping in the corner by the squat rack that 315lb bench that you’ve been chasing seems extremely hard (and it is!)

But what about lifting with music?

When music comes into play everything becomes that much easier.

You get amped up, you’re ready to go.

You unrack the bar…  it feels surprisingly lighter.

Music reduces your perceived effort – you’re exerting far more than you realize in order to power out that 1 rep max on your 315lb bench.

When perceived effort is reduced you’ll push yourself further than you thought you could!

“SJ, why only one song though?” – anyone reading this article

Music is meant to help your workout, not harm it.

When guys load up their MP3 player with a ton of songs they ‘like’ they tend to spend more time skipping, shuffling and searching for various songs instead of doing what they’re there to do – lift those heavy ass weights.

Instead of allowing your music to reduce your workout intensity instead of increase it we’re going to create a one song playlist.

Choose a song that gets you pumped – the song length, genre, artist… that’s all up to you.

Now put that song on repeat and get to work!

You’ll quickly establish a working pace in-line with the song, after several plays through although your song will seep into the background you’ll be more amped than ever, grinding out set after set, rep after rep with less perceived effort and increased intensity.

What’s Your Take On The One Song Approach? Give It A Try & Let Me Know In The Comments Below!

Pleasure Vs Enjoyment (And How To Enter The Flow State)