The cable front raise and all of its variations are fantastic for building up the anterior (front) of the deltoids.

If you want those round, cannonball style shoulders this is one exercise you cannot afford to neglect!

I recommend hitting the front raise after performing several sets of overhead press and side lateral raises during your shoulder workout.

Grasping a straight bar on your cable machine and stand straight with palms facing towards your body with a slight bend in your knees.

Maintaining your straight position proceed to raise the straight bar in front of you with a slight bend in your elbows.

Raise the straight bar until it’s at head height before holding for one second at the top of the repetition.

In a slow and controlled manner lower the straight bar back down in front of your waist and proceed for the desired number of repetitions. 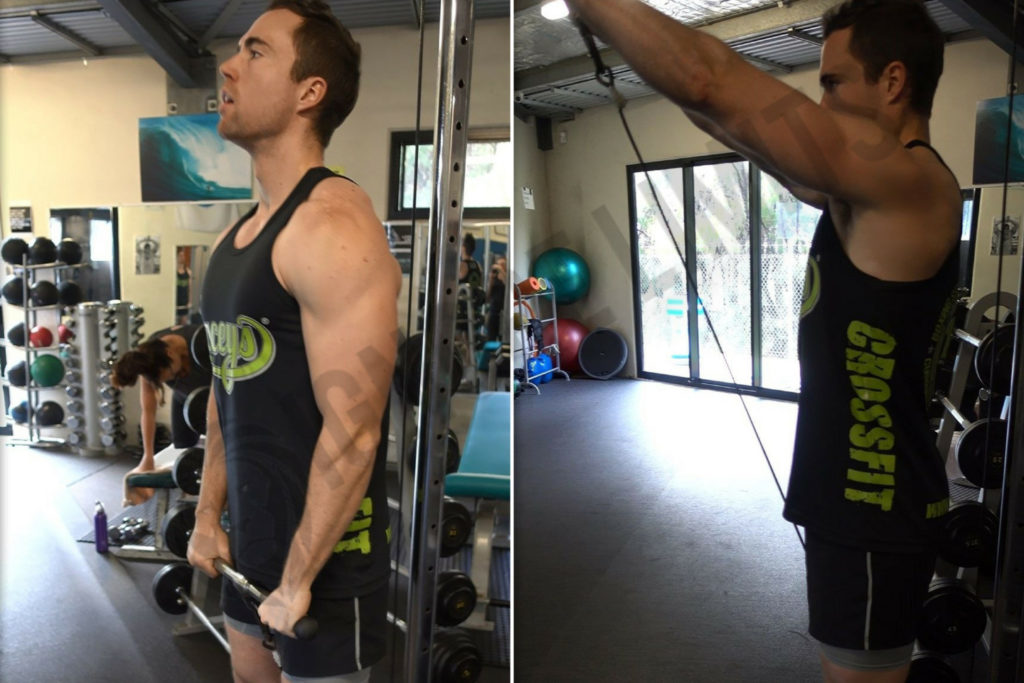 Grasp a dumbbell in each and, proceed to raise each dumbbell, one at a time to head level, rotation from a neutral grip to a palms facing down angle as you reach the top of each repetition.

The seated front raise with dumbbells is a great way of eliminating any potential swinging or use of momentum often apparent when performing the standing dumbbell or barbell front raise.

The barbell or dumbbells should be raised until they are at face level before being lowered down until your arms are fully extended in front of you.

Any Questions Regarding The Cable Front Raise? Ask Below!

How To: Barbell Front Raise

How To: Plate Front Raise

How To: Seated Dumbbell Front Raise