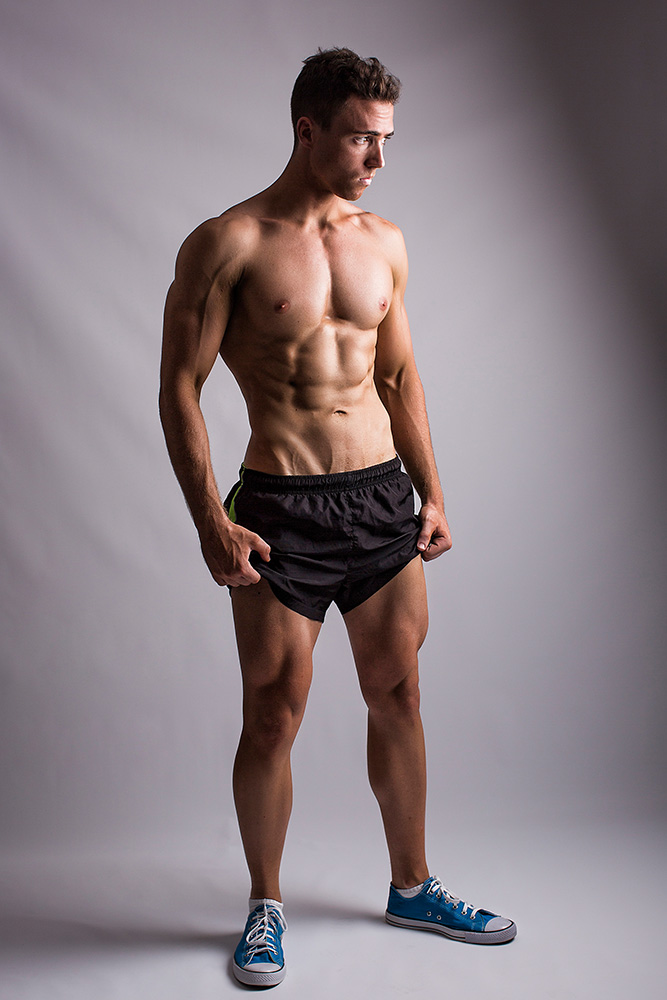 The #1 Leg Exercise You’re Not Doing

The Bulgarian split squat is an often forgotten leg exercise you can use to increase both size and functional strength in your legs.

When I was starting out in the gym I spent far too long focusing on isolation exercises such as the leg extension, lying leg curl and light weight compounds such as the dumbbell goblet squat.

These days it’s widely accepted that the barbell squat is king.

If you could only do 1 exercise for your legs you couldn’t go wrong with the barbell squat (both the front and back squat are fantastic, and that’s a comparison for another article).

Instead of spending time doing leg extension, leg curls, hip abductors or any other isolation based machine as a secondary leg exercise I recommend you focus on the bulgarian split squat.

With tons of squat variations out there, why the bulgarian split squat?

Easy on the joints

If you’ve had knee or lower back issues before then chances are heavy barbell back squats are not your favorite exercise.
The amount of stress placed on the knees, particularly when hitting a full range of motion (slightly below parallel) on your barbell squat can be enough to irritate joints and re-live old injuries.

The bulgarian split squat is the #1 alternative that can be performed without issue while still subjecting your legs to the range of motion and load required to build size & strength.

Bulgarian split squats are far easier to master than the barbell squat and romanian deadlift…
Rounding lower backs, knees collapsing in, insufficient range of motion, these are all common issues that are far less apparent when talking about the bulgarian split squat.

It may seem more complicated when you’re a spectator, watching someone else perform the bulgarian split squat, but when it comes time to perform your set you’ll quickly see that they’re a hell of a lot easier to perform than the big compound exercises mentioned.

There’s guys out there that’ve been lifting for years are still yet to develop correct squatting form.

The bulgarian split squat is an excellent exercise to add to your workout regime if you’re looking to improve your explosive driving and jumping ability.
Whether you’re a basketball player looking to increase your vertical or a muay thai practitioner that wants to forge explosive power for your flying knee attacks the bulgarian split  squat is one of few functional exercises you can’t afford to neglect.

When it comes to targeting the glutes and increasing glute activation you can’t go beyond the bulgarian split squat!

The bulgarian split squat works far more than the quads, hamstrings & glutes… unlike many leg exercises you’ll also be getting the added benefit of increased knee stability, core strength and posterior chain engagement.

Can safely be performed without a spotter

I strongly advise against performing either the front or the back squat without a spotter on hand.
Getting stuck under the barbell and falling either forwards or backwards can result in serious injury… bailing out of the bulgarian split squat is far safer.
No spotter? no problems!

How To Perform The Bulgarian Split Squat 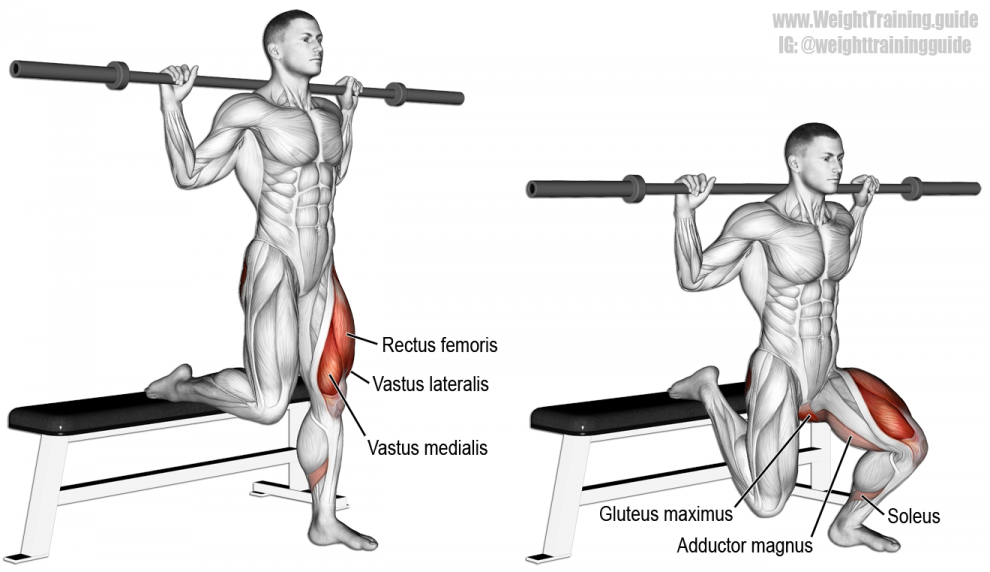 Stagger your stance, with one foot elevated behind you on a bench or box while maintaining a forward position with your front foot.

Grasp a dumbbell in each hand or opt for a barbell across your back.

Flex at the knee and hip to lower yourself while maintaining an upright posture. Your front knee should track in line with your front foot for the duration of the repetition.

Drive through the heel of your front foot to return to power your leg back up until it’s extended.

Here’s The Barbell I Use & Recommend… 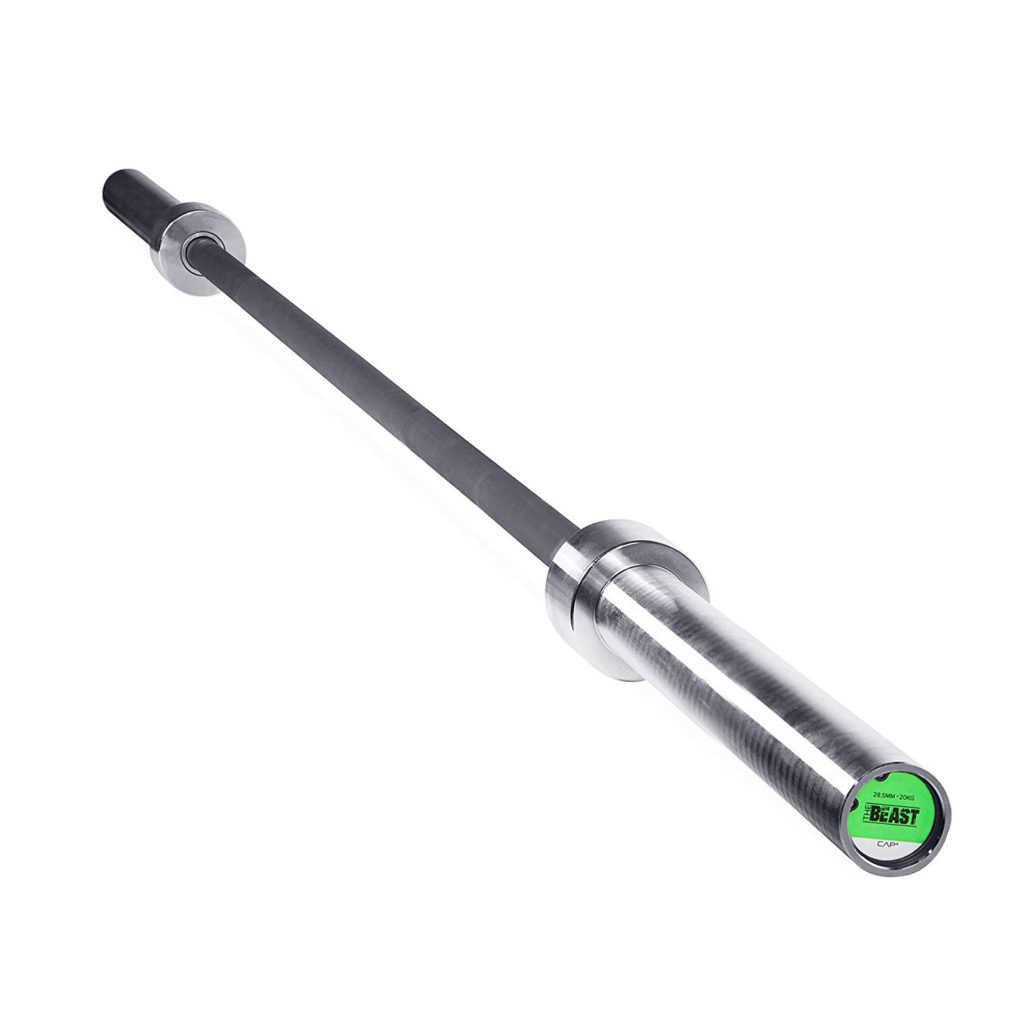 I’ve been using one of these ‘The Beast” 7 foot olympic barbells in my home garage gym for the last 6 years, it’s affordable, high quality and gets the job done regardless of how many 45lb plates are loaded on it.
Check it out and invest in a high quality “The Beast” barbell here. 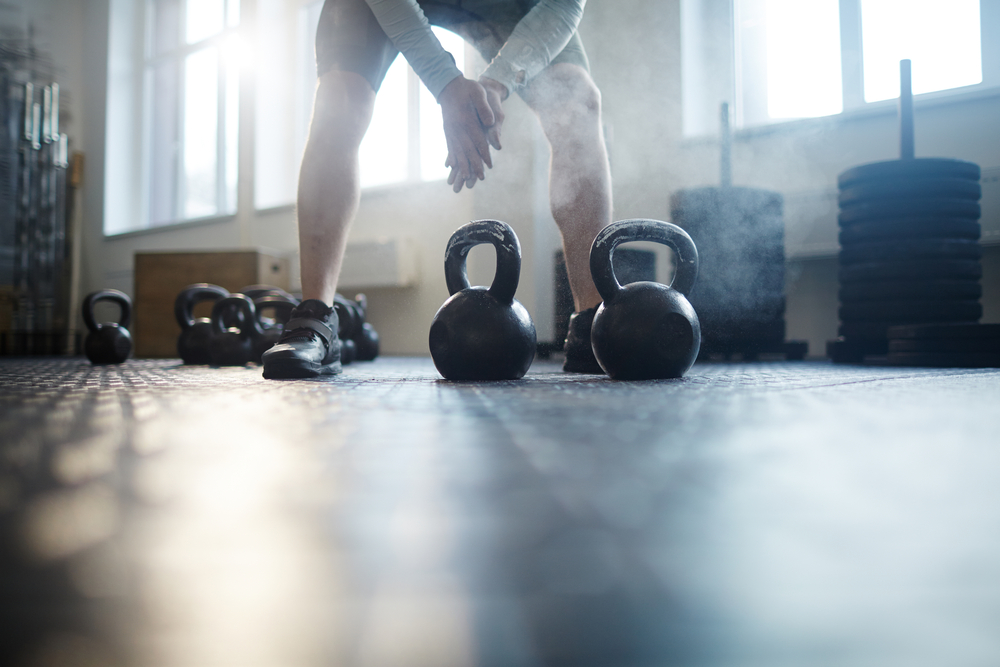 Grasp a dumbbell in each hand with your arms extended by your side as you flex at the knee and hips to lower your body down.

The dumbbell bulgarian split squat can safely be performed heavy without a spotter as the dumbbells are already close to the ground in case of hitting failure/bailing out of the set.

Grasp a kettlebell in each hand with your arms extended by your side as you flex at the knee and hips to lower your body down.

The kettlebell bulgarian split squat can safely be performed heavy without a spotter as the kettlebells are already close to the ground in case of hitting failure/bailing out of the set.

The barbell bulgarian split squat is performed with an olympic barbell and prescribed weight on your back, positioned as if it were a regular barbell back squat.

The barbell variation allows a large amount of load and tension to be placed on one leg, heavy barbell split squats are fantastic for correcting muscular imbalances.

Building explosive power for your vertical jump or flying knees? This is the variation for you.
Drive through the heel and explode upward at the top of each repetition, ensuring your land with a slightly bent knee to asborb the impact on landing.

What’s Your Take On The Bulgarian Split Squat? Let Me Know Below!

5 Pull-Up Mistakes You’re Probably Making (And How To Fix Them!)

3 Must Have Pieces of Equipment For Your Small Home Gym