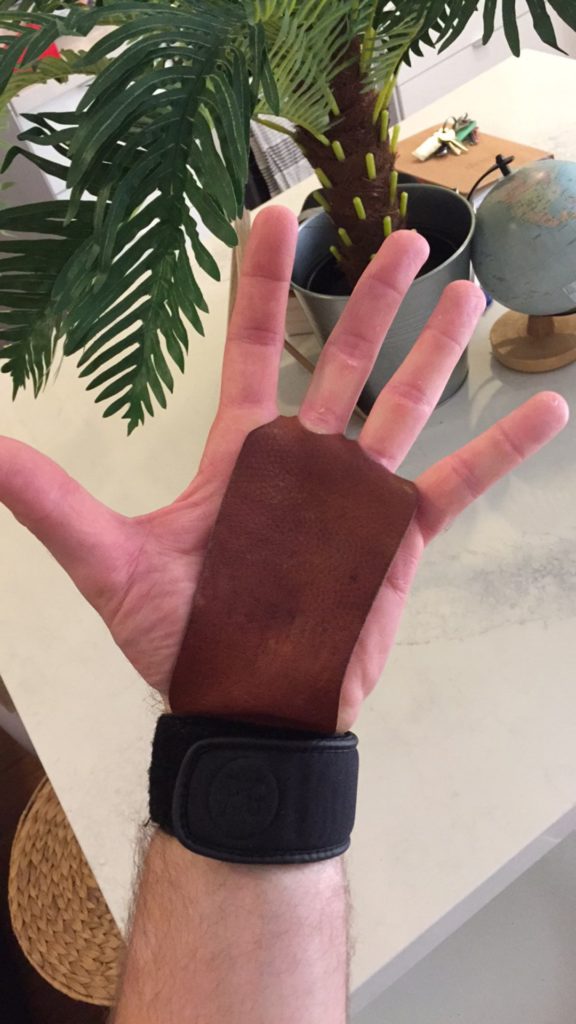 Having spent the last few months specifically focusing on my pull-ups, back lever progressions, muscle-ups and skin the cat my hands have taken a beating.
After hearing nothing but good things I opted to try a pair of albeit expensive but high quality RooGrips – gymnastic style grips made out of durable kangaroo leather said to be like wearing a second skin.

“SJ, why not just wear some gym gloves instead?”

When it comes to gloves and lifting straps I’ll instantly admit I’m far from a fan… here’s why:

1. With Gloves Your Grip Will Be Worse

Your grip will be better in terms of slipping due to sweat, but gloves make the barbell/dumbbell/machine you’re holding onto thicker! The thicker the bar the harder it is to grip.

Hell, products like FatGripz were invented to specifically replicate training with a thicker bar.

I guarantee that you will not be able to perform as many reps on your pull-ups, bent over rows or deadlifts if you’re grasping a thicker bar (or you feel as if it’s thicker thanks to your gloves).

This is why gymnastic grips are popular, they’re very very thin to prevent adding additional thickness to the bar. Meanwhile, gym gloves are often big and bulky, doing you no favors!

Wearing gloves for basic exercises such as a biceps curl or lat pulldown isn’t so much of a big deal… but when we’re talking about exercises that emphasis hand placement (and where the bar sits) such as the barbell bench press and front squat gloves can get in the way.

The design of the gloves can encourage you to grasp the bar on the wrong part of your hands (the majority of guys wearing gloves on the flat barbell bench press grip the barbell too high up on their hands).

This will lead to plateaus as you increase the weight as well as a big chance of injury (particularly wrist problems!). 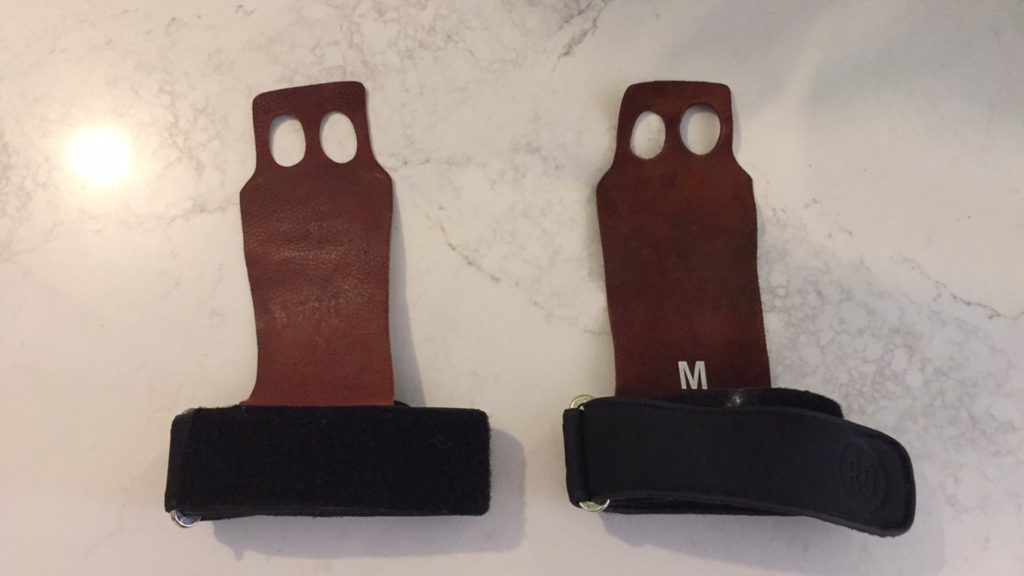 You’ll Grip The Bar Far Longer (And Actually Feel It!)

Whether you’re performing a set of bent over barbell rows, smith machine shrugs or dumbbell hammer curls there becomes a point where you just can’t hold on any longer. The targeted muscle, be it your back, traps or biceps is still good to pump out a few more repetitions… but you just can’t. Perhaps your grip is fatigued from the previous sets, or the sweat is causing the bar to slide down in your hand…

RooGrips will not only allow you to grip the bar far longer, you’ll also be able to ‘feel’ the bar just as well as if you weren’t wearing grips! Unlike gloves (which often result in bad form and incorrect hand placement due to their sheer thickness) these grips act as if they were a second-skin.

You Won’t Destroy Your Hands

Rough, callused hands are inevitable if you’re regularly hitting pull-ups, deadlifts, rows and the vast majority of other heavy compound movements.
Unless you wear gloves this is always going to be the case – the rough gnarling of the barbell being grasped tight, set after set…

Some will see this as a con as they believe unless you’ve got rough, battle-worn hands you haven’t pushed yourself hard enough in the gym.
Alas, RooGrips preventing your hands from tearing calluses is definitely a benefit in my books!

A Few Tips With Your RooGrips…

Progressing, be it in terms of weight lifted or difficulty of exercise variation takes time.
RooGrips offer that longevity – as I’ve found from experience you can only do so many sets of weighted pull-ups and hold so many back levers before your hands and grip start to get eaten alive.

When this happen you’re always going to be cutting your set short due to your grip, not due to fatigue of the targeted muscle.

Growth comes down to progressive overload, if you’re unable to overload the muscle you’re not going to see any growth.

These grips allow you to constantly push for that growth.

>>Pick Up Some RooGrips Here<<

Scott J.https://ignorelimits.com
I’m SJ. I’m a fitness enthusiast and published author. I transformed my body from a skinny fat 135lbs with 18% body fat to a solid 192lbs at 8% body fat. I became qualified in a field I was passionate about. I founded several online businesses that allow me to pursue ideas and projects in my life that I am passionate about without having to constantly worry about money. I published several eBooks explaining the training and dieting techniques I used to achieve the body I have today. I learnt a plethora of new information on dieting and fitness by reading and applying what I read, to find out what does work and what doesn’t work, because as I’m sure you’ve noticed the health and fitness industry is full of non-sense claims and BS. I found out what was true and what worked for me and applied that knowledge. And you bet I had fun during the whole process.
Previous article
The Big Benefits Of Chewing Gum While Lifting
Next article
3 Effective Rear Delt Exercises To Stack On Mass!

The One Thing Book Summary – Achieve More By Doing Less

How To Live Well (My Realization And What It Takes)