The Monkey In The Cage Principle

The monkey at the zoo is a fantastic example of learned helplessness – the monkey doesn’t try and do anything for itself, social conditioning has taught the monkey that it’ll get fed at 6am and 4pm every day, it doesn’t have to do a single thing.

The monkey knows it’s in an enclosure, it’s probably tried to get out a couple of times in the past.

But it’s come to acceptance with these terms, it’s adopted what Martin Seligman deems ‘learned helplessness’.

Even if the cage was opened, the monkey wouldn’t try and escape, it’s been conditioned to believe any and all attempts are futile.

It’s in a cage in its mind. 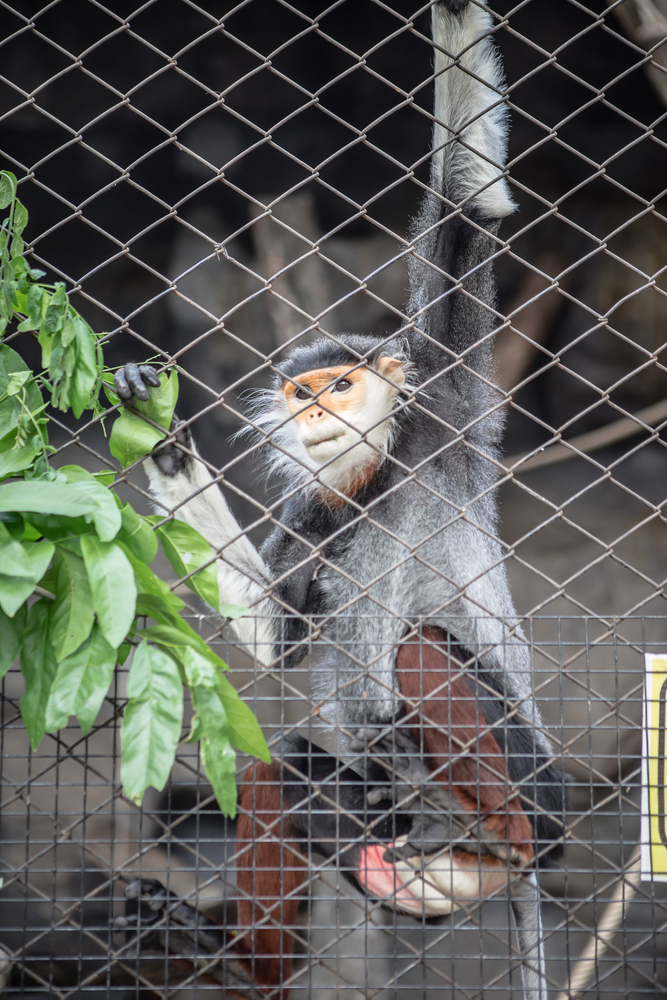 As I mentioned, learned helplessness isn’t only apparent at your local zoo.
People fall into the same mentality.
A series of failures lead to adopting the monkey in the cage mentality.

Perhaps you’ve tried to lose weight a few times and got stuck after dropping 5lbs on multiple occasions.
Without even considering that you may have miscalculated your calories or not trained hard enough you throw in the towel, you give up and adopt the ‘no matter what I do the result will be the same’.

A coach offers to help you with your training and diet.

You dismiss it because you’re convinced that nothing you do will allow you to lose that additional weight.

A classic case of learned helplessness.

You’ve called a number of prospects, none of which are in a position to buy.

You become discouraged and stop following up leads, you’ve convinced yourself that regardless of how persuasive your opener is and how good the property on offer is no one is going to buy a house or apartment from you.

You’ve been given a series of red hot leads by your boss but you don’t even follow up on them, you’ve convinced yourself the result will be no difference.

You tell everyone you’re a hopeless salesman and give up.

Once again, you’re the monkey in the cage. You don’t even try.

Going back to the weight loss example, when it comes to any fitness or business endeavour there’s also going to be plateaus – there’s going to be ups and downs.
You’ll progress and you’ll regress at times, that’s the nature of the beast.

Seth Godin refers to the progress made to the breakthrough and have success in any field as ‘the dip’ you must first endure the dip, a period of time comprised of a hell of a lot of effort with minimal progress being seen.

It’s all in the mind.

Forge your path forward and make any pivots and small changes based on your results (or lack thereof).

Put in the work, make changes and don’t adopt the monkey in the cage mentality.

The cage is always in your mind.

What’s Your Take On Learned Helplessness? Let Me Know In The Comments Below!

Scott J.https://ignorelimits.com
I’m SJ. I’m a fitness enthusiast and published author. I transformed my body from a skinny fat 135lbs with 18% body fat to a solid 192lbs at 8% body fat. I became qualified in a field I was passionate about. I founded several online businesses that allow me to pursue ideas and projects in my life that I am passionate about without having to constantly worry about money. I published several eBooks explaining the training and dieting techniques I used to achieve the body I have today. I learnt a plethora of new information on dieting and fitness by reading and applying what I read, to find out what does work and what doesn’t work, because as I’m sure you’ve noticed the health and fitness industry is full of non-sense claims and BS. I found out what was true and what worked for me and applied that knowledge. And you bet I had fun during the whole process.
Previous article
Picasso’s Dichotomy – A Reminder On How To Live Well
Next article
My “American Psycho” Inspired Morning Routine

Natty or Not? Fake Natural Bodybuilders & Integrity In The Fitness Industry

The War of Art Book Review

How to Wear Shorts for Fit Guys

How To: Romanian Deadlift

How To: Foam Roll Adductors

The Vital Few And The Trivial Many: The Art Of Doing Less & Achieving More