I noticed something on a lampshade. It was writing in Korean and when I asked the interpreter what it meant, he said it meant roughly, ‘Live or Die.’ 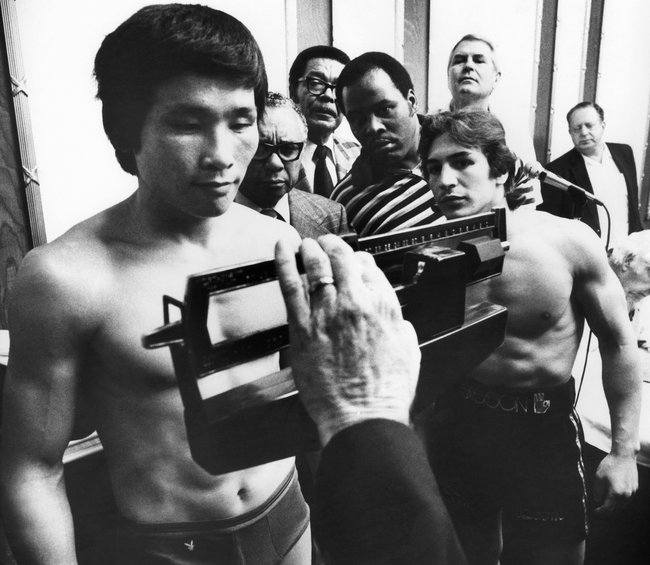 On November 13th, 1982 the infamous Ray ‘Boom Boom’ Mancini stepped into the ring at Caesars Palace in Las Vegas to defend his championship title against a man few knew, the Korean boxer – Duk Koo Kim.

Duk Koo Kim was lightly regarded in the boxing community and odd makers didn’t expect Duk Koo Kim to stand a chance against the legendary Mancini who was knocking his opponents out in the first round left right and centre.

Others couldn’t see it.

Mancini was quoted saying that he knew this fight was going to be a war.

Duk Koo Kim was unlike any opponent Mancini had faced.

But they lacked the indominitable will that Duk Koo Kim posessed.

We all say we’re dedicated to accomplish the grandiose goals we’ve set when we’re in a sedative state, but when we’re pressured with adversity and anxiety only then do we get to see how deep our dedication, commitment and belief runs.

Duk Koo Kim was prepared to die in an attempt to claim the championship title from Ray Boom Boom Mancini.

Duk Koo Kim was a man of few words who had endured a life of hardship, Duk Koo Kim saw this fight as his last chance to climb out of hell.

With his father dying at a young age and his mother marrying multiple times, Duk Koo Kim’s step brothers used to make him fight other kids in the neighbourhood. In 1982 at the time of the fight he had a pregnant fiancée back home and very little money.

Before the fight took place Duk Koo Kim was interviewed by a reporter in his hotel room, Duk Koo Kim spoke few words the reported noted Duk Koo Kim had written on the mirror with his own blood…

And he meant it too. 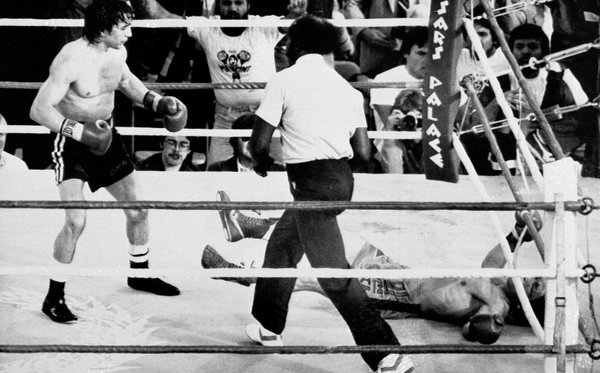 To the surprise of many in the crowd the unforgettable fight lasted 14 out of the 15 scheduled rounds. Duk Koo Kim and Mancini were toe to toe for 12 whole rounds. The 13th round however saw Kim absorb a flurry of 39 punches from Mancini, Duk Koo Kim refused to step back as this was a sign of shame.

As the fighters prepared to enter their 14th straight round Kim’s coach, Kim Yoon-Gu instructed Kim Duk Koo to enter the round strong and hold nothing back.

He clenched his teeth, nodded and said ‘Yes, I’ll do that’.

Those were the last words ever spoken by Duk Koo Kim.

In the 14th round Mancini knocked Kim down to the ground twice, the second time Kim struggled to stand up, pulling himself on the ropes.

Although Kim was only just still conscious the fight was called off.

Duk Koo Kim was swiftly carried out of Caesars Palace on a stretcher and rushed to hospital where he entered a coma.

Some time after the fight Duk Koo Kim’s most prized possession, his journal, was located.

“I know I cannot afford to be lazy…. I must create ‘something’ in order to realize my great dream…. I never liked my mother very much as a kid. I had wanted her to raise me on her own. I guess I was too young to know…. But now I understand my mother and feel sorry for her. That’s why I want to be a good son and bring her happiness. In order to do that, I must reach the top…. A country boy named Kim Duk Koo will show the world something…. I shall run and fight until I am covered with blood and sweat.”

“Live or Die” but never surrender.

You don’t have to risk life or death for your goals, but when you decide you’re going to do something keep your word and see it through – regardless of how much stress and pressure you’re facing.

Golden opportunities don’t surface often, and time is a depreciating asset so there’s no reason not to give it your all.

Duk Koo Kim’s death was a tragedy, however there is no doubt whatsoever that Duk Koo Kim died with honor and dignity.

The 13th of November 1982 is a day that altered the future of boxing forever.

Scott J.https://ignorelimits.com
I’m SJ. I’m a fitness enthusiast and published author. I transformed my body from a skinny fat 135lbs with 18% body fat to a solid 192lbs at 8% body fat. I became qualified in a field I was passionate about. I founded several online businesses that allow me to pursue ideas and projects in my life that I am passionate about without having to constantly worry about money. I published several eBooks explaining the training and dieting techniques I used to achieve the body I have today. I learnt a plethora of new information on dieting and fitness by reading and applying what I read, to find out what does work and what doesn’t work, because as I’m sure you’ve noticed the health and fitness industry is full of non-sense claims and BS. I found out what was true and what worked for me and applied that knowledge. And you bet I had fun during the whole process.
Previous article
7 Bodybuilding Tips To Help You Forge A Physique Of Steel
Next article
3 BIG Benefits Of Cardio For Bodybuilding

How To: Windshield Wipers

7 Stretches In 7 Minutes For Complete Lower Back Pain Relief

The Mindset Shift For Success (And 1 Book You MUST Read)

The Best Ankle Mobility Exercises To Increase Dorsiflexion (And Your Squat!)