What Is The Hedonic Treadmill? 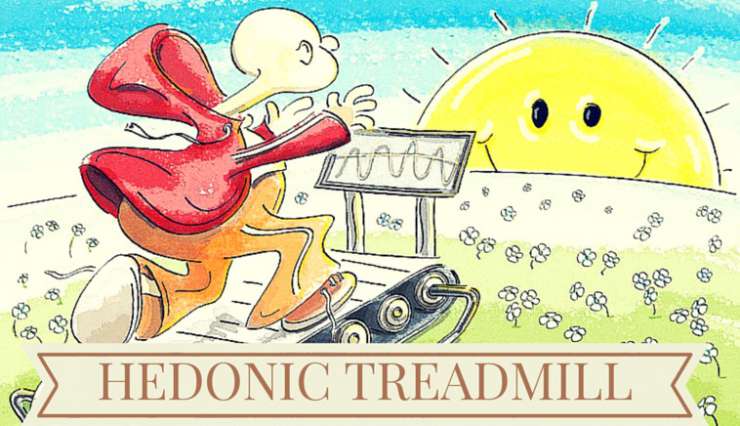 The hedonic treadmill, also known as hedonic adaptation, is the observed tendency of humans to quickly return to a relatively stable level of happiness despite major positive or negative events or life changes.

This concept dates back centuries, to such writers as St. Augustine, cited in Robert Burton’s 1621 Anatomy of Melancholy: “A true saying it is, Desire hath no rest, is infinite in itself, endless, and as one calls it, a perpetual rack, or horse-mill.”

Studies On The Hedonic Treadmill 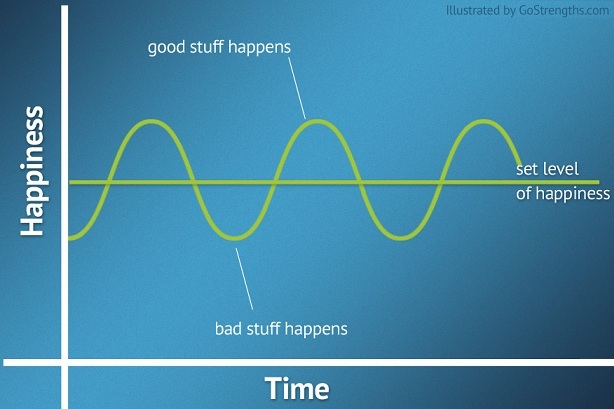 This study examined people who won a large sum of money from the lottery and victims in life altering accidents (quadriplegic/paraplegic).
This study demonstrated that, as expected there was immense happiness from the lottery wins and immense sadness from the victims of life altering accidents, however as the diagram above shows over the long term their happiness returned to a base line level, neither group were found to be happier than the other.

What You Can Learn – Takeaway Points From The Hedonic Treadmill Theory 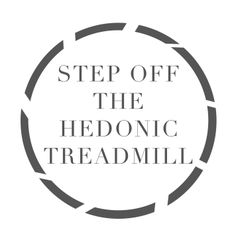 Consumerism is all about stuff, buy this, buy that, upgrade that… you’re lead to believe what you currently have is never good enough.
When you buy something new you’ll get a brief hit of happiness, but this doesn’t last long and once it’s gone you revert back to your baseline level of happiness, which creates the never ending cycle. You buy more and more and more. Each time you buy a new object you get that hit but it never lasts, you soon find yourself with barely enough room to store the shit you wasted your money on that’s now cluttering your house as well as your mind. Just like fight club, eventually your stuff will own you if you follow this path.

The best method of increasing your overall happiness is to go long term. Forget about that thing you want today, tomorrow or next week. Set your big, audacious goals – month long goals, year long goals. Wake up every day with a purpose and align your actions with your goals. Whether this be a body fat percentage, the podium finish in a Spartan race, doubling your websites page views per day. Whatever it is that excites you and motivates you to put the work in.

Studies have shown time and time again that heightened happiness is experienced via doing things and helping others.
You’ll derive far more long term happiness from the 4WDing trip you went on with your buddies in years to come through the memories and relationships that you build as opposed to the flat screen TV you bought which you probably won’t even remember owning a couple of years down the line.

We all think that winning the lottery or acquiring that Ferrari you’ve been dreaming about day in day out is the key to finally being happy and having what you deserve, but it’s not. After a little while of cruising the coast and feeling ecstatic in your new prancing red pony your happiness level will do as the hedonic treadmill says and return to their (low) baseline levels, leaving you swearing you’ll be happy when you get the new upgraded model…

Adopt the winners mentality, align your actions with your loan term goals and chip away at the statue of the life you want to live, day in, day out.

What’s Your Take On The Hedonic Treadmill Theory? Let Me Know In The Comments Below!