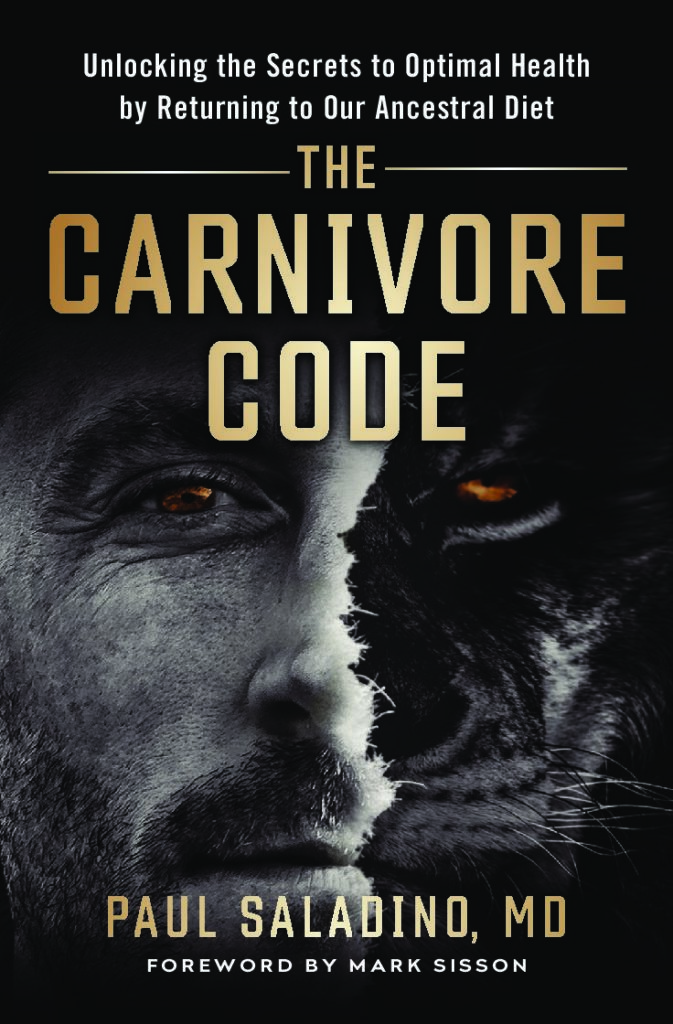 After hearing copious amounts of praise for the carnivore diet from Joe Rogan, Mikhaila Peterson, Jordan Peterson, Brendan Schaub and several notable endurance athletes I decided it was time to give it a go. As Tai Lopez says you must become a mad scientist. You must try things first hand to see what works and what doesn’t. Now, before I started the diet I wanted more knowledge and I wanted to see studies to back up these claims of increased performance, recovery from autoimmune issues etc. and there’s where The Carnivore Code comes into the equation.

The Carnivore Code was written by Dr. Paul Saladino who is no purveyor of broscience  – he uses science, references studies and speaks facts while discussing why many ‘healthy’ conventional diets are indeed far from healthy. This book doesn’t act as a funnel to get you to sign up for expensive diet coaching or meal plans like many other books based on specialised diets.

Below you’ll find the notes I took from The Carnivore Code book, whether you’re debating actually following the carnivore diet or not this book is a great read into dieting in general and will provide you with a plethora of knowledge on antioxidants and the like that you’ve likely never heard of.

My Notes From The Carnivore Code 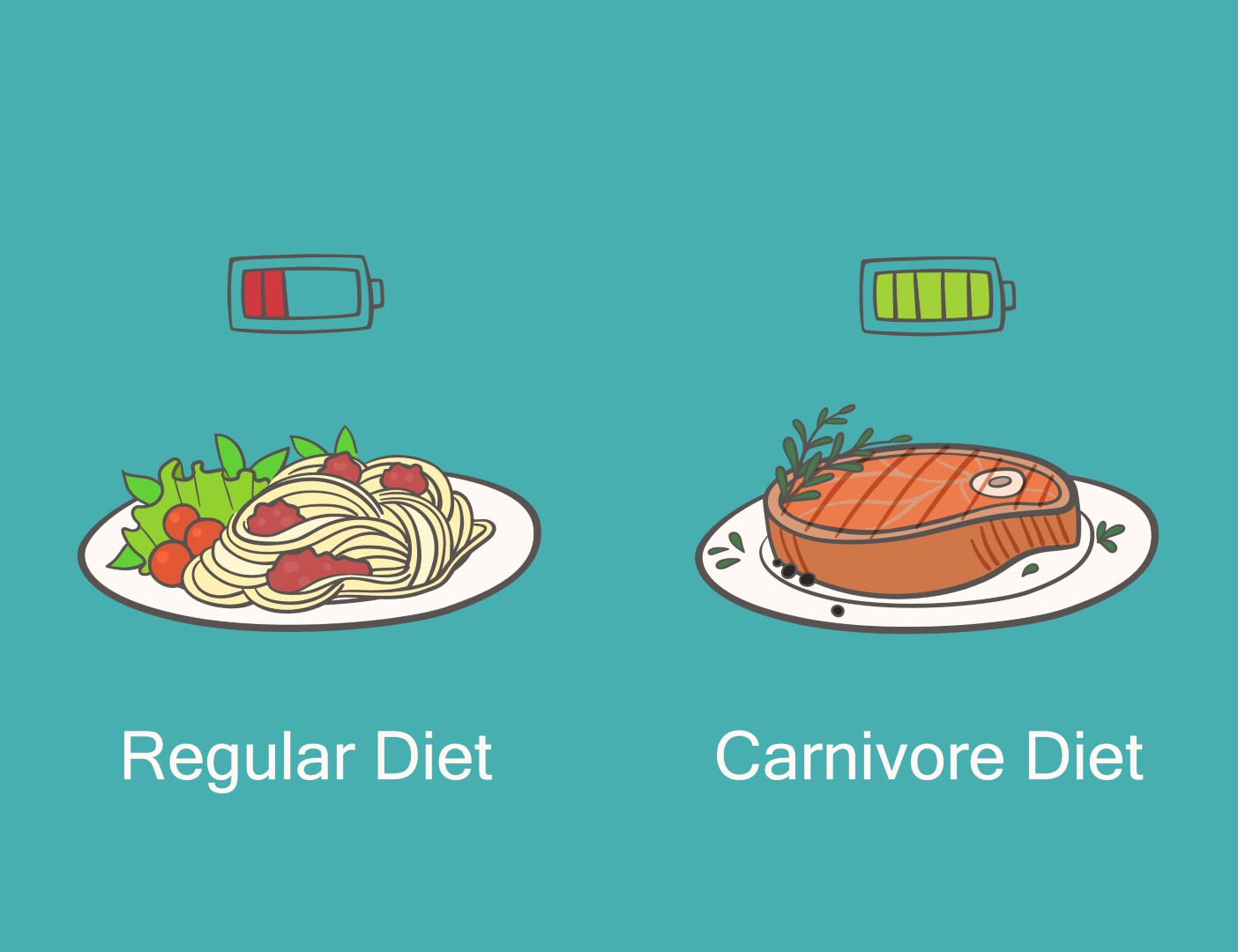 Is that our ancestors hunted animals preferentially – the more fat on the animal the better.
Our ancestors only resorted to eating plants during times of scarcity and starvation, if they could only eat meat they would (this wasn’t always possible).

Imagine we have an operating system, lets just call it Windows. Animals are also running on Windows, as such our body understands there code – when entered into our system it makes sense and we know what to do with it. No compatibility issues.

Plants do not run the same operating system as us, let’s say plants run on Linux. We’re not compatible but people believe we are. When entered into our Windows system our body doesn’t really know what to do with the Linux code, resulting in confusion and compatibility issues (in real terms this results in inflammation in the body).

Why Animals Are Superior To Plants

Animals have a higher availability of energy.

Signs We Are Meant To Be Carnivorous

Our stomachs are highly acidic with a PH of around 1.5 (on a scale on 0 – 14 with the lower number being more acidic). For reference a chimpanzee has a stomach PH of around 4.

Our shoulders have evolved as a hunting adaption to be able to throw spears etc.

Estimates around 88% of the population as of right now have a form of metabolic disease, pre-diabetes and insulin resistence. 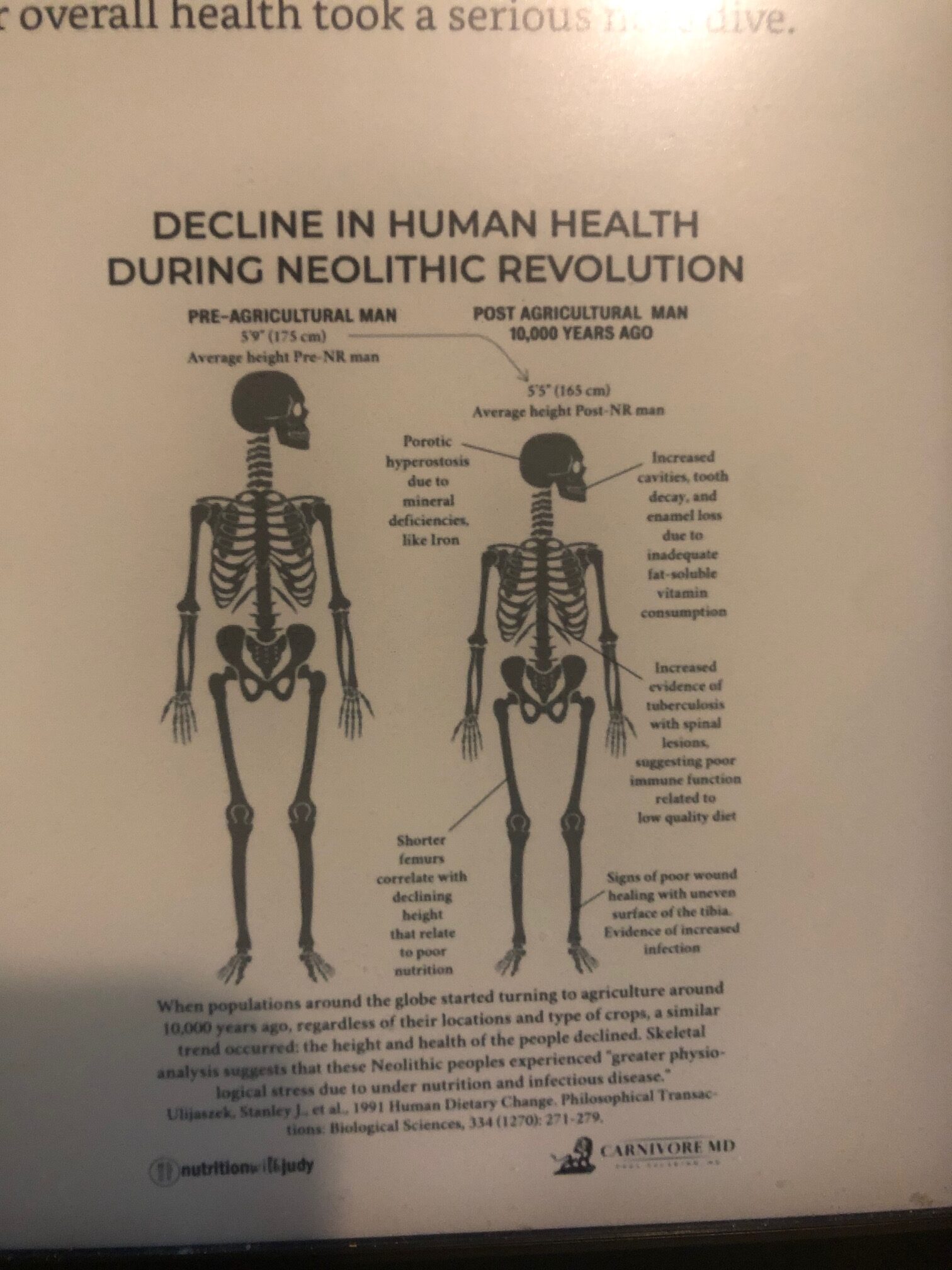 A 10 week study demonstrated improvements in markers of oxidative stress and inflammation in the group that did not consume fruits or vegetables over the course of 10 weeks.
Decrease in oxidative damage to DNA, blood, proteins and plasma lipids.

Another study had individuals consume their regular (low) fruit and vegetable intake (< 3 serves per day) while others consumed 480 grams of fruit and vegetables per day as well as a 300ml juice daily for 12 weeks. The increased fruit/veg easters had increased blood levels of vitamin C  but besides that it was reported that there was no significant changes in antioxidant capacity, DNA damage and markers of vascular health. 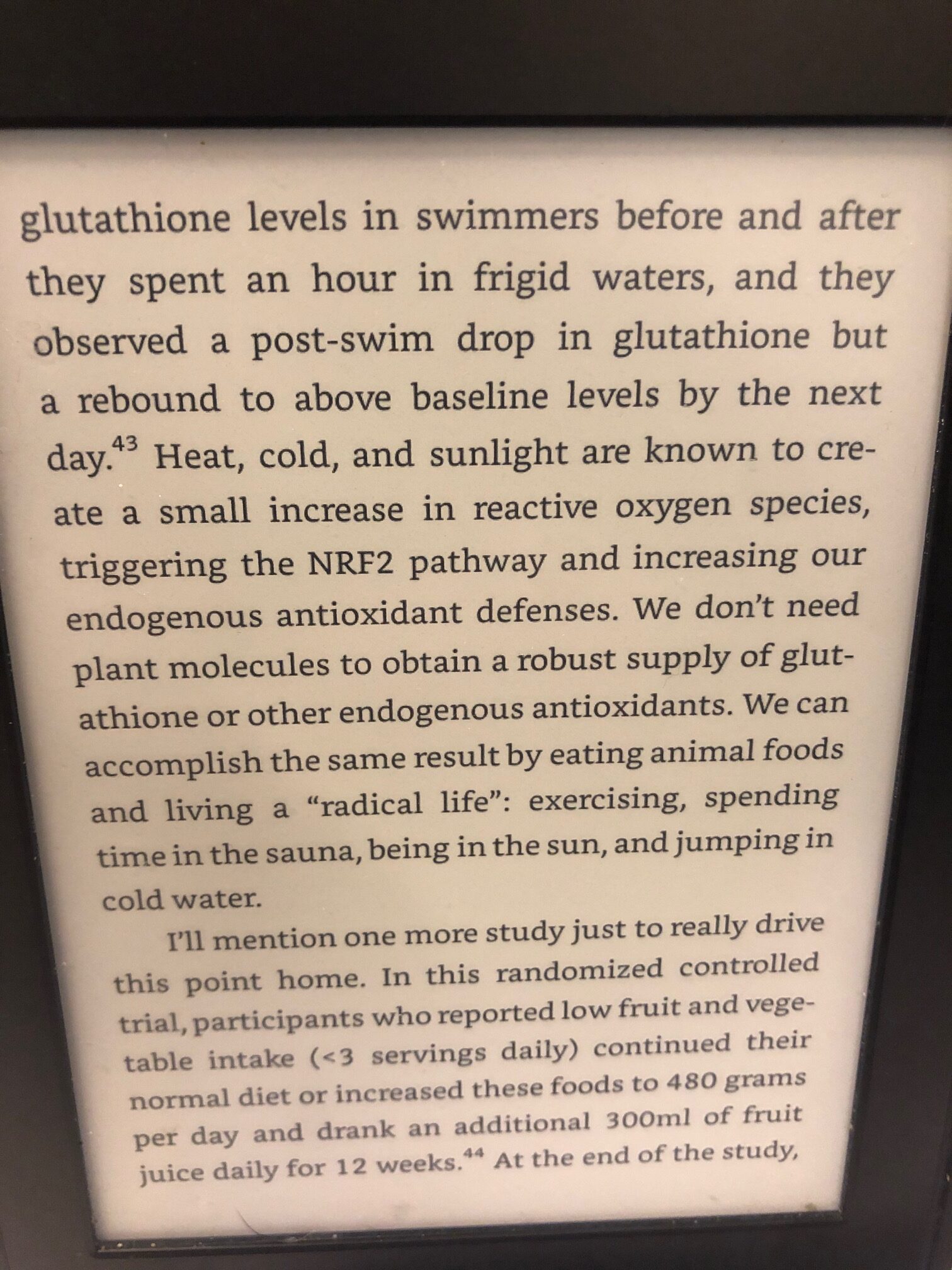 The healthy user bias is those that eat lots of fruit and vegetables often meditate, lift, run and practice better self-care in general, as well as come from a higher socioeconomic background.

In studies meat-eaters are seen as the James Dean character, they eat more meat, they ride motorbikes, smoke and just generally don’t care.

If these studies were performed using meat-eaters that’re conscious of their health (following a carnivore diet while placing emphasis on their self-care) the results would be quite different.

Plants Do NOT Want To Be Eaten

Plants want to survive, they don’t have our health as their #1 priority.

A plant doesn’t have a fight or flight response like a wild elk, instead they’ve adapted and contain toxins, chemicals and natural pesticides to discourage animals and humans from eating them.

Humans only seem to be concerned with the 0.1% of pesticides that we spray on plants, not the huge amount that they naturally contain that results in inflammation and health issues inside our bodies. 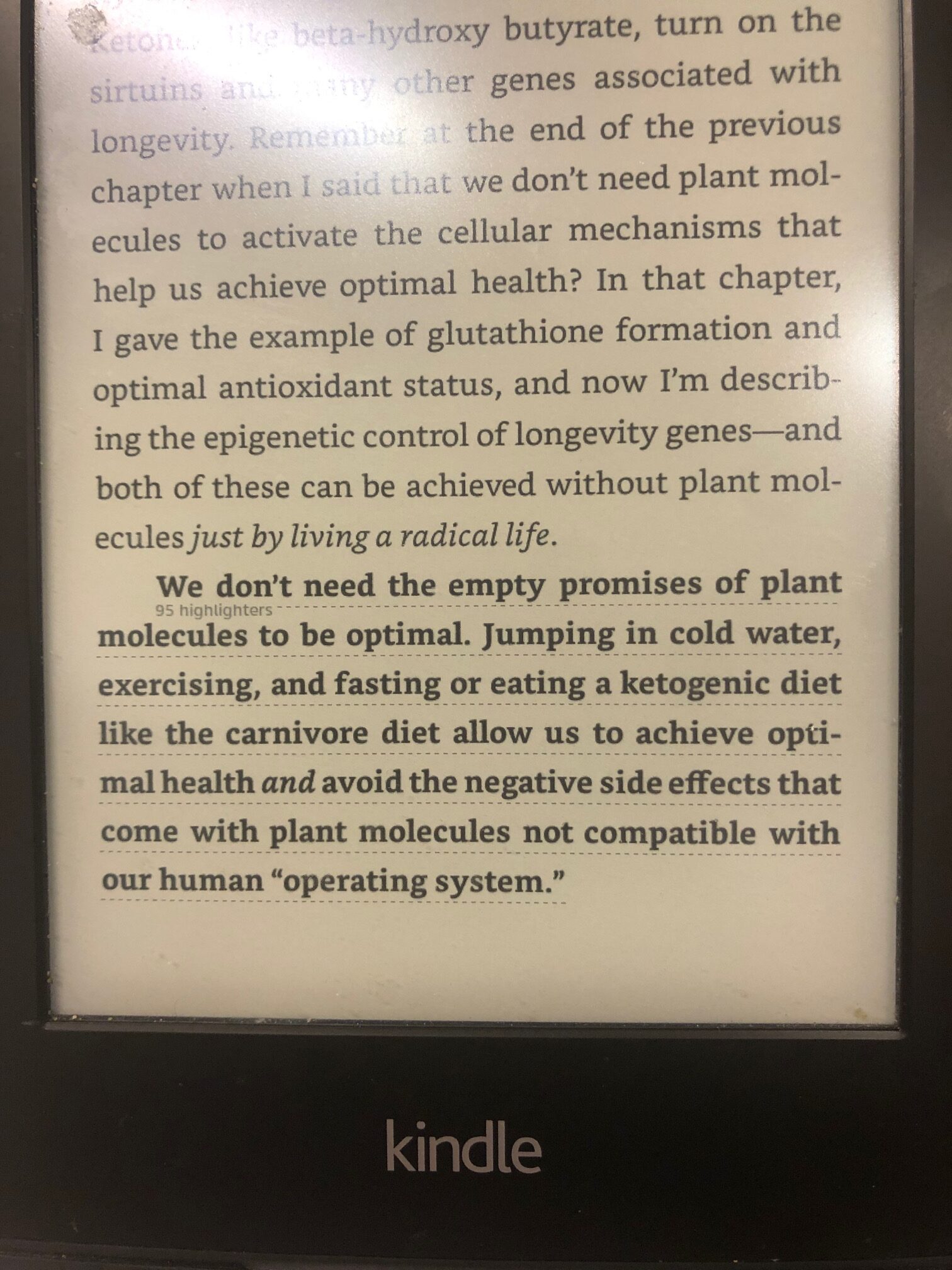 All foreign (non-animal) molecules have potential for negative side effects in the body – these include plants and medicine.

Inflammation is essentially our immune system going on high alert and getting fired up.

What To Eat On A Nose To Tail Carnivore Diet

Eat meat, eggs, seafood & dairy if tolerated by your body
This is the highest level before introducing organ meats

Similiar to the Freshman listed above however you’ll now also be consuming liver and connective tissue.

Tier 5 Carnivore (Top of the Ladder!):

Fat and protein macronutrients are also taken into account based on your performance goals.

Pick up your copy of Dr Paul Saladino’s The Carnivore Code here.

The Carnivore Diet Food List: Here’s What You Can And Can’t Eat…

Steak And Eggs Diet Supplements – What Should You Take While Following Vince Gironda’s Diet?