The Benefits of Working Out In The Morning

Over the past 6 months I’ve fallen in love with working out in the morning, crazy right? The thought of rolling out of bed at 5am and driving to the gym to do set after set of heavy squats might not sound so appealing I know… but hear me out here.

Think about it, if you weren’t awake early to go to the gym what would you be doing? Sleeping.

The Benefits Of Working Out In The Morning! 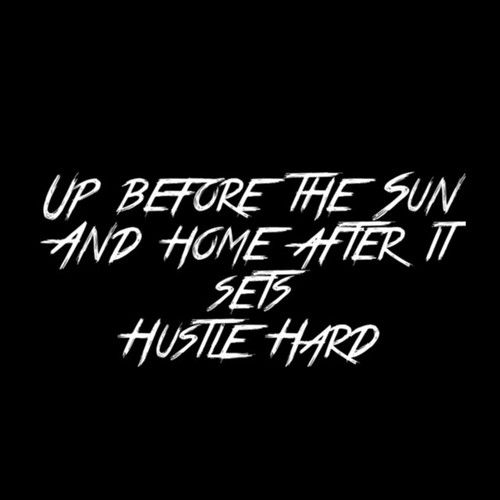 Getting up early and get your workout done before the majority of the world have even crawled out of their beds to debate what they’re going to do that day is such a rewarding and empowering feeling.

The mental sharpness post-workout blows the effects of a coffee out of the water, you’re ready to kill whatever comes your way for the remainder of the day because you’re not stressed, your energetic and you’re focused.

If I don’t train in the morning I more often than not feel lethargic, unenthusiastic and lack the usual energy I have… this is essentially how the majority of society feels all the time – don’t be like that. We’re different.

I haven’t even mentioned that you’ll have free run of the gym, how many guys do you think are at the gym using the power rack, leg press or cables at 5am? None, now you don’t have to think about how packed the gym is going to be when you roll in late in the afternoon, or how fatigued from work or study you are.

Just about every college football team performs their strength and resistance training early in the morning. Why is this? Well it builds discipline for one, but there are also a lot of scientifically proven advantages to training in the morning such as:

Your Testosterone levels are higher in the morning

Intense training in the morning boosts Testosterone throughout the day

Training in the morning will increase your metabolism

Training in the morning will reduce food cravings

If you haven’t already I highly suggest you give training in the early hours of the morning a try, I can guarantee you’ll feel great for it and your productivity will be at an all-time high, you’ll also build discipline. The first few days you won’t have the best workouts admittedly as your body isn’t used to training at such a time, but after the first few days you’ll be smashing through your PRs.

Struggling to get going in the morning? My home-made pre workout supplement will get you going…

Do you train early in the morning? If not, what time of day do you train? Let me know in the comments below!

Scott J.https://ignorelimits.com
I’m SJ. I’m a fitness enthusiast and published author. I transformed my body from a skinny fat 135lbs with 18% body fat to a solid 192lbs at 8% body fat. I became qualified in a field I was passionate about. I founded several online businesses that allow me to pursue ideas and projects in my life that I am passionate about without having to constantly worry about money. I published several eBooks explaining the training and dieting techniques I used to achieve the body I have today. I learnt a plethora of new information on dieting and fitness by reading and applying what I read, to find out what does work and what doesn’t work, because as I’m sure you’ve noticed the health and fitness industry is full of non-sense claims and BS. I found out what was true and what worked for me and applied that knowledge. And you bet I had fun during the whole process.
Previous article
Fat Gripz Review – Replicate Thick Bar Training!
Next article
Habits Of A Winner

Purchases to Improve your Life: Volume 3

5 Big Benefits of Boxing Training: Why You Need To Start Boxing