The Vitamin D Down Low 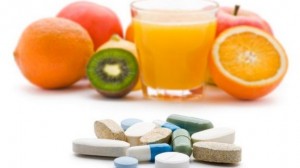 Vitamin D truly is a magical vitamin, so it’s surprising that the majority of athletes and the general population are completely deficient in Vitamin D.

Controversy and discussion of vitamin D is nothing new, way back in 1927 the German Swimmers’ Association used sunlamps on their athletes in order to boost performance (through vitamin D synthesis) this lead to an uproar and accusations of doping.

Is vitamin D really that powerful?

If you are deficient in Vitamin D many studies in modern times have shown it can be a performance enhancing substance.

The most common source of Vitamin D is sunlight, our bodies synthesize sunlight into Vitamin D, we have Vitamin D receptors all throughout the body, it essentially acts like a hormone.

“Why should I be worried about my vitamin D deficiency?” you ask, well there’s a TON of health benefits from getting in the right amount of vitamin D each day… such as: 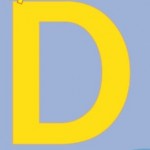 Is there a link between vitamin D and muscle growth? There certainly is!

Vitamin D (through the regulation of neuromuscular functioning) impacts the synthesis of protein. Individuals studied that  are deficient in Vitamin D (below 30 nmol/l) had decreased strength, muscle wastage and overall weak muscles.

Is there a link between vitamin D and fat loss? Absolutely.

Studies have suggested that when supplementation of vitamin D is combined with resistance training (weights) overweight individuals noticed a decrease in their waist to hip ratio.

This study was performed on 23 overweight individuals over the course of 12 weeks.

Here’s what the authors had to say:

““The results of the current study demonstrated that vitamin D supplementation improved muscular power in healthy overweight and obese individuals within four weeks and that elevated vitamin D status was associated with greater losses in waist circumference, with no additional benefits in lean mass accumulation, muscular strength, or glucose tolerance during participation in a 12-week resistance exercise training program.

Studies on Vitamin D and Performance

Vitamin D has had countless studies performed regarding the improvement of performance in athletes, below are some of the notable results.

German study suggests 13% increase in performance on a bike ergometer

There is no exact RDA recommended daily dose as of this stage as it is believed there is “insufficient evidence”, however 200 – 400 IU is the range prescribed by medical professionals and scientists whom have performed these studies, with younger individuals requiring slightly less Vitamin D, and older individuals requiring an increased dosage of vitamin D.

Vitamin D has had enough studies performed to solidify (in my opinion) that it increases protein synthesis, improves protein anabolism and promotes an increase in muscle mass.

Vitamin D is proven to help prevent certain diseases and reduce the severity of colds and sickness in winter.

Here is the vitamin D supplement I use and recommend.

Do you supplement with Vitamin D? If so have you noticed an increase in performance? Let me know in the comments below!

Not Losing Weight? Here’s 5 Reasons Why

Does Protein Powder Work? The Truth About Protein

How To Stay Motivated To Lose Weight

3 Proats Recipes To Kickstart Your Day!