We don’t fully mean to sabotage ourselves as we life our lives and chase our endeavours, but it happens.
The guy finally making progress in his life and gaining positive momentum, the superstar taking their career to the highest level, the bodybuilder 2 days out from stepping on stage… all of these individuals are extremely susceptible to self-sabotage.

Our goal is within grasp, we know what we need to do and how to do it but we fail, by our own means.

The key to conquering self-sabotage is knowing regardless of who you are or what you’ve achieved your susceptible to it, read through my 7 points below and identify if they’re a part of your life. 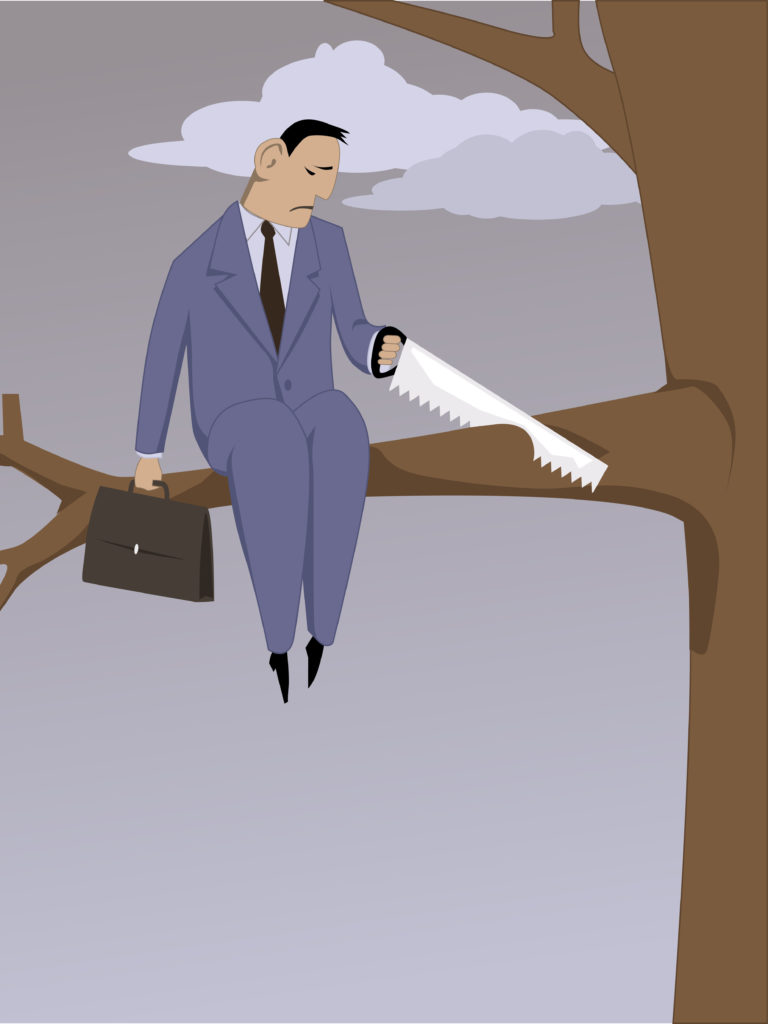 From a combination of my personal experience and the many, many books I’ve read, the following 7 methods are prevalent for causing self-sabotage…

Fearing Success (and convincing yourself you don’t deserve it)

As much as we set big goals and work to achieve them at the last minute, during the final hours as we see our hard work transforming into a result – be it a trophy, a pay cheque or a once in a lifetime experience we back out, we feel guilty, we don’t think we deserve it and we find a way to lose. We don’t give it our all, we don’t show up, we practise negative self-talk and sabotage ourselves.

You must convince yourself you deserve what you want. If you put in the work (which anyone can!) you deserve every bit of it.

Quitting After Your First Encounter With Resistance

Whether you’re chasing a financial goal, a physical goal or any other goal for that matter, assuming your goal is at least semi-audacious you’re going to encounter resistance along the way. It’s meant to be that way. There’s no such thing as a worthwhile accomplishment that doesn’t involve the exertion of effort.

Even if there was if you got the keys to a Ferrari handed to you it wouldn’t mean shit, you wouldn’t appreciate the hard work, sacrifice and dedication required to turn the key and start the engine of your prized race-horse.

When resistance hits, be it a financial setback, an injury in the gym, someone telling us ‘No!’ we give up. We tell ourselves we can’t do it, we didn’t really want it or it’s not for us.
Even though deep down you know you want it and you know it’s your destiny.

When resistance swings at you your job is to swing back harder.

The law of attraction is the principle that you attract that which you think about a lot.
This powerful magnet can work for you or against you.

If you’re practising negative self-talk subconsciously (telling yourself you can’t do it, you’re not good enough, you don’t deserve it) then the universe will ensure you’re right – you’ll face roadblock after roadblock, your resolve will get beat down and you’ll quit.

You knew you had the ability, you knew you could acquire the skills, muster up the energy and get the shit done but you told yourself you couldn’t and hey presto, you were right.

This goes back to the old saying “whether you think you can or you can’t, you’re right.”

Pretending You Don’t Know What You Want

This is without a doubt the biggest self-sabotage I see being made.
I’m guilty of this one too.

Deep down you do know. Whether you’re scared, afraid or embarrassed to tell yourself or others, you do know.

As your mind ticks along in the midnight hours you lay awake in your bed after a long day in the office at the job you hate, that’s when you’re thinking about what you really want.

Admit it, tell yourself you know what you want and then get started making it happen.

Allowing Others To Control Your Time

Being a people pleaser because you don’t want conflict or to disagree with anyone isn’t being impolite, it’s a form of self-sabotage.
Self-sabotaging yourself.

Your time is valuable, you can’t get more of it – once it’s spent it’s gone. Money can be made, money can be attracted and money will always be there for you.

Time on the other hand, will not.

The next time someone asks you to help with something, go somewhere or do something that you disagree with, that eats into your own time which you could be spending working towards attaining those goals of yours, say ‘No’.

‘No’ is the most powerful word in the world.

The higher the status, the more successful the company, the more ambitious the entrepreneur – the more they get used to saying no.
Your time is precious, you must reflect this by guarding it closely and spending it wisely in a way which will benefit you.

You Beat Yourself Up When You Fail

I thought life was smooth sailing for men like Arnold Schwarzengger, Steve Jobs, Mike Tyson, Bill Gates & Warren Buffett, it’s not until you read their biographies or delve deep into their past that you realize they’ve been surrounded by failure.

They’ve failed more times than you and I.

The key is they accepted it, learned and moved on.. they pondered why they failed, said “I’ll never let that happen again!” and moved on.

If you beat yourself up, give up and feel sorry for yourself this is once again self-sabotage in its finest form.

When you fail, you have to move on. Learn from the failure and instead of wasting time feeling sorry for yourself get back to it.

“When we succeed we celebrate, when we fail we ponder”.

You Plan, Plan, Plan But You Never Pull The Trigger

I’m all for planning, but planning for the sake of planning (to avoid taking action) or planning to the exact, minute detail is a waste of time.
You’ll spend so long honing in on every single detail that you’ll fall victim to paralysis by analysis – you’ll delve in so deep that you’ve confused yourself, you’ve bombarded yourself with options and now you’re not going to take a single step because you’ve overloaded yourself with information.

Like a highly trained sniper, line it up then pull the trigger.

What’s Your Take On Self-Sabotage? Let Me Know In The Comments Below!

My Experience Floating In A Sensory Deprivation Tank