l-Citrulline Malate, you’ve probably heard the name before but aren’t entirely sure what it is except it that it can be found on the ever expanding shelves at your local supplement shop. Citrulline Malate is one of the main ingredients in the current batch of pre-workout supplements on the market, but is this ingredient killer or filler? 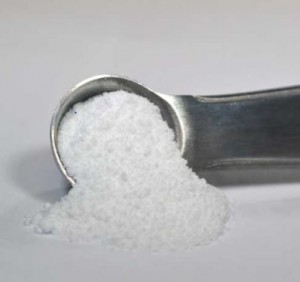 First of all, Citrulline Malate can be found in very small quantities in eggs, meat, fish, milk, watermelons, legumes and more.

Back In the ‘70s Citrulline Malate was used (in a product referred to as ‘Stimol’) to lower the physical and mental fatigue of patients post-surgery.

The primary purpose of Citrulline Malate is to fight muscular fatigue and weakness via resistance training; this is achieved by lowering ammonia levels as Citrulline is a component of your body’s urea cycle that converts ammonia to urea. During high repetition sets (7+ reps) ammonia is produced via the muscular contraction that takes place.

Citrulline Malate isn’t over-hyped fairy dust like a lot of supplements; it has numerous published studies to back up its claims and benefits.

A study published in the Journal of Strength and Conditioning Research shows evidence that individuals given 8 grams of Citrulline Malate (in a pre-workout drink) before their chest workout were able to perform a significant number of additional repetitions, this study can be viewed here.

Another study conducted with 41 men in Spain performing a chest workout indicated that those that did receive the Citrulline Malate noticed a 17.5% increase in muscular endurance (via additional reps) on their 4th set.

As this was a high volume study on their 16th set the largest improvement was noted, a 53% increase in reps were reported. More details on this study can be viewed here.

My Thoughts on Citrulline Malate

I tested Citrulline Malate over the period of 4 weeks, performing high volume, moderate repetition (10-12) workouts with 45 seconds rest between sets. Half way through my workouts fatigue generally sets in and although I am performing the desired number of sets and reps I have to significantly lower the weight if I want to continue to utilise the relatively short rest period (45 seconds) between sets.

During the 4 weeks I used Citrulline Malate I was able to maintain the heavier weights I was using for my initial sets while still keeping my rest periods short.

If you like to train high volume like I do I highly recommend you add Citrulline Malate to your pre-workout drink which is far more cost effective to make yourself as opposed to buying a pre-workout supplement full of filler ingredients..

are the winning ingredients in my home made pre-workout drinks.

If you follow a lower volume, low repetition workout regime such as Starting Strength or Stronglifts 5×5 I doubt you would get the same bang for your buck, although a noticeable difference towards the end of your workout would still be apparent.

Here’s the Citrulline Malate I use and recommend…

Have you used l-Citrulline Malate? If so do you notice a difference in your workouts?
Let me know in the comments below!

Scott J.https://ignorelimits.com
I’m SJ. I’m a fitness enthusiast and published author. I transformed my body from a skinny fat 135lbs with 18% body fat to a solid 192lbs at 8% body fat. I became qualified in a field I was passionate about. I founded several online businesses that allow me to pursue ideas and projects in my life that I am passionate about without having to constantly worry about money. I published several eBooks explaining the training and dieting techniques I used to achieve the body I have today. I learnt a plethora of new information on dieting and fitness by reading and applying what I read, to find out what does work and what doesn’t work, because as I’m sure you’ve noticed the health and fitness industry is full of non-sense claims and BS. I found out what was true and what worked for me and applied that knowledge. And you bet I had fun during the whole process.
Previous article
How To Increase Productivity – 5 Tips To Get More Done!
Next article
The Art of the Cold Shower – Raise your Testosterone + More

The Magic of Box Breathing – Increase Energy And Reduce Anxiety

4 Things To Ask Yourself Before Starting A New Diet

10 Purchases To Improve Your Life Under $10

How To: Decline Push-Up

How To Increase Your Workout Intensity