There’s a lot of myths out there regarding how to increase metabolism, the majority of which are being preached by individuals who probably don’t even know what your metabolism is (it’s one of many buzz words you’ll find used excessively when marketing a fat burning, promoting a food or trying to popularize a new fad style of workout regime). 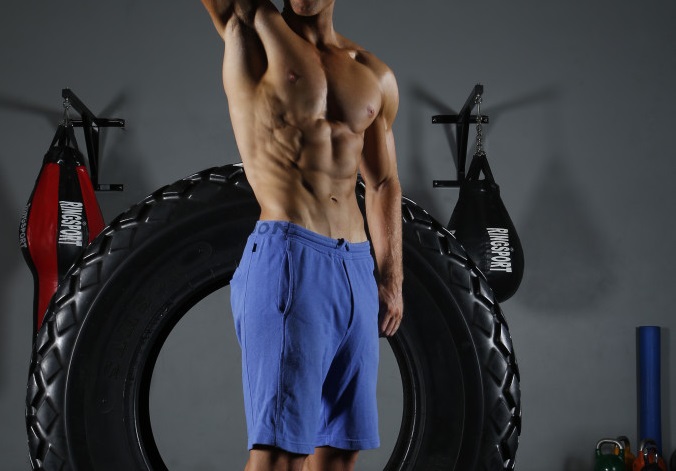 So, what actually is your metabolism?

The chemical processes that occur within a living organism in order to maintain life.

When we’re discussing the speed of a metabolism back in ancient times having a slow metabolism was actually a blessing. Think about it – the faster your metabolism the quicker you’re burning calories, when food is scarce the slow, efficient metabolism is far more advantageous merely from a survival point of view. Today, however that isn’t quite the case – a faster metabolism will allow you to shred down into single digit body fat without reducing yourself to a starvation style crash diet.

You can eat the same (or more, depending) than someone with a slow metabolism and maintain your current condition or even lose fat while they would be gaining weight!

The common folks take on your metabolism

“Breakfast is the most important meal of the day, if you skip breakfast your metabolism slows down”

“You’re either born with a fast metabolism or you’re not, it’s all genetics. Bad luck pal”

You’ve probably heard one or all of the statements mentioned about increasing you metabolism that I’ve mentioned above… you’ll be pleased to note that these are all bullshit.

None of these are true. The truth about your metabolism

The metabolic spike your body receives when eating small regular meals averages out to be the exact same (or close enough to make no difference) as the larger, less frequent metabolic spike received from eating larger meals less often throughout the day.

The point about breakfast ties in with the paragraph above. Meal timing does not matter.

Genetics? Yes, sure ectomorphs (skinny guys) will often have a faster metabolism by default than someone who has an endomorph style body type. However, your metabolism is not set in stone (if it was then this post would be irrelevant) so let’s delve into several actionable methods you can use to increase your metabolism and in turn burn more calories (and fat!).

How to increase metabolism

Protein forms the building blocks for muscle mass – with an inadequate protein intake you won’t build any significant amount of muscle the importance here is that the more muscle mass you have the faster your metabolism will be (muscle mass takes a far higher amount of calories to move in comparison to stored body fat).

As I discussed in my latest book, F.U. Fat – increasing your dietary fat intake leads to an increase in Testosterone production, now you don’t need to go all out and commit yourself to the old school steak and eggs diet, a safe and more sustainable bet is to include more fatty cut of meat and throw in a handful or two of almonds/brazil nuts in your diet.

After a bodybuilding or fitness modelling competition the majority of competitors rebound terribly and end up with a large amount of stored body fat in a relatively short amount of time. This is because they’ve failed to ‘reverse diet’ their metabolism (which, after a prolonged period of caloric restriction will slow down without question).

The key to reverse dieting, or speeding up your metabolism is to slowly increase your calories on a weekly basis (I recommend no more than 100~ additional calories per day, per week). The key point to take on board here is that your metabolism adjusts based on the amount of food you’re currently eating.

If you’re in a caloric deficit i.e. consuming fewer calories than your body needs to maintain itself your metabolism will slow down to and attempt to be more ‘efficient’ as it suspects food is scarce.

On the other hand, when you’re in a calorie surplus i.e. consuming a greater number of calories than your body needs to maintain itself your metabolism will slowly begin to speed up to account for this.

As I mentioned above, an increased amount of muscle mass leads to an increase in the speed of your metabolism as muscle mass requires far more energy for your body to move (stored body fat on the other hand requires virtually none). I consider muscle mass to be income and stored body fat to be debt. The further in debt you are the harder it is to get out!

Performing heavy compounds lifts such as the squat, bench press, deadlift and overhead press 3~ times per week while working in the most efficient rep range to build muscle which is lower than you think!

Regardless of how slow your metabolism may be (or you suspect it to be) there are actionable steps you can take to speed it up that will work. Perhaps you’re a mesomorph and genetics are not in your favour when it comes to having a speedy metabolism, or perhaps you’ve competed in a bodybuilding competition/taken the advice of a terrible trainer during which time your metabolism ground to a halt. No problem – Implement the four techniques I’ve mentioned above and give it time.

What’re your thoughts on metabolism, genetics & the four key factors I’ve mentioned? Let me know in the comments below!