The Power of Cinnamon 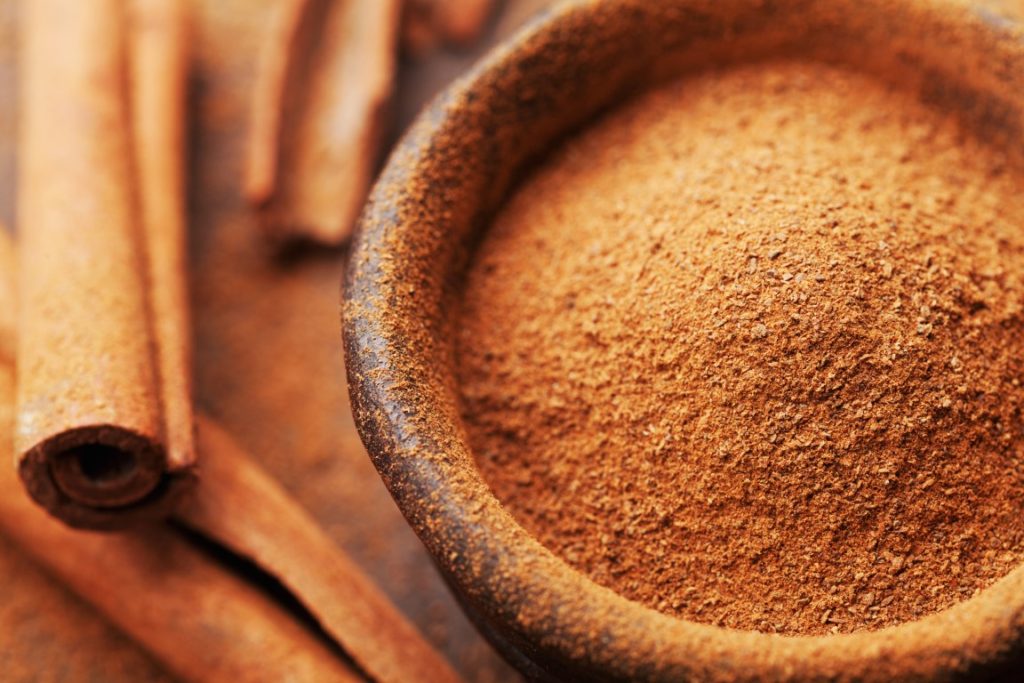 When it comes to spices, cinnamon is hard to beat…

Not only is it extremely versatile and is delicious to taste, it’s loaded with health benefits.
When it comes to making a Greek Yogurt bowl, overnight oats or proats I always go out of my way to include a healthy dose of cinnamon, here are 5 big cinnamon benefits and reasons why you should incorporate more cinnamon into your diet.

First Of All Where Does Cinnamon Actually Come From?

Cinnamon comes from the bark of trees, it’s peeled off of tropical evergreens.
This bark is placed in the sun and once dried out it begins to curl – forming a cinnamon stick.

It is argued that Ceylon Cinnamon is ‘genuine’ cinnamon, this type of cinnamon grows in Sri Lanka and isn’t that readily available.
Ceylon cinnamon comes from the Cinnamomum Zeylanicum plant.

The cinnamon the majority of us buy in the supermarket is Cassia Cinnamon, this second type of cinnamon is far more readily available, comes in cheaper and has a bit of a stronger taste to it.
Some individuals will argue that this is not ‘true’ cinnamon, however it’s the cinnamon that 99% of us use and the plethora of health benefits you’ll reap from regularly consuming cinnamon isn’t exclusive to one type of cinnamon.

1 – Cinnamon Is Jam Packed With Antioxidants

Free radicals cause oxidative damage to our body, antioxidants battle these free radicals and protect us from such damage (and as such you should incorporate not only cinnamon, but a variety of foods high in antioxidants into your diet every single day).

Out of essentially all of the spices out there cinnamon sits at the top when it comes to the sheer number of antioxidants it contains.

A study found here even ranks cinnamon above a number of those we deem ‘super foods’.

Looking to lower your blood sugar levels? Cinnamon should be the #1 addition to your diet.

How is this possible? Cinnamon restricts the amount of glucose entering your blood stream after a meal, this is achieved by cinnamon’s interaction with digestive enzymes which slows down the rate at which carbohydrates breakdown in your digestive tract.

1 gram to 6 grams of cinnamon per day appears to be the sweet spot for lowering blood sugar levels according to studies (that’s up to 2 teaspoons per day).

One of the main components of cinnamon, cinnamaldehyde is effective at treating respiratory infections as well as reduce the growth of bacteria such as Salmonella and Listeria.
More research is being performed to verify claims that cinnamon is able to assist fighting off infections within other parts of the body.

When it comes to gym-goers they often brush off benefits such as improved insulin sensitivity as they assume it doesn’t hold much relevance to strength and body composition etc. that’s not quite the case…

Your energy levels, the rate at which your body expends calories (your metabolism) are all linked to insulin.

Here are a few notes from the aforementioned studies…

“In summary, cinnamon and components of cinnamon have been shown to have beneficial effects on essentially all of the factors associated with metabolic syndrome, including insulin sensitivity, glucose, lipids, antioxidants, inflammation, blood pressure, and body weight. In addition, factors associated with related diseases, including Alzheimer’s disease, stroke, and cancer, have also been shown to be improved by cinnamon and its components in in vitro studies.”

“Naturally-occurring compounds that have been shown to improve insulin sensitivity include Cr and polyphenols found in cinnamon (Cinnamomon cassia). These compounds also have similar effects on insulin signalling and glucose control. The signs of Cr deficiency are similar to those for the metabolic syndrome and supplemental Cr has been shown to improve all these signs in human subjects. In a double-blind placebo-controlled study it has been demonstrated that glucose, insulin, cholesterol and HbA1c are all improved in patients with type 2 diabetes following Cr supplementation. It has also been shown that cinnamon polyphenols improve insulin sensitivity in in vitro, animal and human studies. Cinnamon reduces mean fasting serum glucose (18-29%), TAG (23-30%), total cholesterol (12-26%) and LDL-cholesterol (7-27%) in subjects with type 2 diabetes after 40 d of daily consumption of 1-6 g cinnamon. Subjects with the metabolic syndrome who consume an aqueous extract of cinnamon have been shown to have improved fasting blood glucose, systolic blood pressure, percentage body fat and increased lean body mass compared with the placebo group. Studies utilizing an aqueous extract of cinnamon, high in type A polyphenols, have also demonstrated improvements in fasting glucose, glucose tolerance and insulin sensitivity in women with insulin resistance associated with the polycystic ovary syndrome. For both supplemental Cr and cinnamon not all studies have reported beneficial effects and the responses are related to the duration of the study, form of Cr or cinnamon used and the extent of obesity and glucose intolerance of the subjects.“

5 – Cinnamon Acts As A Natural Anti-Inflammatory

When we think of inflammation in the body we instantly assume it’s a negative thing, that’s not entirely the case.

Inflammation is necessary when our body is repairing damaged tissue as well as when fighting infection. That said, when healthy tissue is inflamed or chronic inflammation is apparent that becomes a problem.

You can check out a study here and another here that discuss this in detail.

Want To Add Cinnamon To Your Diet? Try These Cinnamon Overnight Oats… 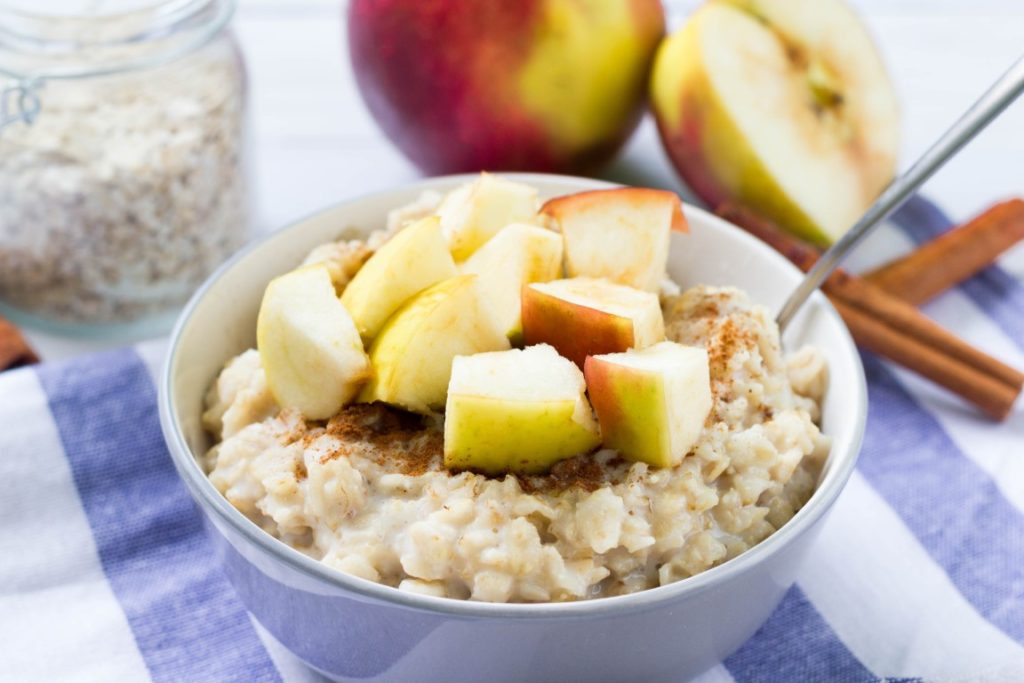 Ever since I discovered overnight oats I can’t get enough of them, a perfect nutritional profile to start the day with more than enough fuel for the most brutal of workouts (cardio OR weights!). You don’t need to add cinnamon to every single meal you eat to reap the cinnamon benefits discussed above, a healthy serve in the morning will more than suffice.

Here’s how to make ’em

Combine all ingredients together in a bowl or large mason jar and placed in your fridge overnight.
Consume the following morning.

Here’s The Cinnamon I Use & Recommend (Great Value) 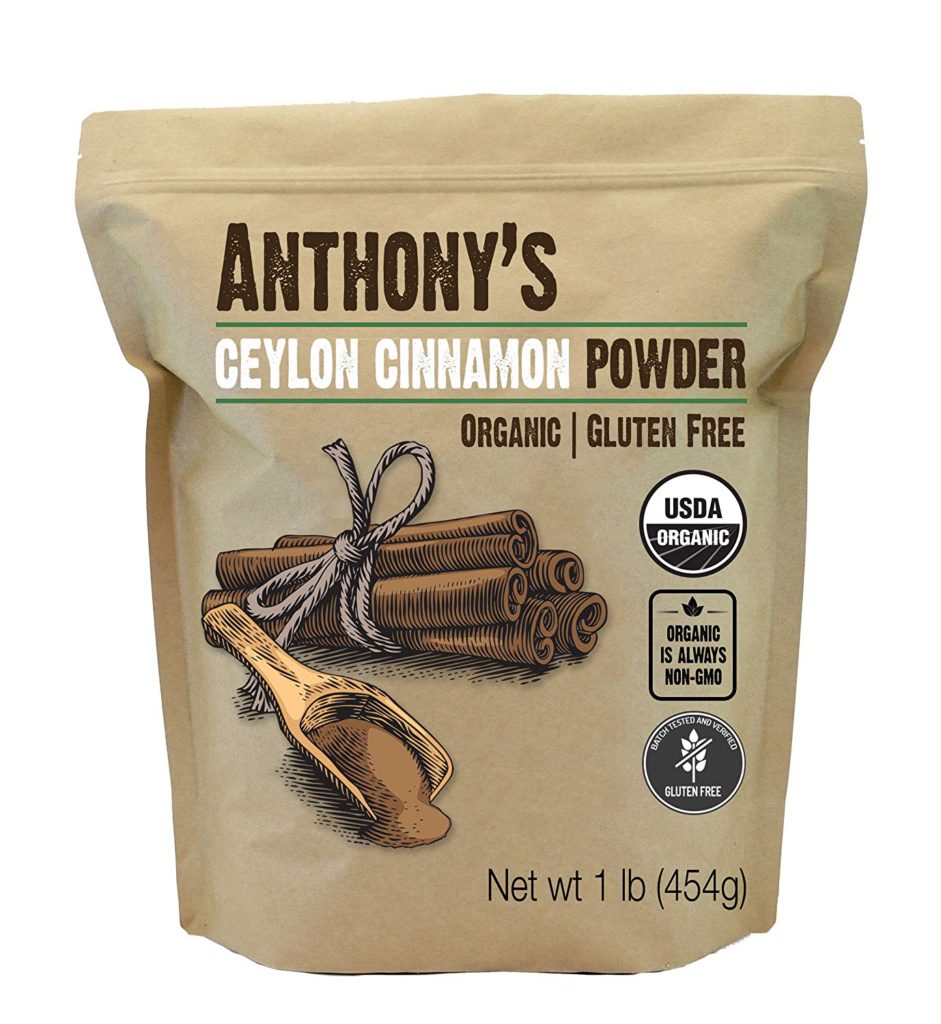 What’s Your Take On These Cinnamon Benefits? Let Me Know Below!

Scott J.https://ignorelimits.com
I’m SJ. I’m a fitness enthusiast and published author. I transformed my body from a skinny fat 135lbs with 18% body fat to a solid 192lbs at 8% body fat. I became qualified in a field I was passionate about. I founded several online businesses that allow me to pursue ideas and projects in my life that I am passionate about without having to constantly worry about money. I published several eBooks explaining the training and dieting techniques I used to achieve the body I have today. I learnt a plethora of new information on dieting and fitness by reading and applying what I read, to find out what does work and what doesn’t work, because as I’m sure you’ve noticed the health and fitness industry is full of non-sense claims and BS. I found out what was true and what worked for me and applied that knowledge. And you bet I had fun during the whole process.
Previous article
How To: Dumbbell Deadlift
Next article
Rise And Shine: Motivation To Start Your Day

The 4 Most Common Chest Training Mistakes

The Priority Training Principle – How To Build The Ultimate Physique

Drinking Raw Eggs: Here’s What You NEED To Know

5 Reasons Why Eggs Are Natures Multivitamin

Watermelon Pre Workout: Why You Need To Eat Watermelon Before Training

How to Increase your Testosterone Naturally

The Radical Benefits Of Cold Showers For Men