How To Develop A Visible Adonis Belt (V Shape Abs) 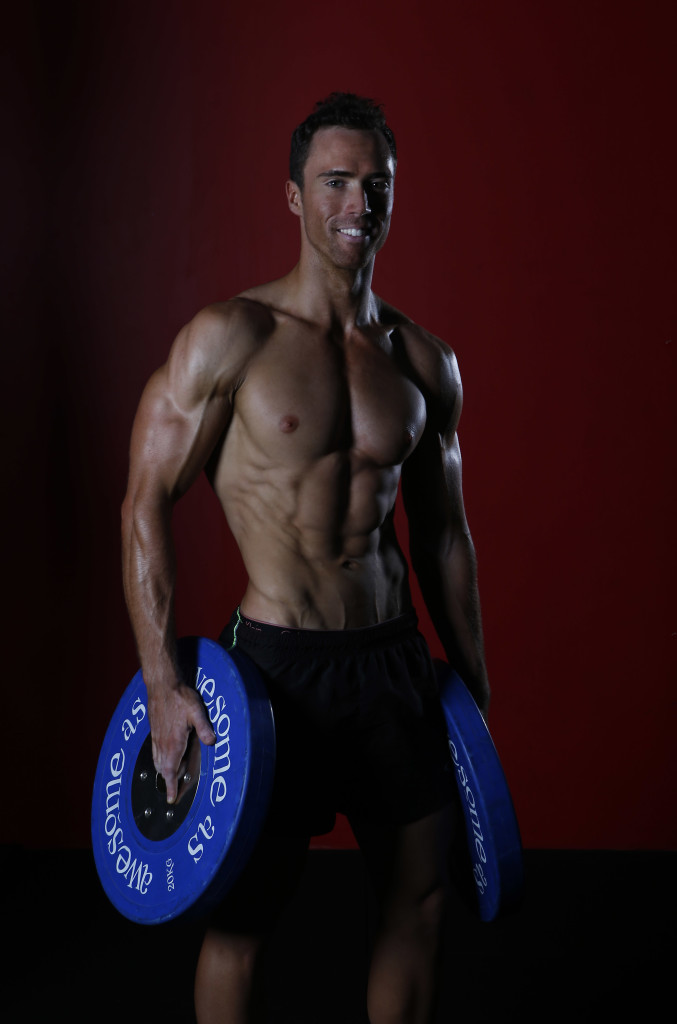 What Is The Adonis Belt?

The iliac furrow, also known as a Aphrodite’s Saddle, Hercules’ Girdles, athlete’s girdle, Apollo’s Belt, Adonis Belt, or V-cut Abs is a term for a part of the human anatomy. It refers to either one of two shallow grooves of the surface anatomy of the human abdomen running from the iliac crest (hip bone) to the pubis.

The term “iliac furrow” does not appear in any of the abstracts indexed by PubMed. It is not a currently defined term in Terminologia Anatomica, though it has been used as a formal anatomical term in the past. In modern usage, it is more common to discuss the surface anatomy in terms of nearby structures such as the inguinal ligament or iliac crest.

The term “iliac furrow” still often encountered when reading about art history, and the term “Apollo’s belt” is often used by bodybuilders and their admirers. The expression “Adonis belt” is also encountered, though less common, from the sense of Adonis as any handsome young man (cf. the myth of Adonis).

The Adonis Belt is created by the Inguinal Ligament and the Transverses Abdominus (TVA).

The Inguinal Ligament is responsible for the V shaped lines but without training the TVA (Transverses Abdominus) these lines will not be as prominent.

Adonis Belt Myths (Do YOU Believe These?!)

When it comes to building muscle and losing fat there’s a plethora of myths spread across the gyms, internet and via fitness magazines… it comes as no surprise that there are a number of myths when it comes to how to actually get a visible Adonis belt… take note of the below as if you’re caught up on any of these mistakes you’ll be merely wasting time and putting in effort while following a method that won’t get you the result (V cut adonis belt!) you want.

Sit-ups will get your adonis belt showing

The sit-up still remains the ‘go to ab exercise‘ when it comes to discussing how to get a shredded six pack, how to lose stubborn belly fat and how to get that v cut adonis belt that every guy desires. Here’s the thing… the sit-up is not a particularly effective abdominal exercise – it pales in comparison to variations of the hanging leg raise which work the abdominal region better and are safer to before (sit-ups can result in lower back injury).

You can spend all of eternity performing sit-ups, but you won’t reveal your adonis belt.

If you’re holding excess body fat you won’t have a visible adonis belt, that’s a no brainer.
However, there are no ‘fat burning foods‘ that’ll allow you to reveal your abs or adonis belt quicker than others.
In terms of fat loss via diet this comes down to HOW MUCH you’re eating, not WHAT you’re eating.

There’s many magazines, articles and personal trainers still recommending celery, grapefruit and a plethora of other foods to burn fat to reveal the adonis belt… at the end of the day a caloric deficit is the key to burning fat, not a certain food.

Everyone has a TVA and therefore given the proper diet and training, everyone can reveal their adonis belt.
Genetics can determine factors such as the shape, size and symmetry of your abdominal region, but at the end of the day the genetics excuse is just a copout. Follow the proven strategies I detail below and you’ll be able to reveal your adonis belt regardless of how bad of a hand you believe you’ve been dealt in terms of genetics. 0

You don’t get abs (or a visible adonis belt) by training them relentlessly day in and day out.
Training abs primarily increases your core strength, the ability for your body to balance and stabilize weight, the #1 most important factor when it comes to getting a visible adonis belt is your body fat level. You can train abs for hours on end and you’ll end up with a mighty strong core, however unless your body fat level is low enough (10% or less for guys, 15% or less for girls) your six pack, obliques and adonis belt will be covered by a layer of fat. 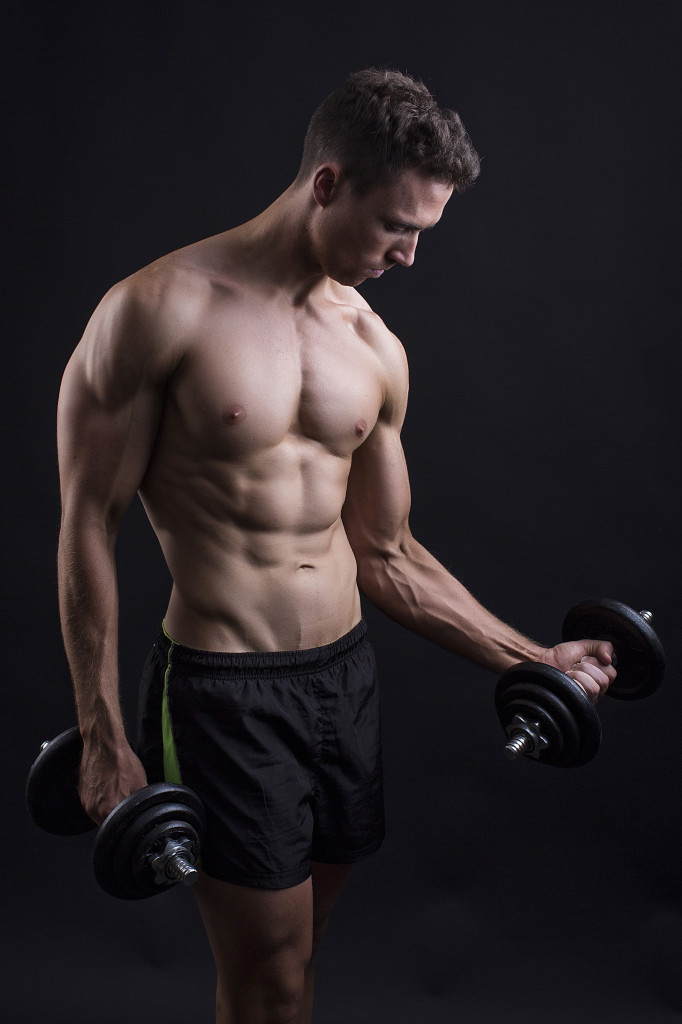 How To Develop A Visible Adonis Belt (Actionable Steps)

Developing an impressive adonis belt comes down to a few key factors, if you’ve got one but not the other you will not have a visible adonis belt. Don’t neglect one or the other.

Unless you’ve been blessed with great adonis belt genetics you’re going to need to lower your body fat to 10% or below in order to properly reveal your adonis belt.
From my experience the area around your lower abdominals and hips is the last place to lose fat, so don’t be surprised if you’ve got a visible 4 or 6 pack and your TVA still isn’t protruding through… continue to lower your body fat and it will come.

The old saying ‘abs are made in the kitchen’ is very true. You can do as many crunches and hours of cardio as you want however unless you’re in a calorie deficit (this is assuming you’re not in the single digit body fat range) you’re never going to see your abdominal muscles.

Conventional ab exercises build the strength of the abdominal muscles, they don’t spot reduce fat. Fat cannot be spot reduced – it is burned at an event rate across the entire body (albeit, some individuals will hold fat in certain areas for longer than others due to genetics).

A calorie deficit is the act of consuming FEWER calories than your body requires to maintain its current condition. Not sure how to calculate your calories or enter a calorie deficit? Check out my guide here.

Practise Self Discipline (Be Consistent & Patient!)

Maintaining a calorie deficit and entering the single digit body fat range to reveal those shredded six pack abs is in my eyes, one of the ultimate tests of patience. You can’t cheat the system – you can’t go to Walmart and buy a pair of six pack abs, that’s what makes them so desirable – they’re rare because today everyone is after the quick fix, the instant gratification. Unfortunately getting abs takes time, I can’t give you an exact timeframe as this depends on your body type, your current body fat level and the size of the caloric deficit you place your body in.

“It takes as long as it takes” – Victor Pride

And it sure as hell is worth it.

Developed TVA muscles form the ‘V’ shape that is ever so desired. As I mentioned earlier, sit-ups are not the key to revealing that adonis belt and strengthening your TVA.
The TVA is primarily used for stabilization… squats, deadlifts, military press – these big heavy compound movements that require core strength to stabilize your position in relation to the weight will assist in building up your TVA.

What’s Your Take On The Adonis Belt? Let Me Know In The Comments Below!

Scott J.https://ignorelimits.com
I’m SJ. I’m a fitness enthusiast and published author. I transformed my body from a skinny fat 135lbs with 18% body fat to a solid 192lbs at 8% body fat. I became qualified in a field I was passionate about. I founded several online businesses that allow me to pursue ideas and projects in my life that I am passionate about without having to constantly worry about money. I published several eBooks explaining the training and dieting techniques I used to achieve the body I have today. I learnt a plethora of new information on dieting and fitness by reading and applying what I read, to find out what does work and what doesn’t work, because as I’m sure you’ve noticed the health and fitness industry is full of non-sense claims and BS. I found out what was true and what worked for me and applied that knowledge. And you bet I had fun during the whole process.
Previous article
Caffeine Nap – The 20 Minute Method For Immense Energy & Focus
Next article
3 Tips To Increase Vertical Jump

There Are Two Kinds of Pain in This World…